BEIJING, Dec. 8 (Xinhua) — For the past nearly three years, President Xi Jinping has been leading China in fighting the COVID-19 epidemic.

Xinhua reporters recounted some of the key moments and stories of how Xi, who is also general secretary of the Communist Party of China (CPC) Central Committee and chairman of the Central Military Commission, has led the nation through the most challenging moments all the way toward victory.

In early 2020, central China's Hubei Province bore the brunt of the epidemic. The provincial capital Wuhan was particularly hit hard.

On the eve of the Lunar New Year, the most important holiday for the Chinese people, Xi had a sleepless night, with COVID-19 clouding festivities.

The next day, Jan. 25, Xi convened a meeting of the Standing Committee of the Political Bureau of the CPC Central Committee on epidemic control. He told his six colleagues on the standing committee that the situation was pressing and they needed to study the issue together. "I could not sleep well on the eve of the Lunar New Year," Xi said.

On Feb. 10, 2020, when the cumulative number of confirmed COVID-19 cases in Beijing reached 342, Xi, wearing a mask, visited a residential community, a hospital and a district disease prevention and control center.

He held out his wrist to have his body temperature checked upon entering every location. Xi chatted with residents in a street, asking them about the prices of vegetables.

"Let's not shake hands at this unusual time," Xi said. "We must have confidence that we can prevail over the epidemic."

"We can absolutely beat it," the residents responded.

On March 10, 2020, Xi visited a residential community in Wuhan. On that day, the daily number of new confirmed cases on the mainland dropped to 24, but Wuhan still had 14,514 COVID-19 patients. The task of containment remained arduous.

Walking between apartment blocks, Xi looked up and waved to residents under lockdown who stuck their heads out of their windows and balconies to greet him.

"Let's keep it up! Hold on for a little longer!" Xi said.

Speaking at a symposium in Wuhan, he made a special request for officials to supply more fish, a favorite food of the Wuhan people.

'I Am Really Impressed'

In May 2020, at the annual session of the National People's Congress, Xi talked about an interview of a local hospital president that impressed him.

"So many people worked together to save a single patient. This, in essence, embodies doing whatever it takes (to save lives)," Xi said. "I am really impressed."

In March 2020, Xi lauded medical workers as "the most beautiful angels" when he inspected the command center of Huoshenshan Hospital in virus-hit Wuhan.

Xi noted that medical staff, including military medical personnel, rushed to Hubei and Wuhan without hesitation after the epidemic outbreak, and have made important contributions to curbing the epidemic.

Xi has been emphasizing the need to balance epidemic control and economic development over the years.

On March 29, 2020, when he inspected coastal Zhejiang Province, Xi visited Ningbo-Zhoushan Port whose throughput had recovered to normal levels due to the timely measures it adopted to resume production.

He called for efforts to blunt the adverse impact on cargo shipping brought by restrictive measures adopted by various countries to fight the coronavirus. He also urged facilitation for the country's smooth trade flow.

During the epidemic, he went to places including Zhejiang, Shaanxi and Shanxi provinces to oversee production resumption and poverty reduction.

In 2020, China was among the first countries in the world to resume work and reopen schools and businesses. In 2021, China registered a GDP growth rate of 8.1 percent, among the fastest in the world's major economies.

On Sept. 8, 2020, a national meeting honoring heroes in the fight against the COVID-19 epidemic was held at the Great Hall of the People in Beijing.

"Are you keeping well?" After having a photo taken together with the honored, Xi stood up and greeted then-84-year-old epidemiologist Zhong Nanshan.

Zhong was one of those who had been awarded by Xi in person the Medal of the Republic or the title of the People's Hero for rendering meritorious service and making outstanding contributions in the COVID-19 battle.

A Slew of Leadership Meetings

Under Xi's leadership, the nation was quickly mobilized and took a myriad of containment measures in accordance with various epidemic situations. This made it possible for China to curb the spread of the virus and protect the lives and health of the Chinese people to the greatest extent.

When the COVID-19 pandemic continuously wreaked havoc across the world, China came into the global spotlight with the Beijing 2022 Winter Olympics culminating with fruitful outcomes.

Under the leadership of Xi, China fulfilled its promise to deliver streamlined, safe and splendid Games to the world.

China's COVID-19 response policy has once again withstood the test, contributing useful experience for the world to battle the virus and host major international events, Xi said at a commendation gathering for the Beijing 2022 Winter Olympics and Paralympics.

"As some foreign athletes said, if there were a gold medal for responding to the pandemic, then China would deserve it. I would say that this gold medal belongs to all the staff involved in hosting the Games," said Xi.

In the strenuous fight against the virus, China has been committed to safeguarding people's lives and health. Meanwhile, it has taken due responsibility for the public health of the international community.

Under Xi's leadership, China initiated the country's largest global emergency humanitarian assistance since 1949. It sent medical experts and anti-virus materials around the globe. It provided over 2.2 billion doses of vaccines to more than 120 countries and international organizations.

Meeting with Xi in Beijing in February 2022, then Pakistani Prime Minister Imran Khan expressed gratitude to the Chinese side for helping his country fight COVID-19. "The vaccines offered by China have not only saved our people, but also our economy," he said. 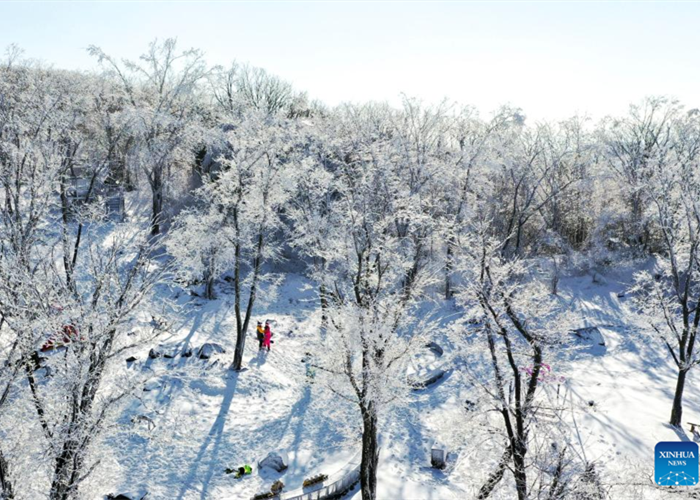 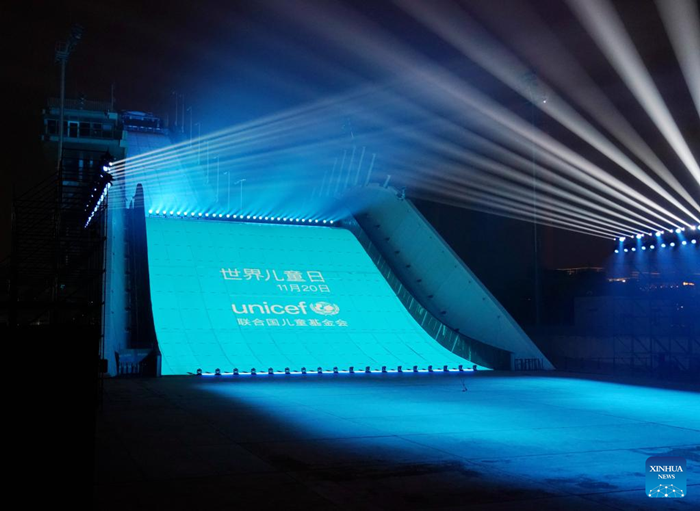