Sign in  Register
Give Your Comments
NewsletterClose
People / Sportswomen in China 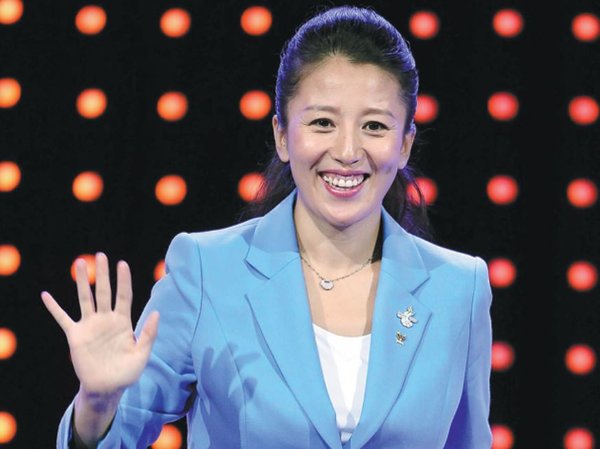 China's Winter Olympic speed skating champion Yang Yang has been nominated for the position of vice-president of the World Anti-Doping Agency (WADA). [For China Daily]

China's Winter Olympic champion Yang Yang has been nominated by the International Olympic Committee for the position of vice-president of the World Anti-Doping Agency (WADA).

She was an IOC member from 2010-18, and a member of the IOC marketing commission.

"The IOC executive board has nominated Ms Yang Yang, an Olympic champion from China, as the representative of the Olympic Movement for the vice-presidency of WADA," the IOC said in a statement on Wednesday.

Last week, WADA nominated Witold Banka, Poland's minister of sport and tourism and a former 400m sprinter, as its preferred candidate for the position of WADA president when Scotland's Craig Reedie steps down at the end of this year.

The president and vice-president will be formally elected at the World Conference on Doping in Sport 2019, which takes place in Katowice, Poland, from Nov 5-7, and each will assume their role for a three-year term from Jan 1, 2020.

Meanwhile, the IOC executive board has approved major changes to the principles concerning future election of Games hosts.

"With Olympic Agenda 2020, we revolutionized the candidature process. Now we are looking into the evolution of this revolution," said IOC president Thomas Bach.

Five leading principles have been put forward in electing hosts: preserving the magic of the Games; ensuring a once-in-a-lifetime experience for the world's best athletes; finding the best host for the world's best athletes; preserving the IOC's prerogative to elect hosts for the Olympic Games and Youth Olympic Games; maintaining the fundamental principle of universality.

The new principles aim to provide additional flexibility regarding potential Games hosts, the location of Games venues and the procedure leading to the election of hosts.

Other key proposals include establishing a permanent, ongoing dialogue to explore interest among cities, regions, countries and National Olympic Committees to host the Games; creating two Future Host commissions; and making election timings flexible and adjusted to the context and needs.

In other news, the IOC has set up a vote next month on removing boxing governing body AIBA from organizing bouts at the 2020 Tokyo Games.

The IOC executive has proposed suspending the AIBA - a move that will go before the full IOC membership at its June 24-26 annual meeting. However, the IOC intends to keep boxing's 13 medal events on the Tokyo program.

AIBA's finances, governance and integrity of judging and refereeing have been investigated for six months by a panel of three IOC members, who released their report on Wednesday.

A key factor proved to be the continued influence of Gafur Rakhimov, the AIBA president from Uzbekistan who stepped aside in March. He is on a US Treasury Department sanctions list for suspected links to organized crime and international heroin trafficking.

Rakhimov's election six months ago "exposes the IOC, the Olympic Movement stakeholders and its partners, to unacceptable reputational, legal and financial risks," the inquiry report said, citing problems for sponsors and sports officials.

Switzerland-based AIBA now looks sure to be rejected next month despite wide-ranging reforms over the past two years.

"There has been a lack of satisfactory progress," said the IOC, whose board followed the inquiry panel's recommendations that all areas of concern were unresolved.

Though Russian boxing official Umar Kremlev has publicly offered to clear AIBA's $16 million debt, the inquiry report questioned the due diligence of "background checks on the origin of funds."