Passing through the gates into the Mediterranean's busiest terminals near the Greek capital of Athens, mountains of perfectly stacked containers immediately filled the sight.

With huge cranes precisely maneuvering over fully loaded super container ships, and cargo trucks shuttling back and forth through the "mountains" delivering iron boxes directly between the vessels and the China-Europe Land-Sea Express trains, it is difficult to remember what the Piraeus Port was like during the Greek debt crisis. 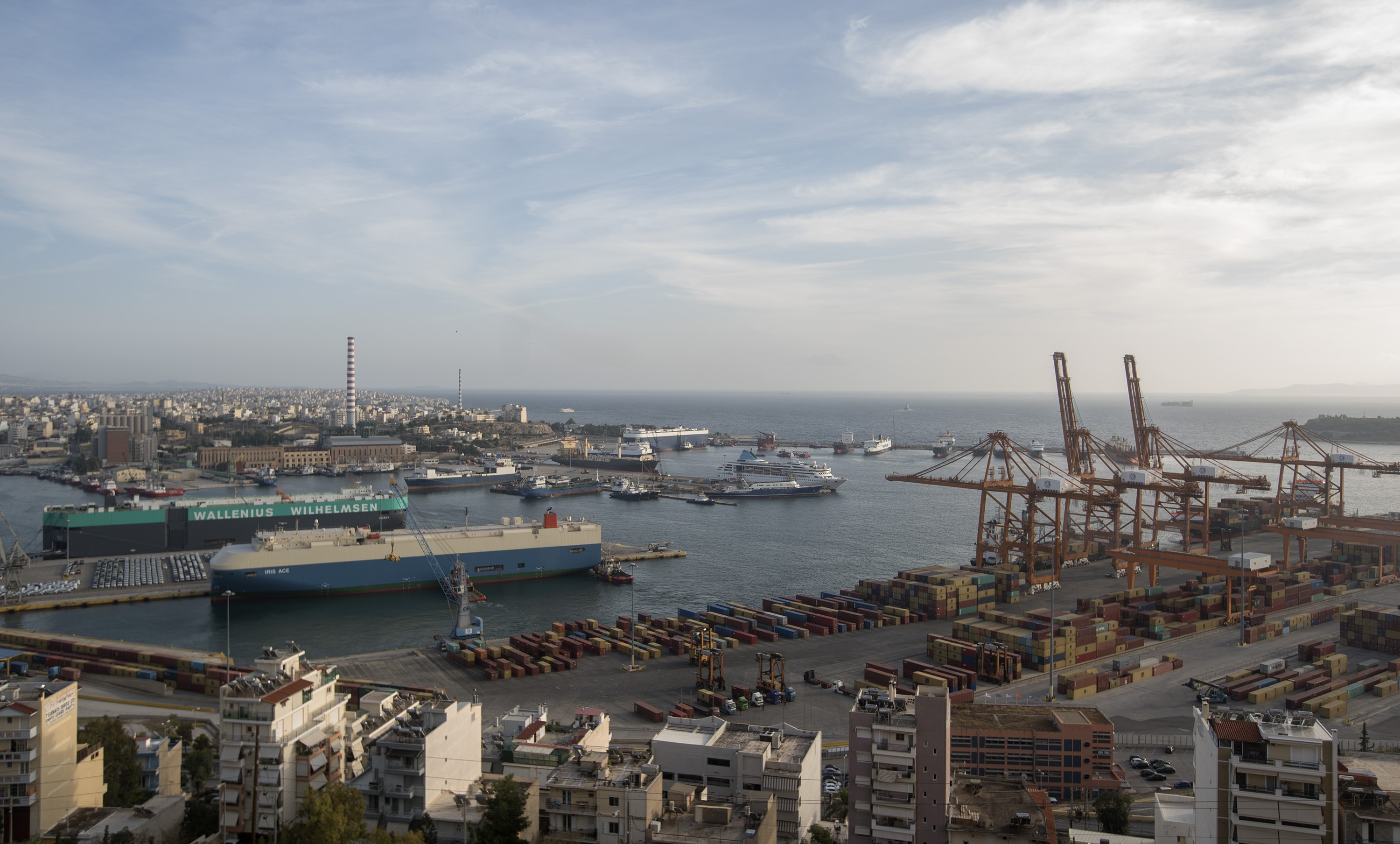 Greece has come to a deep understanding of the true meaning of "friends" through the Piraeus Port cooperation with China, Greek Prime Minister Kyriakos Mitsotakis told Chinese President Xi Jinping on Monday during their visit to the port.

In 2009, when the European country was drowning in debt, a subsidiary of China Ocean Shipping Company, also known as COSCO, invested in and started managing the Piraeus Port's container terminals. In 2016, COSCO acquired a majority stake in the port and formally took over its management and operation.

After 10 years, the project has created direct and indirect employment for over 10,000 locals, and has built the Piraeus Port into the largest port in the Mediterranean region and one of the fastest growing container terminals in the world, with its global ranking rising from 93rd in 2010 to 32nd at present in terms of container capacity.

"We do respect that when all Greece was suffering because of the financial crisis, COSCO SHIPPING was investing huge amounts in the port of Piraeus, creating hundreds of new jobs for the local people and contributing to the national economy," Tassos Vamvakidis, commercial manager of Piraeus Container Terminal (PCT), told Xi during the Chinese president's talks with local employees.

Xi and his wife Peng Liyuan, accompanied by the Greek prime minister and his wife Mareva Grabowski-Mitsotakis, were warmly welcomed by Chinese and foreign employees waving national flags of the two countries upon their arrival at the Piraeus Port. 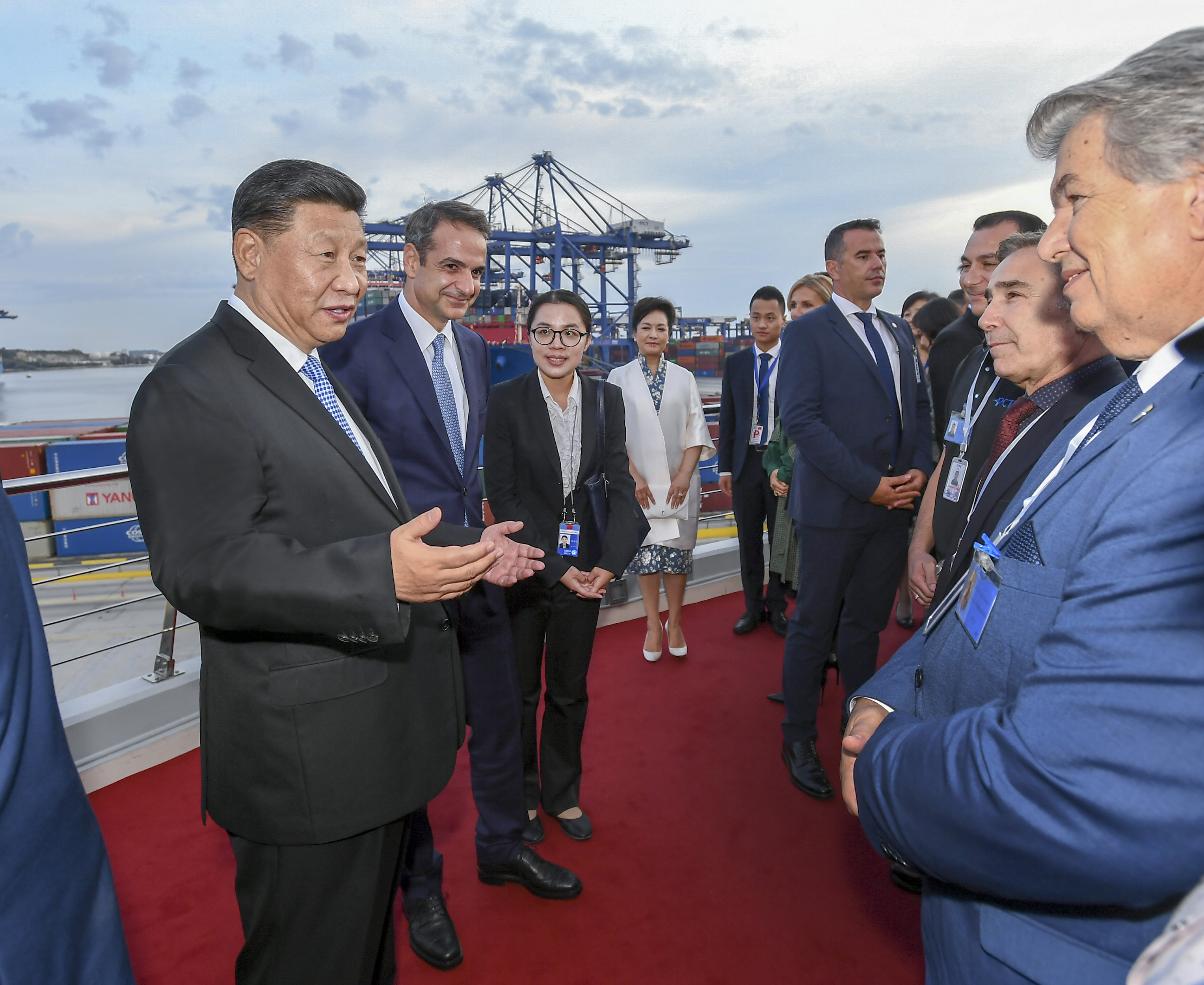 Chinese President Xi Jinping talks with representatives of local staff members as he visits the Piraeus Port in Greece, Nov. 11, 2019. Xi and his wife Peng Liyuan, accompanied by Greek Prime Minister Kyriakos Mitsotakis and his wife, visited the Piraeus Port on Monday. [Xinhua]

Talking with Xi about their work and lives, representatives of local staff extended heartfelt gratitude to COSCO, saying they now enjoy stable jobs and happy lives thanks to the Chinese company.

"I am very happy and honored to work for COSCO SHIPPING family that I joined since its first day in Piraeus Port," Vamvakidis said. The 62-year-old has been working in the port for over 45 years.

"The management of the company has always been equal to the Chinese and Greek colleagues," he told the Chinese president. "Chinese and Greek people are very close. We respect and appreciate each other, although from different countries, but we have the same great culture and common goals."

"We have also many common things. Family and respect is the most important," he added.

"Good evening, my name is Kyriakos Milapidis, I am married and have a 9.5-year-old baby boy who was also the firstborn in our company," a crane operator shared his pride with Xi.

"I feel very fortunate to be in COSCO's family for providing me with security and dignity in a time of great crisis for my country," he told Xi. "I am happy and proud to work in a nice environment with people I appreciate and will continue to do my best." Patricia Zigou, assistant manager of Ro-Ro Terminal Department of the Piraeus Port Authority, also expressed appreciation for joining the COSCO SHIPPING family in her chat with the Chinese president.

"As a woman and a mother, I would like to acknowledge the support I receive, and the active role I am encouraged to play on a daily basis in the workplace and in the business leadership," she said.

"The most impressive to me is President Xi's vision," Vamvakidis, who attended the first Belt and Road Forum for International Cooperation in Beijing in 2017, told Xinhua of his thought about the Chinese president's speech.

With the Piraeus Port becoming a key node in the Belt and Road, Vamvakidis and his colleagues said they feel very proud and have full confidence in the port's future. 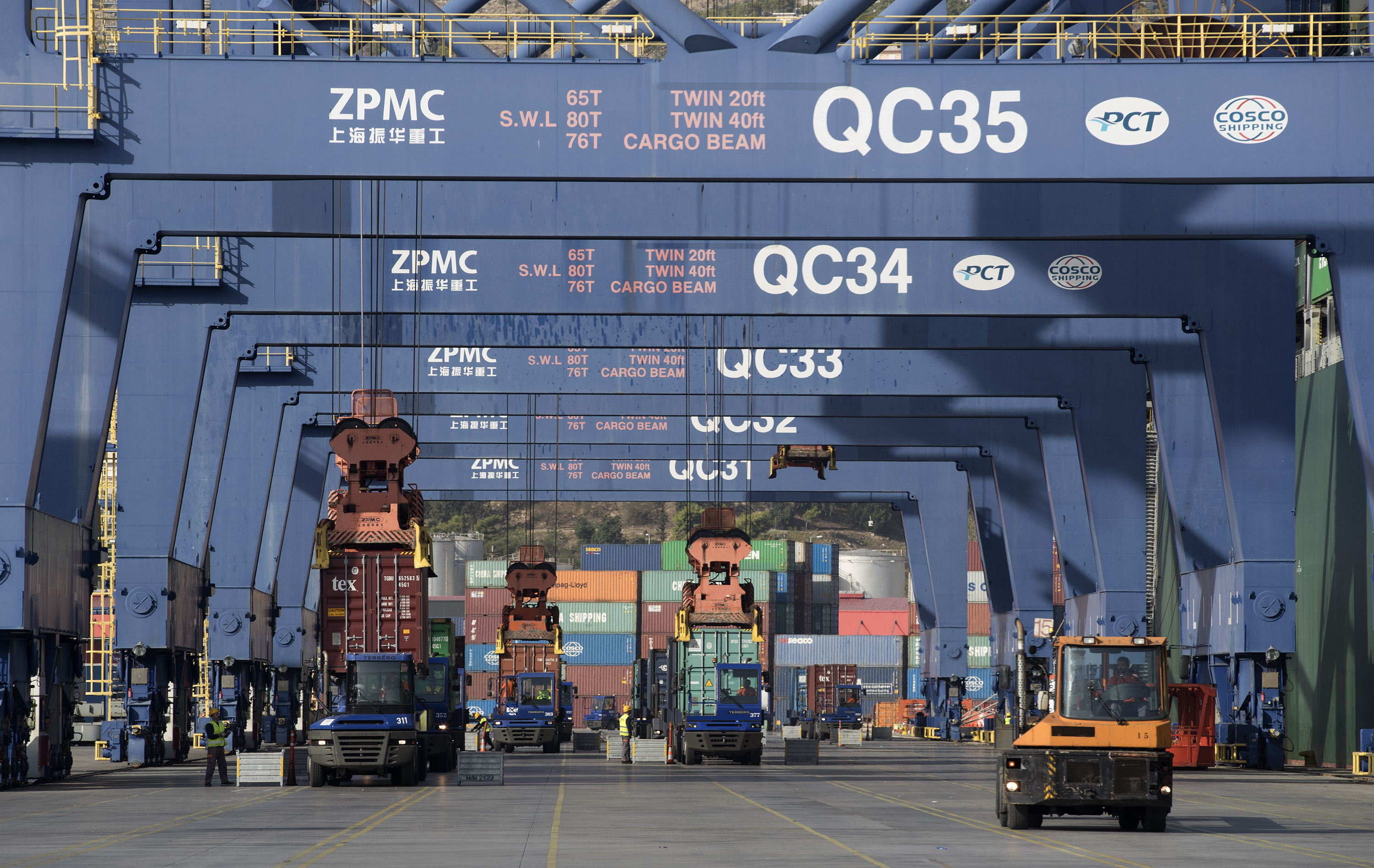 The Piraeus Port project "has been a success not just for the Greek people and Chinese companies, but also for the region and all our business partners," Vamvakidis said.

Delighted to visit the port, Xi said that seeing is believing, and that he has seen here today that the China-proposed Belt and Road Initiative (BRI) was not a slogan or tale, but a successful practice and brilliant reality.

Noting that the BRI upholds the principle of extensive consultation, joint development and shared benefits, Xi said no one makes decisions for others, and instead all participants share responsibilities and benefits in BRI cooperation.

Expressing his confidence in the unlimited prospects of the Piraeus Port, Xi said the cooperation fruits will continue to benefit the people of both countries and the region. He also conveyed his wish that the two countries will continuously make new achievements in their cooperation.

For his part, Mitsotakis said facts have proved that the Piraeus Port project is mutually beneficial. 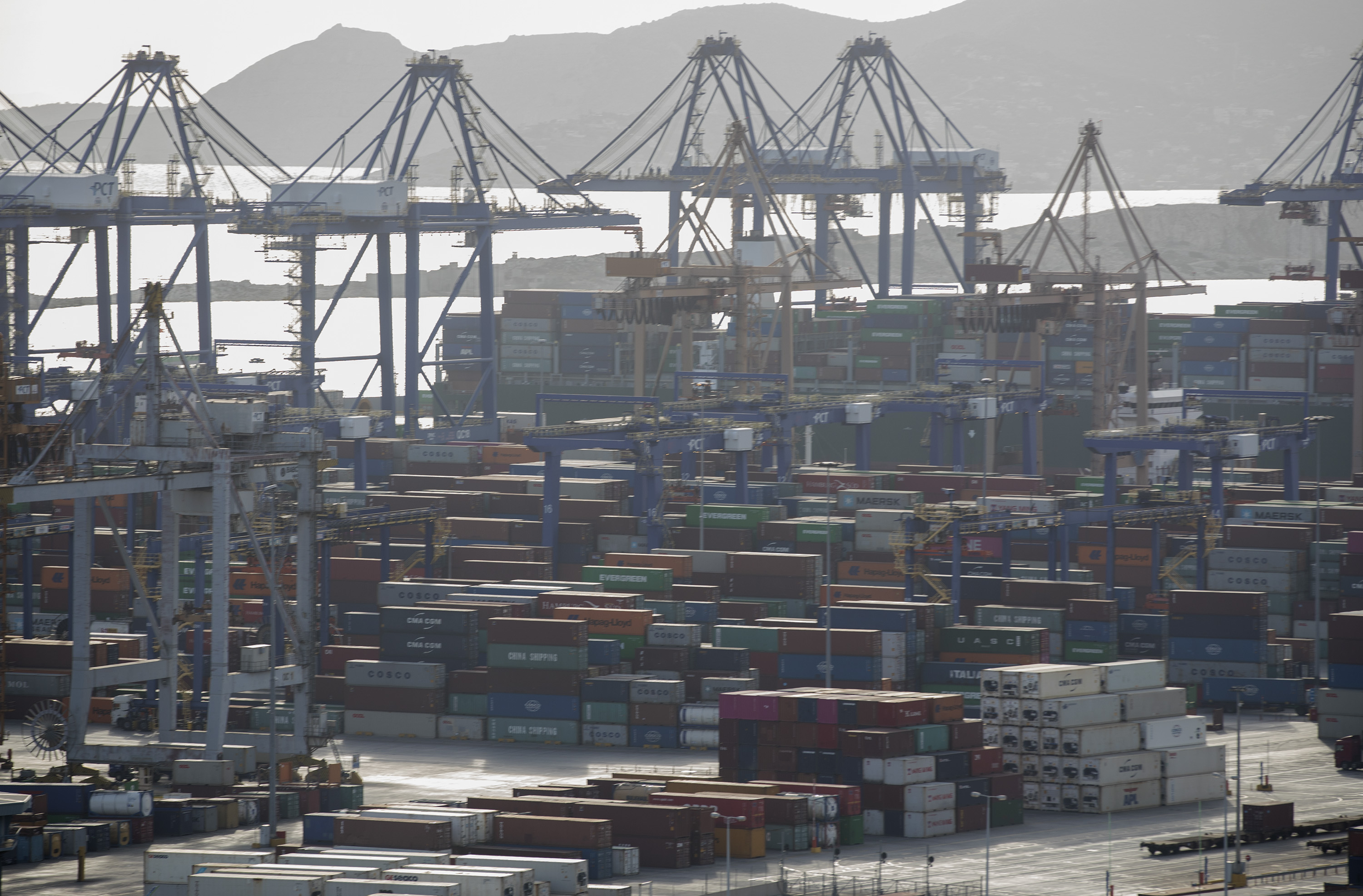 Greece is willing to join efforts with China to further expand and strengthen the Piraeus Port project and make it a paragon in the joint construction of the Belt and Road, Mitsotakis told Xi.

The Chinese president arrived in the Greek capital of Athens on Sunday for a three-day state visit to the European country.