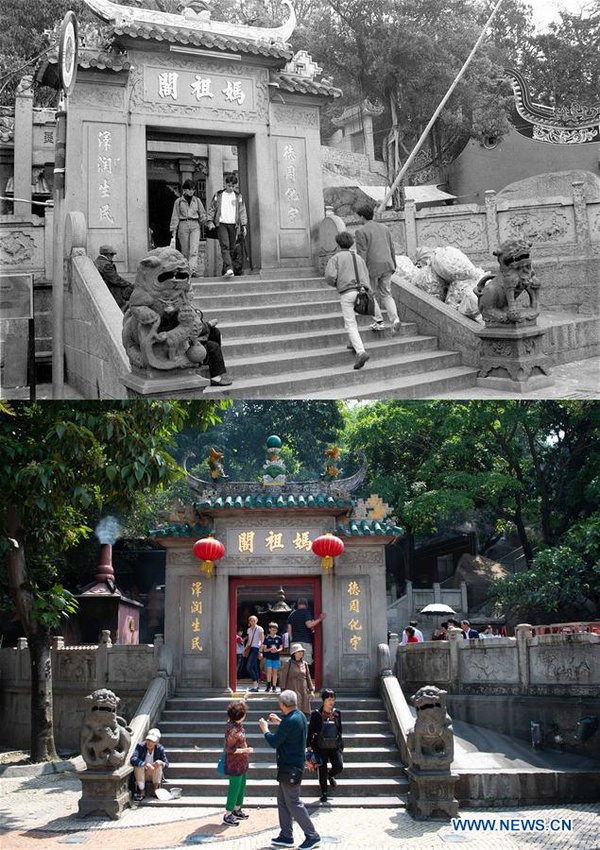 The local judicial system has played a key role in keeping the Macao Special Administrative Region stable during the process of practicing the "one country, two systems" principle since China resumed sovereignty over the region 20 years ago, said a leading judicial official.

Macao's judicial system has proved effective in maintaining social order and stability as well as curbing crime, while the courts have been dealing with an increasing number of cases that affect social stability in recent years, said Sam Hou Fai, president of the Court of Final Appeal of Macao.

"By handling those cases in a timely manner, we've ensured that they won't threaten regional stability," Sam said in a recent interview.

For example, the court upheld a police decision to decline two people's request to hold demonstrations in September and October against Hong Kong police's so-called violence against protesters.

The Basic Law of both Macao and Hong Kong state that the two administrative regions should not interfere with each other's administrative affairs. If Macao allows such protests, it could be seen as interference in Hong Kong's law enforcement. So the court ruled against the protests being held, Sam said.

He said courts in Macao have attached particular importance to handling cases that endanger national security or interfere with the governance of Macao, as stability of the country is the foundation of the healthy development of "one country, two systems".

Macao has established a judicial and enforcement framework to safeguard national sovereignty and security including passing a law safeguarding national security based on the Basic Law of Macao in 2009.

"Also, the courts require that cases involving the endangerment of national security must be tried by judges who are Chinese citizens," Sam added.

Some Macao judges are citizens of foreign countries.

Macao's judicial system needs to be more capable of dealing with situations in which external forces try to interfere with Macao's governance and pose threats to social stability, he said.

Since Macao returned to the motherland in 1999, the courts have been pushing to use Chinese as the official language during trials. Currently, more than 70 percent of rulings handed down by the Court of First Instance and the Court of Final Appeal in Macao are in Chinese or in both Chinese and Portuguese. Meanwhile, the number of judges has increased to 48 from 23 when the SAR was first established.

More than 80 percent of the judges have attended training sessions hosted by the Supreme People's Court, the country's top court, to learn about the judicial system and culture of the country so they can gain a better understanding about the principle of "one country, two systems".

Zhang Yi contributed to this story.