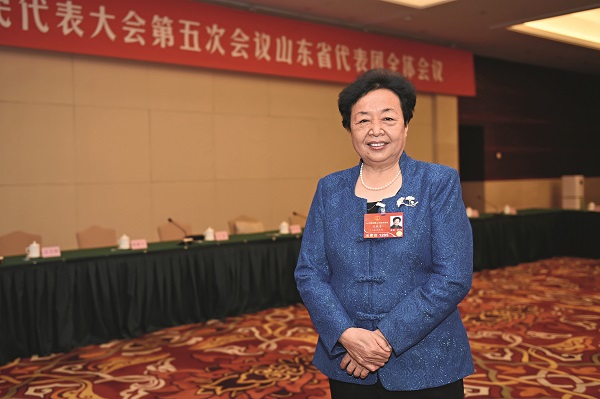 "General Secretary Xi said we should create a 'Shandong model' of rural revitalization. Afterwards, we studied his guidance, mulled it over and examined our current work, trying to work out how to do it. Now, through learning and exploring, we are steadily moving, on the right track, in line with Xi's requirements," Wang says.

Wang is secretary of the Wulidun Village Party Branch. Wulidun was once an impoverished village, with poor natural resources, and where villagers lived difficult lives.

"Starting from scratch, we first grasped an opportunity to develop a building-material (bricks and tiles) industry, and we accumulated our first bucket of gold. In 1990, we realized the centralized management of land, by leasing land from villagers. Villagers received rent for the land, and they were also paid for working at enterprises. As a result, their incomes were significantly increased, and their lives were improved. In 1996, we began to develop a circular-economy model that combined agriculture and animal husbandry. Not only did we achieve prosperity ourselves, we also helped surrounding villages get rid of poverty," Wang recalls.

Wang is "very proud" of the new look of Wulidun. Most of the villagers drive cars and live in big houses, and every household has a stable income, and a business. With life getting better and better, their dream of common prosperity has become a reality.

"I have devoted myself to the development of agriculture and rural areas during the past several decades. Now, we are at a critical juncture in fully advancing rural revitalization. As an NPC deputy, it is my bound duty to identify our weaknesses, make up for our shortcomings, and put forward suggestions on the future rural development."

This year, Wang made three proposals, each of which focused on rural revitalization. "The first one is to promote the cultural revitalization of the countryside. The second is to strengthen the protection of our farmland. The third is about improving the efficiency of agricultural land," she says.

Standing at a new, historical starting point, Wang has set new goals. "First, we need to reconstruct and upgrade the village. Second, we will build our educational park well. Third, we will promote the building of a rural complex, which refers to a comprehensive development model that combines modern agriculture, leisure tourism and the rural community.

"We will continue to develop our agricultural and animal husbandry industries, drive the development of surrounding areas, and encourage more people to dedicate themselves to the great course of rural revitalization." 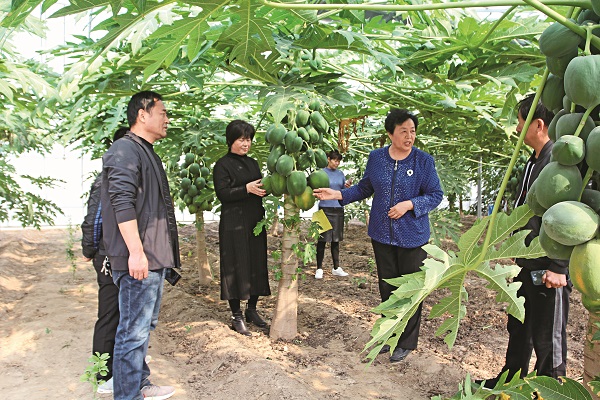