TAIYUAN, July 31 (Xinhua) — "Every step I took was as if I were treading upon the points of sharp knives, which was a feeling shared by the little mermaid in Hans Christian Andersen's story. I wondered if I was also a sea princess," Zhang Junli laughed, recalling the time when she was able to walk.

Zhang, 44, was diagnosed with rheumatoid arthritis at the age of six and lost most of her joint functions by the time she turned eight.

With worried parents and growing tired of being confined to her bed all day, Zhang decided to take back her childhood hobby of drawing.

"I realized that the most miserable life is not being occupied by endless work but idling the days away," Zhang said.

The journey to becoming an artist was not easy. Zhang's joints and fingers were entirely stiff and she could only wedge the brush between her thumb and index finger, angling her shoulder and adjusting the pressure she applied to the canvas.

Used to lying on her right side, Zhang found it hard to reach her paintbrush to the lower left corner of the canvas as she was unable to move the canvas at will.

She racked her brain, eventually deciding to practice drawing with her left hand. As her joints and hands were largely paralyzed, she had to use her left hand to hold the paintbrush like a sword, placing her left hand over her right, which was supporting the canvas at the same time.

"I was disappointed and often burst into tears when the canvas was spoiled by my inability to control the paintbrush," Zhang recalled. She still runs into difficulties occasionally when she draws long lines, even after more than 20 years of practice.

As a fan of animated films, Zhang was drawn to the stylized eyes, hairstyles, and costumes of the characters, and replicated them on her canvases.

Unexpectedly, her work was published in a local sci-fi magazine. Zhang's parents were thrilled, showing off her work to colleagues, neighbors and relatives.

"Since I became ill, my mother was in low spirits and I aspired to make her feel proud of me. And my wish has come true," Zhang said.

Zhang has since determined to become a professional cartoonist, hoping to change her life by drawing cartoons.

Gradually, she found that she was unable to paint many scenes she had envisioned as she had never received any professional training. In 2004, she was deeply unhappy with a painting she had spent six months working on, and this crushed her confidence and dreams.

For the next few years, Zhang stopped drawing comics.

In 2005, her parents, who were under financial pressure to send their two other children to college, bought her a laptop for 6,000 yuan (around 889 U.S. dollars). Zhang gradually emerged from her slump and began to write online. Like painting, reading books and writing worked to shield her against loneliness and illness.

Zhang writes novels using a small wooden stick to tap on her keyboard.

"So many stories come to mind every day, and when I can't draw them, I write them down," Zhang said. She has written four online novels and an autobiography titled "My Existence."

But she still couldn't give up her dream and decided to start her formal training with basic sketching at the age of 31. She learned from online courses and drew her sketching materials on coarse paper, as she was unable to afford gypsum geometry blocks and sketching paper.

After practicing sketching for five years, Zhang dabbled in oil painting. She couldn't go out to see nature, so she drew using her imagination and the photos that her friends and relatives took.

Her favourite work is one of a little girl running with passion on the Chaka Salt Lake, known as China's "Mirror of the Sky." She named it "Aspiration."

"The little girl is me," Zhang said.

She now runs an online store, Lili's Easel, where her works are available for sale. She has sold more than 200 paintings to date.

An exhibition of her works was recently held in Taiyuan, capital of north China's Shanxi Province, and it received widespread recognition.

She hopes that her paintings will be exhibited in different cities, and that she will be able to see the scenery she has painted.

"In fact, my biggest wish is to hug my parents one more time, for it has been hard for them holding me up all my life," Zhang said. 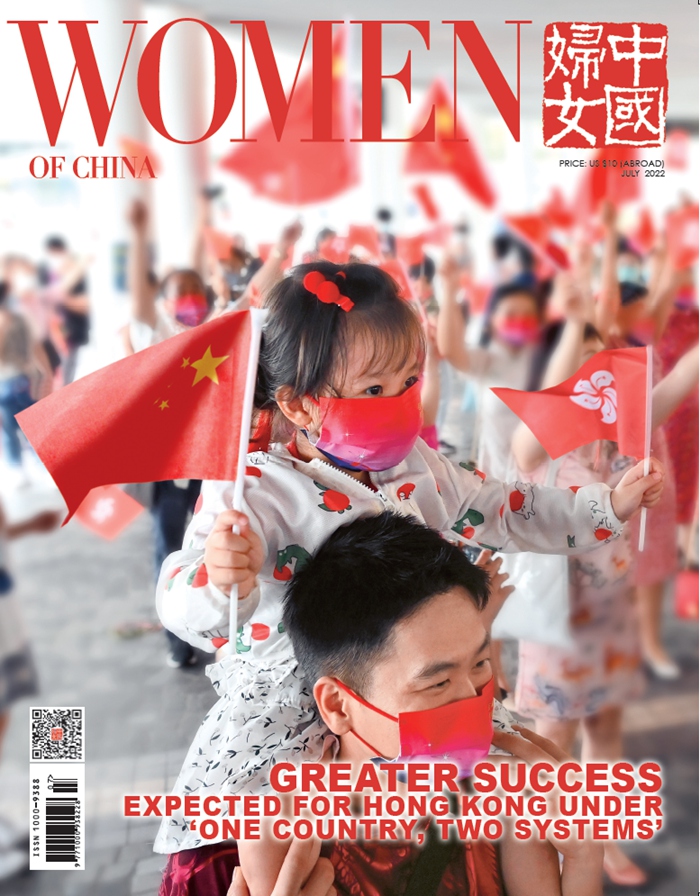 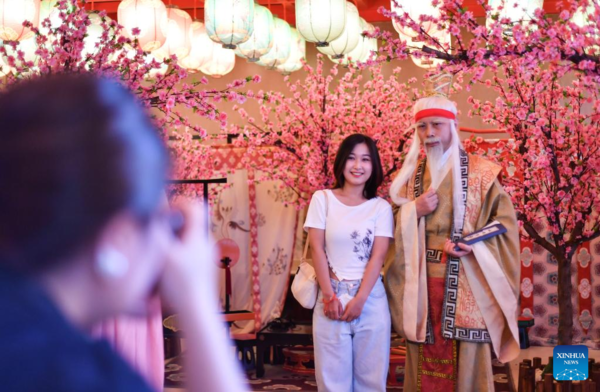