BEIJING, Nov. 7 (Xinhua) — World Anti-Doping Agency (WADA) vice president Yang Yang of China confirmed that she is ready to run for another three-year term (2023-2025) in the position, with the world anti-doping governing body set to hold elections for second terms for president and vice president next week.

WADA president Witold Banka of Poland will also run for re-election at its foundation board meeting on November 18 in Montreal, Canada.

In 2020, Yang, China's first ever gold medalist in a Winter Olympics, began her role as WADA vice president.

In her career as an athlete, Yang has won two gold medals, two silver and one bronze for short track speed skating at the Olympic Winter Games in Salt Lake City, Nagano and Turin.

She has also had a distinguished career in sports administration as a member of the International Olympic Committee from 2010-2018, a member of WADA's Athlete Committee from 2003-2013. In 2016, she was elected as the first woman speed skating council member for the International Skating Union in its over 100-year history. In 2017, she was appointed chair of the athlete's commission for the Beijing 2022 Olympic Winter Games.

Looking back over the past three years, Yang believes that WADA has been undergoing a series of governance reforms, including strengthening athletes' representation within the agency, enhancing anti-doping education, pushing the boundaries of scientific and technological advancement, and collaborating with all stakeholders across the world.

"Although I retired many years ago, I still think like an athlete. My top priority is placed on the athletes, and it always will be," Yang told Xinhua in an exclusive interview.

Yang and Banka, a former 400-meter runner and Poland's former sports minister, complemented each other well as former athletes, and under their leadership, WADA is becoming more athlete-centered.

One of the most obvious changes in the governance structure, Yang said, is a new and reformed 20-member WADA athlete council replacing the previous 12-member WADA athlete committee. And by 2023, the athlete council chair will sit on WADA's executive committee, which is in charge of the management and running of the agency; and two council members will sit on the foundation board, which is WADA's highest policy-making body.

A pilot project for Athletes' Anti-Doping Ombudsmen has been set up in a bid to help them navigate the system.

WADA is paying more attention to education in the protection of clean sport. Yang stressed the importance of educating from the very beginning, not just on matters of "detection and punishment", but also on "prevention and support".

Yang said: "I believe that most of athletes start out clean and wish to be a clean sporting champion. No child dreams of becoming a champion by breaking the rules. If they receive anti-doping education as early as possible, they can be kept that way."

Having just attended the Global Education Conference in Sydney, Australia in September, which attracted over 300 participants including representatives of National Olympic Committees (NOCs), anti-doping practitioners and researchers, Yang was happy to see all Anti-Doping Organizations (ADOs) and governments gradually embracing education.

One of the topics Yang emphasized in education is the important role and influence that coaches, parents, medics and others play in the lives and careers of athletes.

Yang said that China has zero tolerance to doping in sport, puts education front and center and makes team administrators feel a sense of urgency in ensuring zero occurrence.

Yang said it is important that China has recognized more than 1,700 national and provincial anti-doping lecturers, most of whom are trained to educate athletes from a very young age. Meanwhile, each Chinese national team establishes personnel specializing in anti-doping coordination.

"When I was an athlete, there were no such measures. I believe these can be shared with all anti-doping community," added Yang.

Yang said WADA is providing athletes tools they need to compete clean throughout their careers. One of the tools is Anti-Doping Education and Learning Platform (ADEL). The new ADEL has attracted more than 100,000 (100,013) users, of which almost three-quarters (71,404) are athletes. The number of courses completed since its re-launch in January 2021 is more than 300,000 (305,645).

The role of science and technology has always been crucial to the success of the anti-doping system. Yang pointed to the fact that WADA has led a global collaboration in the area of scientific research, innovative new testing method, artificial intelligence and 'big data'.

In May 2022, WADA's foundation board approved increases to WADA's overall budget for 2023-2025, which will also increase funding for scientific research.

Yang said: "From WADA's perspective, it is important that we keep pushing the boundaries of scientific and technological advancement."

Yang mentioned WADA's scientific cooperation with the Fonds de recherche du Quebec. "The cooperation with innovative research groups is pushing the boundaries of our knowledge. Indeed, the promising results we have seen for how artificial intelligence research can be used to advance anti-doping are very encouraging, especially as it relates to the interpretation of 'big data'. I think that AI still has much to deliver in the coming years. This is very exciting for us."

Another example shared by Yang from scientific cooperation is dried blood spot analysis. The China Anti-Doping Agency, along with a number of other key partners, has formed a pivotal part of the consortium that developed and implemented the innovative new testing method.

Yang said that WADA welcomes alternative revenue sources, including private funding, to complement the contributions it receives from the sport movement and governments of the world.

In April 2022, the WADA signed a historic sponsorship agreement with Africa-based broadcaster SuperSport, with this partnership the first of its kind.

"I believe that everyone who loves sport knows the importance of clean sport. We hope to find more enterprises which recognizes the value and vision of WADA and broader anti-doping community to become our sponsor," Yang added.

In 2020, WADA published its five-year strategic plan under the theme "Leading Anti-Doping in a New Era", which lays the foundation for WADA's strategic activity for 2020-2024.

"Collaboration is the key. Only when we work together can we all achieve our objectives and deliver on our mission for doping-free sport. It is essential that we speak regularly with the anti-doping community, including governments, sports federations, national and regional anti-doping organizations," Yang said.

"During the past three years, several important decisions were made to benefit WADA and clean sport for a long time to come. My role as WADA vice president is to serve athletes and sports alongside our president Banka and I am honored to do so. His experience in government and as a former athlete makes him an excellent president. We complement each other well as former athletes."

"I also want to express my special thanks to WADA's Executive Committee and foundation board, who gave me great support in the past three years," said Yang. 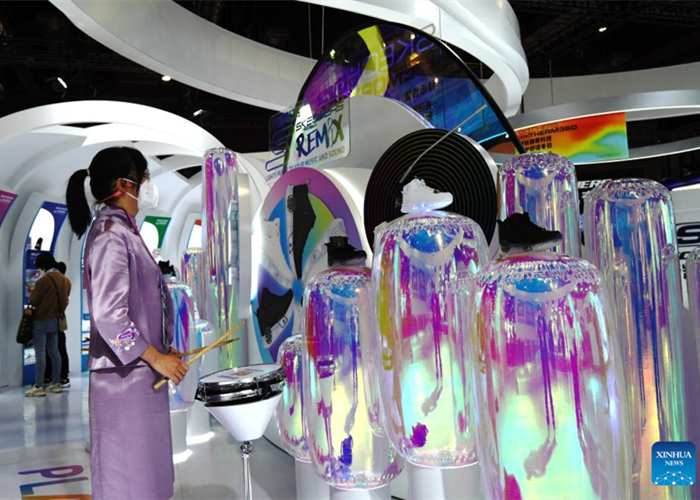 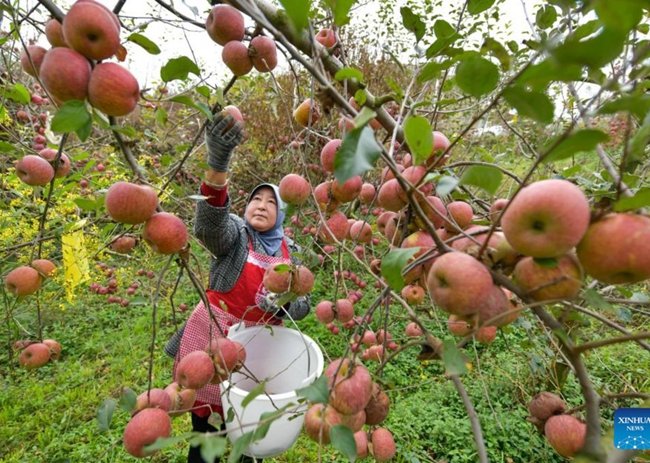