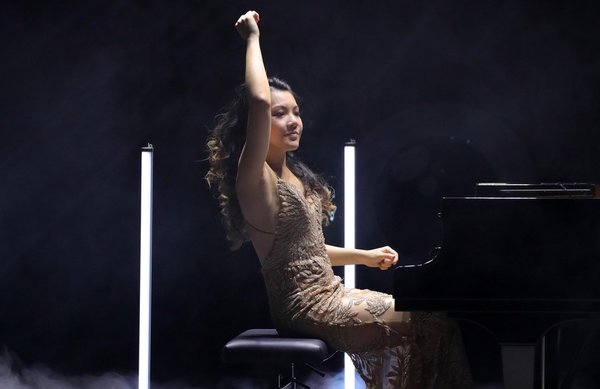 This undated file photo provided by Swiss-born Chinese pianist and composer Melodie Zhao shows her playing at a concert. [Xinhua]

In early 2020, 26-year-old Zhao stole the hearts of her audience at Geneva's renowned Victoria Hall auditorium when she concluded a rendition of Beethoven's Piano Concerto No. 5 with a six-minute piano capriccio she herself wrote to honor the heroes of Wuhan, the central Chinese city that first reported the coronavirus outbreaks.

The piece was originally titled "Wuhan - The Dawn of Victory." Zhao said she took inspiration from a local folk melody and from reading about the bravery of Wuhan's young frontline health workers. She said she felt a strong inner urge to do something to somehow bring calm to her heart.

In less than two weeks — which included many a sleepless night — the capriccio was scored.

"As a pianist, I believe in the power of music. For me it is the best way to express my emotions and convey encouragement," she said.

Her aim was "not only to pay tribute and send a blessing to Wuhan, but also to honor the courage" it took for the millions in Hubei Province to first confront what has soon become a serious global health threat -- and to convey the hope that together they will indeed overcome the virus.

And so they have. Wuhan's anti-epidemic campaign has achieved a decisive victory, and China has by now basically curbed the spread of the novel coronavirus.

Life in Wuhan has edged back to normal, the lockdown was lifted in April and no domestically transmitted cases have been reported in Wuhan or Hubei Province since mid-May.

Since its early spring premiere in Geneva, the piano capriccio, which by the summer Zhao had performed on stage several times in Switzerland, Sweden and Germany, has been revised and its title has been changed to "Bells of Victory."

It now celebrates the "spirit of unity and solidarity shown by the people of Wuhan and other places in the fight against the epidemic," she said. "I hope with all my heart that Europe will follow the example of Wuhan and China and will find the way out of this crisis as soon as possible."

She also hoped that she could have more opportunities to play this piece in the coming years, "to convey to the world the spirit of unity and solidarity shown by the people of Wuhan and other places in the fight against the pandemic."

Zhao's father, Yuan Zhao who is also a musician, got teary-eyed as he listened to the first solo piano piece dedicated to Wuhan and all those struggling against the pandemic. "In my view, 'Bells of Victory' is not only ringing for the success of Wuhan's fight against the epidemic, but also for the great nature of humanity, which is strong and unyielding," Yuan Zhao commented. 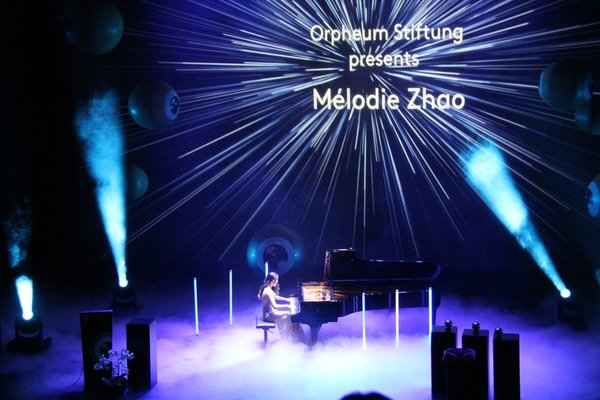 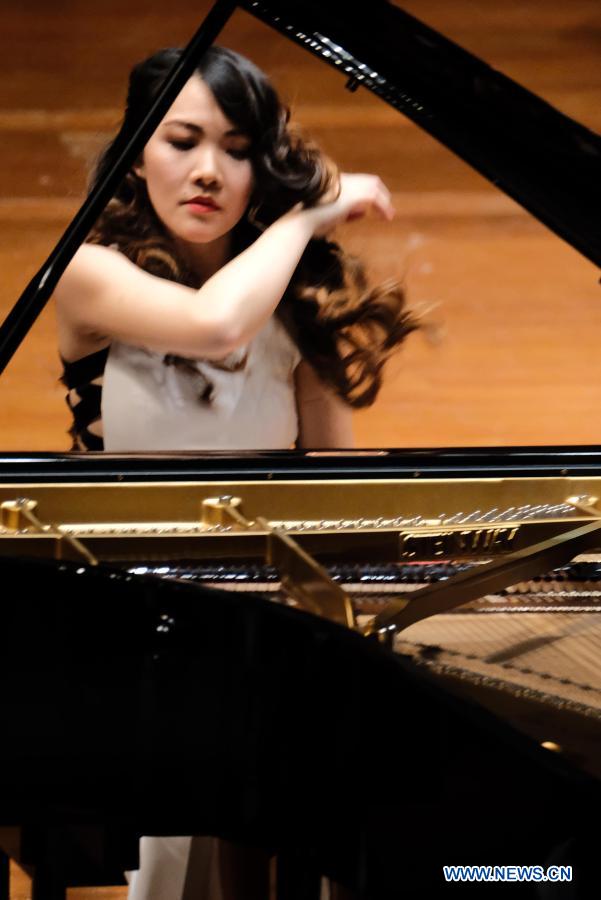 This undated file photo provided by Swiss-born Chinese pianist and composer Melodie Zhao shows her playing at a concert.  [Xinhua]