Du Yuanwei, a teacher in a rural school in central China's Hunan Province, has dedicated herself to teaching local children for nine years, broadening their horizons.

Du started to teach in a rural school after graduating from college, and now is a teacher of a junior school in Mingxikou Township, Yuanling County, Huaihua City in Hunan. Most students enrolled at the school are "left-behind" children whose parents work outside their hometown.

She was once impressed by a little boy. "I asked him what his dream was. And he told me his dream was to find a job after he finished junior school. I never thought that a child would have such a dream, because he even did not realize that he could continue his education and go to college," she said.

Du decided to focus on broadening the horizons of the rural children's imagination apart from offering material support to them. She established a photography club and taught the children to take photos in their spare time of the beautiful things around them, such as the rapeseed flowers during the spring and chestnut trees with golden leaves in the autumn. During this process, some children have become increasingly more outgoing, while some have become star photographers at the school. Then she worked with other teachers to establish a larger variety of clubs, such as yoga and soccer clubs.

In 2018, she worked with some teachers to integrate reading into the curriculum, improved the library facilities at the school and established a reading corner in the classroom. Such efforts have enabled the students to enjoy reading, gain more knowledge, and expand their horizons.

Two years later, the province directed its efforts towards improving the conditions at her school, building new dormitories and a sports field for its students.

The successes achieved by her students has given the dedicated teacher a sense of accomplishment. "I want to share my experience with young teachers to let them know that they can develop their career and do something meaningful even in the countryside." 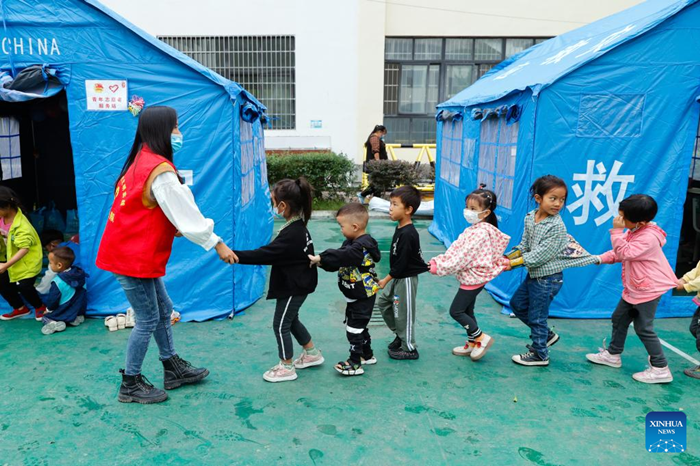