Increasing numbers of young people are favoring hair buns secured with traditional pins and are sporting the ruqun, a type of attire worn primarily by Han Chinese women.

Such styles, typical of hanfu, can be seen in business districts, parks and tourist attractions, and Tu Jiacui is among those championing the culture.

Tu, 23, who graduated from Jinhua Polytechnic in Zhejiang Province in 2018, where she majored in art education, founded the hanfu brand Huajianxi last year.

From October to January, the brand's sales revenue reached 3 million yuan ($432,000) and it is still bringing in about 200,000 a month, despite the novel coronavirus pandemic.

"But as overseas trade has been hit hard by the pandemic, many hanfu factories have switched to domestic sales. As a result, a severe price war has broken out, as people don't just want to make money, but also to survive," she added.

"Despite the serious situation, I believe my brand can survive as long we ensure that fabric style and quality meet hanfu requirements," she said.

Tu has been interested in the culture since childhood. At university, she joined the hanfu club, becoming president. She also learned a great deal about traditional hairstyles and even made her first set of hanfu clothing.

In her junior year, she made traditional accessories, posting photos of them online. To her surprise, many people wanted to buy the accessories.

"I bought all the materials online and made the accessories by following instruction manuals and internet tutorials, but I never thought about making money," she said.

After she graduated, Tu's parents advised her to become a teacher, but she couldn't release her grip on hanfu.

"As a traditional clothing system in China, more attention should be paid to hanfu to increase its public exposure. Someone has to do this," she said.

"I don't know whether I will live to rue my decision, but know I would regret not having tried."

After careful consideration, Tu set up her team and founded the Huajianxi brand.

She said the brand's collection is mainly divided into two categories — innovative and retro, but the style and shape of the clothing follows an ancient pattern.

The first piece designed by Tu abandoned intricate embroidery, focusing instead on the fabric. More than 800 sets were snapped up when the piece launched.

"For me, making money is only one aspect of the business. It's more important that hanfu is recognized by a wider audience," she said.

In addition to designing, Tu's team attend activities such as period costume parties with hanfu associations in Jinhua. She said dozens of activities have been held to date.

In late June, the hanfu style submitted by Tu's team won top prize among 190 applicants at a women's entrepreneurship project competition for the nine cities in the G60 High-Tech Corridor on the Yangtze River Delta. The G60 alliance is dedicated to promoting infrastructure construction and creating a better business environment.

"Not enough attention is paid to hanfu nowadays and I'm worried that the culture is gradually dying out. I hope to do something to revive it and contribute to its spread," Tu said. 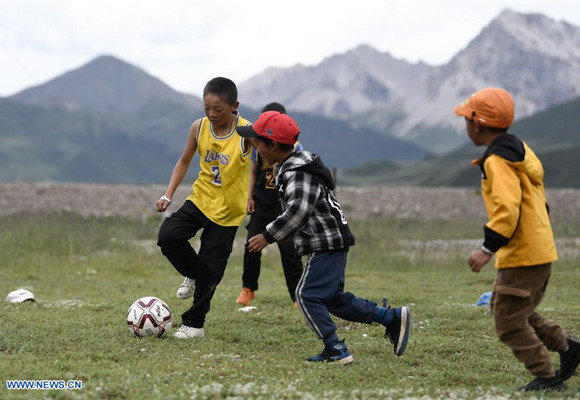