China's population grew modestly over the past decade, but nearly half its major cities lost residents due to a variety of factors, data from the latest national census showed.

Of China's 330-plus prefecture-level cities, 149 — or 44.7 percent — had smaller populations last year than in 2010, according to the once-a-decade census, which was conducted last year.

The cities with shrinking populations were scattered across 23 of the 31 provincial-level regions on the Chinese mainland, with most of them in northeastern, central and western China.

"Migration played a major role in the contractions because the total population has not shrunk yet," said Jiang Quanbao, a demographer in Xi'an, in northwestern China's Shaanxi Province, which saw populations shrink in seven of its 10 major cities.

People moving to other provinces to seek better-paid jobs or marriage opportunities were major reasons for population declines, along with falling birthrates.

The nationwide trend was most noticeable in the three northeastern provinces — Liaoning, Jilin and Heilongjiang. More than 30 cities in the region saw their populations fall.

Heilongjiang's 13 major cities all recorded contractions, losing nearly 6.5 million people, about 17 percent of their residents, over the past decade, the census data showed.

Only three cities in the northeast gained residents. They were Shenyang, Liaoning's provincial capital, Changchun, the capital of Jilin Province, and Dalian, a port city in Liaoning.

The region has long battled an exodus of younger people for reasons that include the depletion of natural resources and a relative lack of opportunities. That has created a slew of challenges, ranging from shrinking pension funds to slowing economic growth.

The northeast was previously acclaimed as the "People's Republic of China's eldest son" because of its crucial role in the national economy as a base for heavy industry in the 1950s.

The coal-producing province of Shanxi in North China faces the same problem. It lost almost 800,000 residents between 2010 and 2020, with contractions recorded in nine of its 11 major cities.

Experts said that's partly because its coal mining industry has been impacted by the authorities' embrace of a greener development path.

Population loss has also been seen in the central provinces of Hubei, Hunan and Henan, and the eastern province of Anhui.

Ten of Anhui's 16 major cities have seen their populations decrease, along with eight cities in Hunan and another eight in Hubei.

The latest census data showed about 376 million, or one in every four people in the Chinese mainland, were classified as migrants living outside their hometowns in prefecture-level cities or regions, up 70 percent from a decade ago.

Ding Changfa, an associate professor of economics at Xiamen University in Fujian Province, said the capital cities of the central provinces had absorbed large numbers of migrants due to their roles as regional economic hubs.

For example, Changsha, capital of Hunan, had gained more than 3 million people to now have a population of more than 10 million. Xi'an, Shaanxi's provincial capital, gained almost 3.9 million people.

"With transportation within the provinces getting better in recent years, the appeal will become stronger," he said.

The flip side of the population outflows has seen another 184 cities expand and boom. Some have even moved to limit new arrivals because of concerns about so-called big city problems such as congestion and water shortages.

The eastern province of Zhejiang, a stronghold of private businesses and the seat of e-commerce giant Alibaba, reported population increases in all its cities.

Population growth has also been recorded in places including the Tibet Autonomous Region and Guizhou Province in Southwest China. However, experts say that's mainly because of higher fertility rates.

Not long ago, the two regions were home to some of China's most entrenched poverty. They managed to end widespread impoverishment through mass relocation programs and infrastructure development projects.

Jiang said the migration pattern — from inland to coastal regions, from smaller cities to provincial capitals and from rural to urban regions — requires policymakers to plan in advance to avoid "useless "investment. "We used to invest greatly in rural education, but some of the investment later turned out to be a waste of money as many such schools were idled because there are no students," he said.

He said that retaining all the people in the countryside is not the only path to vitalize rural areas, and that some villages could, instead, serve as industrial bases.

"Local governments need to take active, and wiser, measures to perfect the city's layout and retain talent," he said. Pic Story of Villager and His 11 Grandchildren in ... 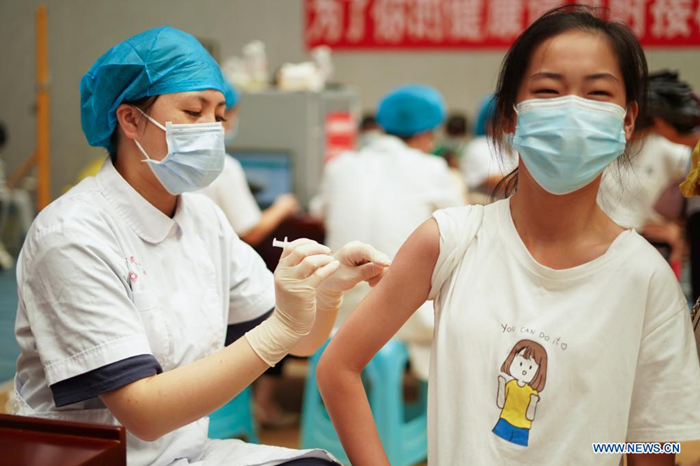