A scene from Chinese animated film Ne Zha, which is adapted from ancient Chinese mythology. [For China Daily]

The 2019 reading of a survey on audience satisfaction with Chinese films screened during the year was 84.3 points out of a total of 100, a five-year record high, said the China Film Art Research Center Monday.

It indicated that Chinese films had made steady progress along the path of pursuing high-quality development, according to the results of the China film audience satisfaction survey, which was co-conducted by the center. 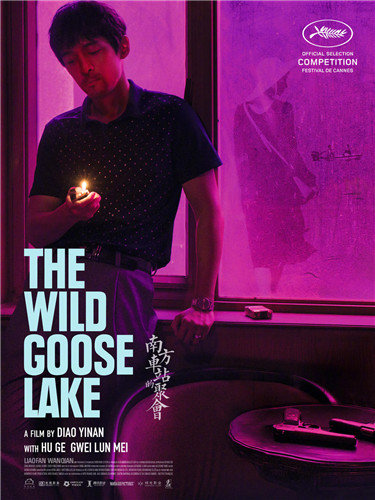 A poster of The Wild Goose Lake. [Mtime]

The scores of Chinese films screened last year in terms of screen depiction, ideological content and film popularity were 85.2, 85.5 and 80.5 points, respectively, all higher than those for 2018, according to the survey results carried by China Film News.