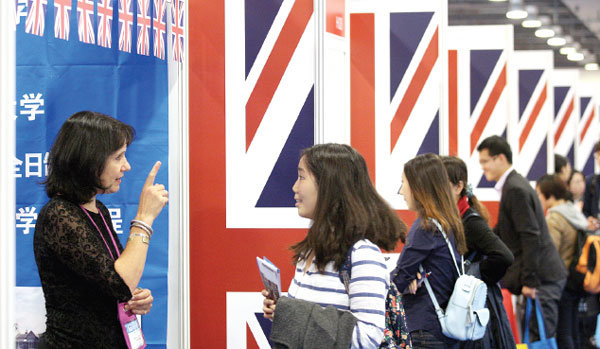 A Chinese student talks with a British teacher at an exhibition in Beijing. [China Daily/Wang Zhuangfei]

China had a total of 369,935 companies that offer language services by the end of June this year, according to a report released Saturday.

The number of companies with language services as their main business reached 9,734, with a total output value of 37.2 billion yuan (around $5.3 billion), an annual increase of 3.6 percent, said the report issued at the annual meeting of the Translators Association of China.

At the opening ceremony, a batch of experienced translators received awards, with five of them receiving the highest honor in the translation circle in China.