Shanghai middle school teachers have higher social recognition than their counterparts in other Organization for Economic Cooperation and Development countries and regions, according to a survey released on Wednesday.

Nearly 60 percent of local middle school teachers felt that society attached great importance to the profession, compared with the average of 25.8 percent in OECD countries and regions.

This was because of the traditional respect Chinese have for teachers and education.

More than 90 percent of  teachers were satisfied with their jobs, the highest among the surveyed countries and areas.

Although Shanghai is an aging city, the average age of the surveyed local teachers was 39.4, which is 4.7 years younger than the average in OCED members.

"It means teaching is an attractive job for young people in Shanghai," said Zhang Minxuan, director of the TALIS program in Shanghai. "More importantly, we also found that 86.6 percent of Shanghai teachers chose teaching as their first-choice career, while the average in the OECD is 66.5 percent."

In terms of why they took the profession, at least 93 percent of teachers in the city cited the opportunity to influence children's development or contribute to society as a major motivation.

Although young, Shanghai teachers have taught for 16.7 years on average, roughly the same as the OECD average.

Nearly 74 percent of  Shanghai teachers are female, compared with the international average of 68.3 percent.

More than 99 percent of local teachers have bachelor's degrees, but only 12.7 percent have master's or higher degrees, much lower than developed countries.

Shanghai teachers are among the most efficient in class-time teaching as they spend 85.4 percent of their time on real teaching in the classroom, rather than on class rules and management.

The average of all the countries and regions is 78.1 percent.

Overall, the vast majority of teachers and school leaders view their colleagues as open to change and their schools as places that have the capacity to adopt innovative practices.

In Shanghai, 92 percent of teachers reported that they and their colleagues support each other in implementing new ideas.

The OECD average is 78 percent.

The survey also found Shanghai teachers are better prepared for their profession and have more continuous development training.

More than 83 percent of Shanghai teachers said they received induction training when entering local schools as new teachers, and 99.3 percent have taken part in some kind of professional development activities in the year prior to the survey. Both are highest among all OECD countries and regions.

"But Shanghai teachers also need to learn from their counterparts in other countries in some aspects, such as an awareness of promoting students' ability in independent study," Zhang said.

Only 20.8 percent of them "frequently" or "always" ask students to do assignments that are project-oriented and need to be finished in one week or longer. The OECD average is 28.6 percent.

And in Shanghai, 24 percent of teachers "frequently" or "always" let students use Information and Communication Technology for projects or class work, which is lower than the OECD average of 53 percent. 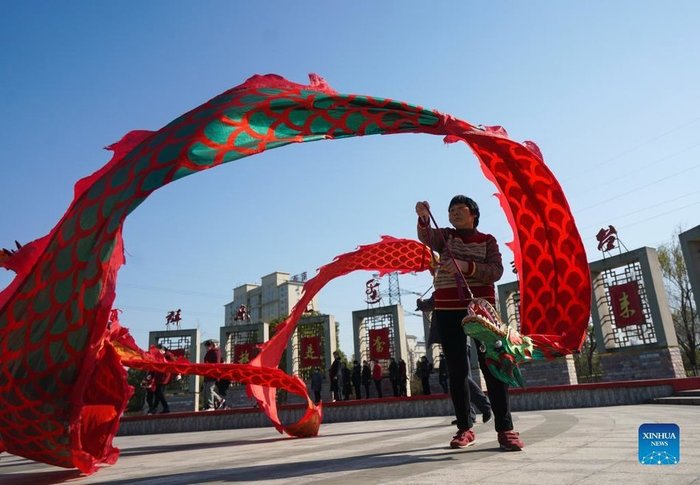