Throughout the near 2,000-year history of Chinese ceramics, the black glazed ceramics, though solemn and regal, have not dazzled like their peers. However, they serve as an essential part of this ancient and glorious industry with a profound inside story and aesthetic connotations. Let's take a look at the rise and fall of these inconspicuous artistic treasures. 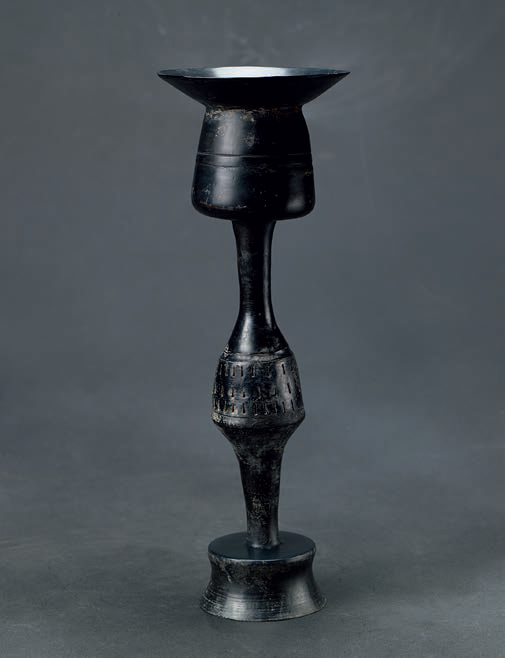 Black pottery cup with a high stem from the Neolithic Age [For chinadaily.com.cn]

This black pottery cup with a high stem, also known as "eggshell pottery," boasts a thin wall and glossy black color, and is evidence of the excellent craftsmanship of 4,000 years ago when the Longshan Culture flourished in the middle and lower reaches of the Yellow River. It was not only the pinnacle of proto-pottery manufacturing, but also a precursor to the subsequent production of black glazed ceramics. 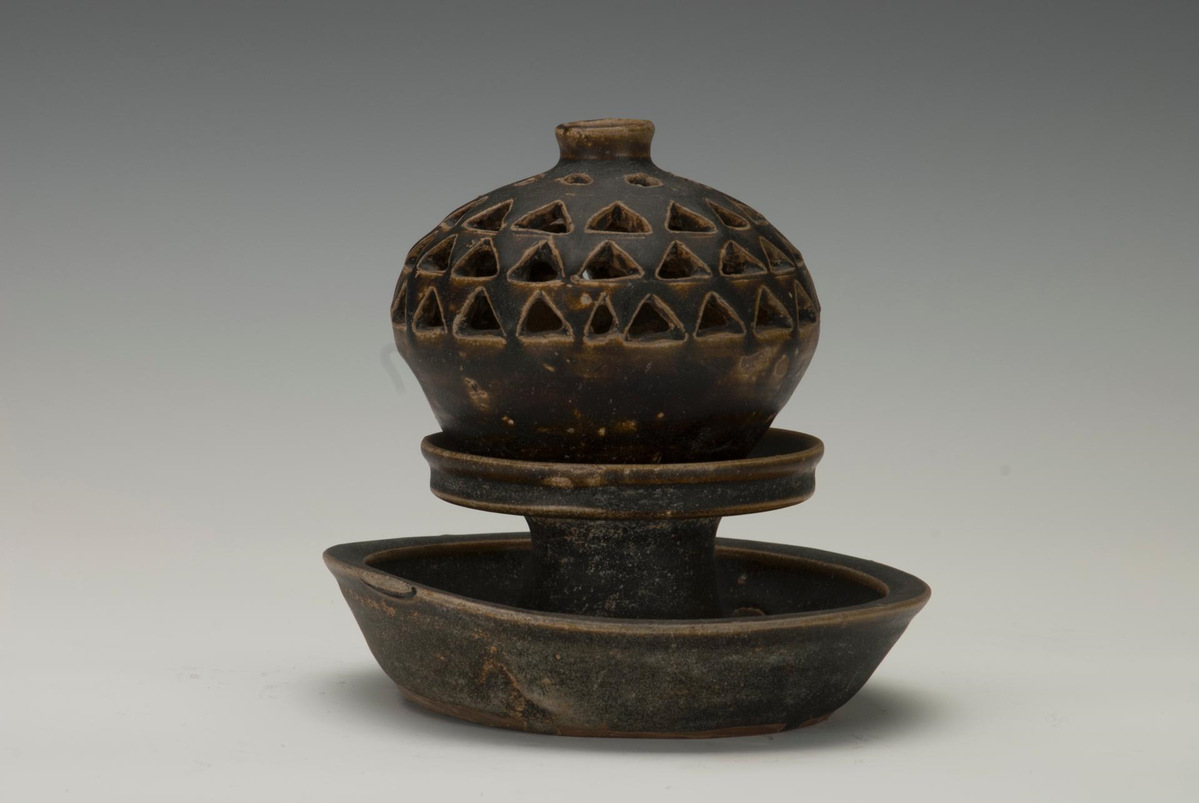 Deqing county is located in the northern part of East China's Zhejiang Province, with a landscape and natural resources which make it suitable for ceramic manufacturing.

The Deqing Kiln complex was built during the late Eastern Han Dynasty (25-220) and declined around the ninth century. The fourth and fifth centuries witnessed the flourishing of the Deqing Kiln, when black glazed products made up 20 percent of the entire output. Enjoying huge popularity, they were decorated either with a pure black color or motifs including bamboo, lotuses, dragons and birds. Meanwhile, they were made into various shapes, such as kettles, lamps, pots, ink slabs and censers, which are all now of research value. 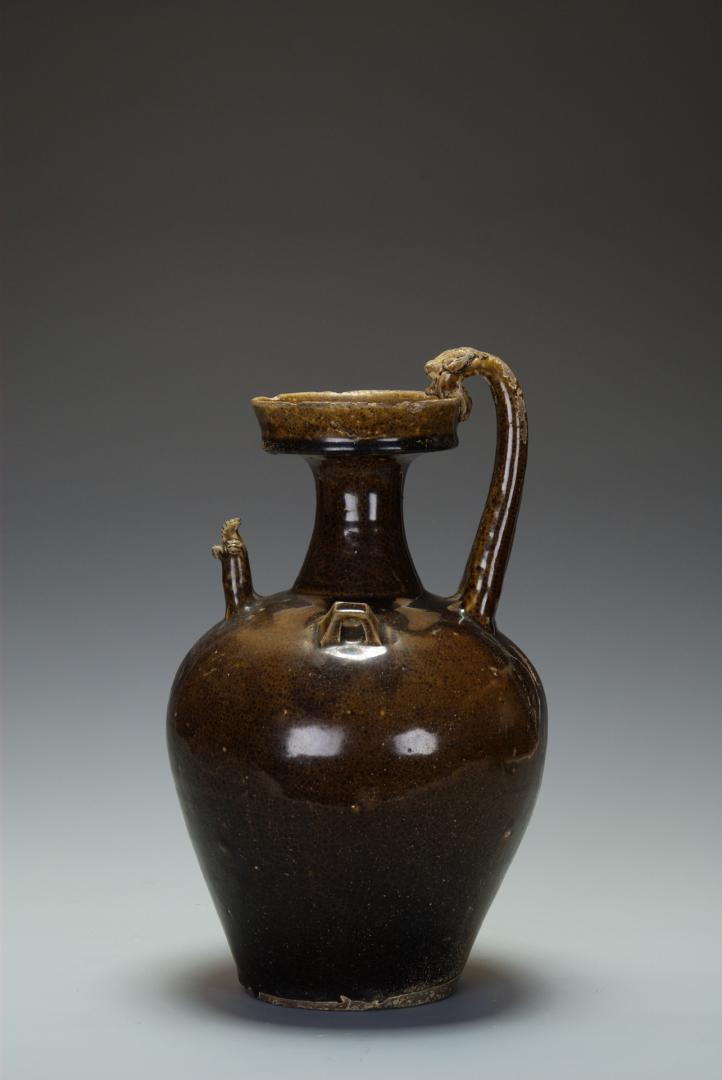 The most famous black glazed ceramics might be from the late Tang Dynasty (618-907). Their practicable manufacturing method made them popular among numerous ceramics bases. They also featured an attractive and time-saving decorative style that crafted distinct motifs through the black glaze. 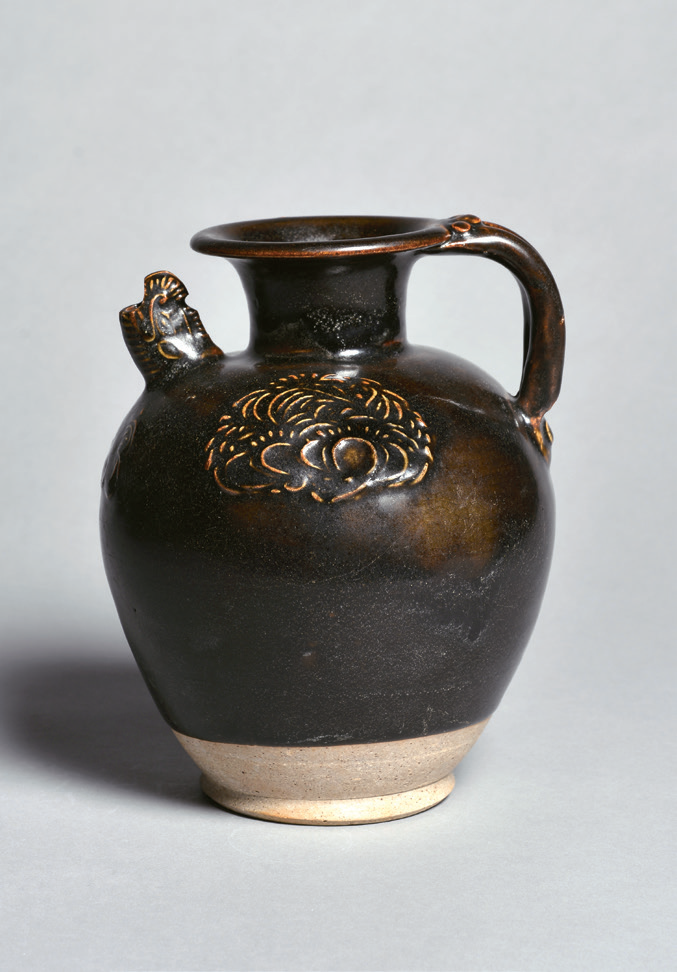 Located in Yonghe Township, Ji'an city, Jiangxi Province, the Jizhou Kiln is a historical folk kiln complex in the middle reaches of the Ganjiang River. Black glazed ceramics are the most famous items produced by this kiln. Using iron oxide as the major colorant, the glazes appear in multiple dark colors, including pure black, light brown and dark brown. 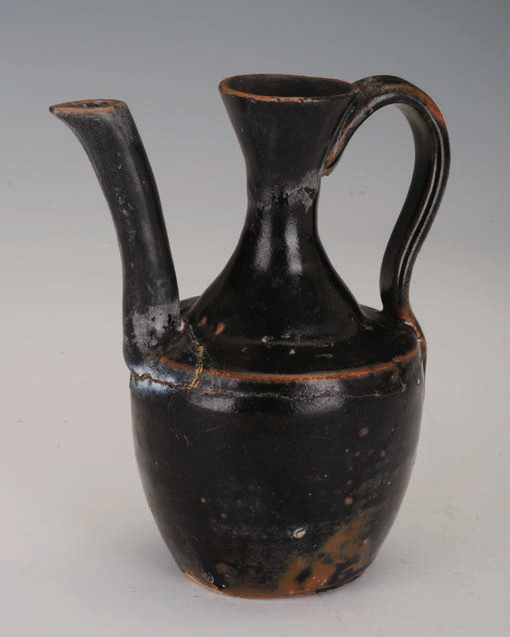 The black glazed ceramics of Jizhou Kiln were closely tied to the tea-drinking culture during the Song Dynasty (960-1279). Dou cha, or "tea-battles," were very popular at that time — people would put ground tea powder in their cups before pouring in boiled water to form a white foam, and the person who had the longest-lasting foam in the cup was deemed the winner. The black glazed cups were best suited for this game as they made observing the foam easier. 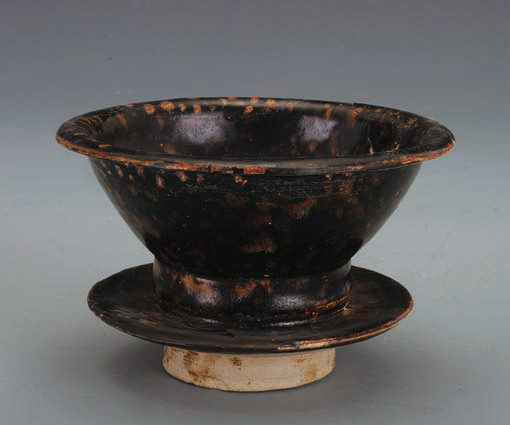 Glaze spilling was the most distinctive method of decoration at Jizhou Kiln. Different colors of glaze are "spilled" onto a dark base glaze, creating patterns in varied shapes and sharp contrasts after firing. 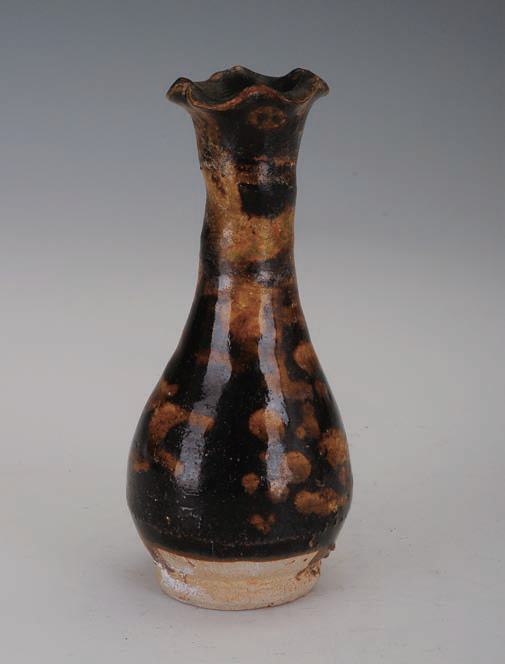 Leaf appliqué was one of the original decoration techniques used on the black glazed ceramics of Jizhou Kiln. Leaves were soaked in a corrosive liquid to extract the veins that were then applied to the interior walls of the vessels already coated with black glaze. A layer of transparent yellow glaze was then applied, followed by the final firing process. 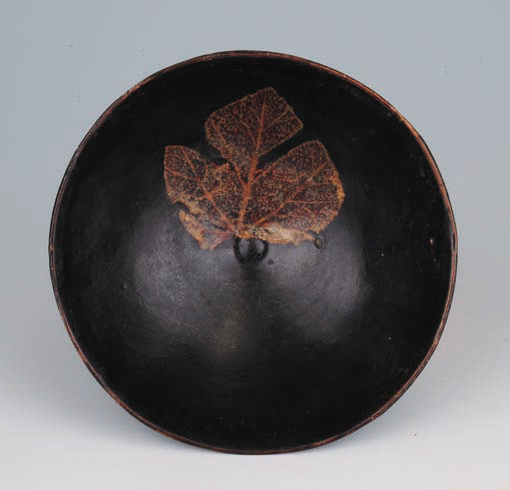 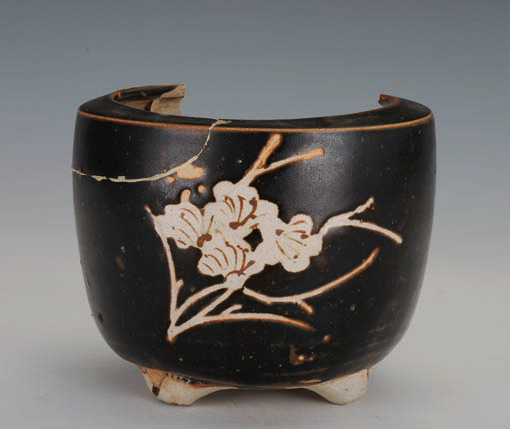 The paper cuts appliqué was the original decoration technique used on Jizhou ware. During this process, craftsmen would skillfully combine the folk art of paper cuts with ceramic-firing techniques. The technique not only simplified working procedures but also strengthened the artistic effects. 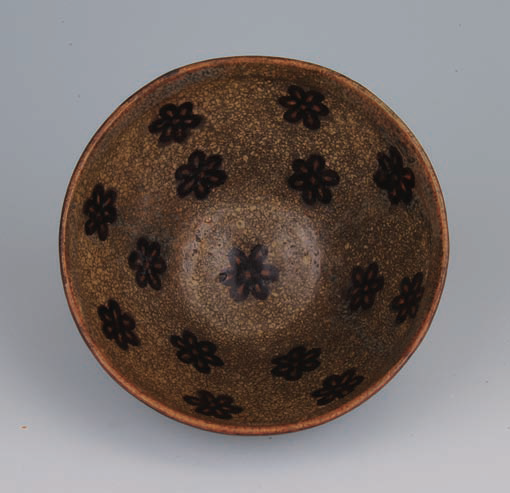 The Western Xia Kingdom (1038-1227) was a nomadic regime active in northwestern China from the 11th to 13th centuries. The kingdom boasted a thriving ceramics industry that produced white glazed ceramics and black glazed ones with engraved motifs. Its representative works include flat kettles, single-eared pots, multiple-handle bottles and tent hooks, all of which reflect the kingdom's nomadic culture.

Edited based on articles published on Cultural Relics World, Vols 333 and 334