* In December 2022, China took another step, setting out a plan that envisages the creation of the world's largest national park system by 2035. The plan includes a total of 49 candidate sites for the construction of national parks.

* The parks envisaged in the plan will feature various ecosystems, spanning from forests and grasslands to wetlands and deserts, involving over 700 existing nature reserves, as well as 10 world natural heritage sites.

BEIJING, Jan. 12 (Xinhua) — As Wang Jinqiang walks to work each morning, his journey is accompanied by the high-pitched calls of Hainan gibbons, a wild animal whose population he is employed to track and count.

Since the start of winter, 56-year-old Wang and his colleagues have spent over 15 days every month living in the mountains of China's southernmost tropical province of Hainan. Their task is to monitor the world's rarest primate, with a view to helping it flourish after decades of pressure from human activity.

Wang is a member of the Hainan gibbon monitoring team in the Bawangling area of Hainan Tropical Rainforest National Park, one of the first five national parks established in China.

Starting in 2015, China launched 10 pilot national parks to protect the natural environment and biodiversity. In October 2021, the country officially designated five of these pilot projects as national parks, further improving the national park system. In December 2022, it took another step, setting out a plan that envisages the creation of the world's largest national park system by 2035.

The spatial layout plan for national parks was issued jointly by several government bodies, including the National Forestry and Grassland Administration and the Ministry of Ecology and Environment. The plan includes a total of 49 candidate sites for the construction of national parks.

These candidate sites, including the five that have already been developed into national parks, cover an area of around 1.1 million square kilometers in 28 provincial-level regions. The sites were selected based on their ecological importance, unique natural landscapes and rich biodiversity, said the plan.

In the 1980s, the population of Hainan gibbons dropped to around seven due to excessive hunting and lumbering. However, thanks to conservation efforts, the gibbon population in Hainan is currently estimated at 36 individuals living in five family groups, according to the latest official figures.

Among the key measures implemented was ecological relocation in core protected areas.

Gaofeng Village is located in the core area of Hainan national park. Villagers from Gaofeng were relocated to a government-funded resettlement community, and each family was allocated a two-story house of 115 square meters. Later, the villagers became involved in the edible fungus industry, which helped increase their incomes.

A villager named Fu Guohua said that his family has had easier access to education and medical services since moving to the new community, and their lives have improved a lot. He used to make a living by tapping rubber, earning up to 3,000 yuan (about 443 U.S. dollars) a year. Now he is in charge of a mushroom facility, with a regular monthly salary of 4,000 yuan.

The development of China's national parks, along with the improvement of the ecological environment and human activity, can also be seen in Sanjiangyuan National Park in northwest China's Qinghai Province.

The Sanjiangyuan area is known as Asia's "water tower" as it contains the headwaters of the Yangtze, Yellow and Lancang rivers. Madoi County in Qinghai's Golog Tibetan Autonomous Prefecture, where the Yellow River source region is located, is a fine example of national park construction.

From the 1960s to the 1980s, Madoi's main industry was animal husbandry. At that time, each household in the county possessed hundreds of cattle and sheep, and the development of animal husbandry had boosted the local economy.

However, from the late 1980s to the beginning of this century, due to various factors, the wetlands and lakes in Madoi decreased, grassland vegetation degraded, the water conservation capacity dropped sharply and biodiversity was impacted.

To restore the ecological environment, the county government implemented a series of measures, including initiating ecological migration programs, imposing a grazing ban in certain areas, and encouraging local herders to participate in ecological protection. The measures have proven effective, reversing the trend of deterioration in the local ecology.

In addition to these government efforts, institutes, grassroots workers, and locals also play their roles in the ecological conservation of Sanjiangyuan.

Jamwang Phuntsog works at the public security bureau of Zhidoi County, Qinghai's Yushu Tibetan Autonomous Prefecture, through which the Yangtze River flows. In 2010, he set up an environmental protection volunteer team to pick up garbage in Sanjiangyuan during his spare time, together with volunteers from other professions.

The Shan Shui Conservation Center, an organization focused on nature conservation, cooperated with herder cooperatives to organize them in carrying out snow leopard observation in the Lancang River source region. This has not only increased the herders' incomes but also boosted ecological protection.

The success of China's national parks thus far has been in large part due to efforts at involving local communities in the protection of wildlife and habitats. The completion of the national parks project by 2035 will see a massive expansion of such community involvement, according to analysts.

Li Chunliang, deputy director of the National Forestry and Grassland Administration, described the release of the new spatial layout plan as another landmark achievement in the development of China's national park. Li said it is of great significance in guiding the high-quality development of national parks and building the world's largest national park system.

The parks envisaged in the plan will feature various ecosystems, spanning from forests and grasslands to wetlands and deserts, involving over 700 existing nature reserves, as well as 10 world natural heritage sites.

The plan also states that local residents and the public will be directly involved in the protection, construction and management of national parks through franchising, voluntary service and ecological protection positions, to enjoy the ecological benefits brought by national parks.

The power of national parks to simultaneously benefit nature and human populations can be seen clearly in the case of Sanjiangyuan National Park, where local communities have profited both directly and indirectly from conservation efforts.

According to official statistics, over the past decade, water conservation in the Sanjiangyuan area has risen by over 6 percent on average each year, while grassland coverage has increased by over 11 percent and grass output increased by 30 percent.

The populations of wild animals and plants have continued to increase in the Sanjiangyuan area. The population of Tibetan antelopes — a species under first-class national protection in China — in Hoh Xil has increased from less than 20,000 in the 1990s to over 70,000.

Meanwhile, each herder household living inside the Sanjiangyuan National Park has been offered a job opportunity as a ranger with an annual income of over 21,000 yuan. Currently, more than 17,000 rangers work in the park.

Jamwang Phuntsog's environment protection volunteer team has been enlarged to include more than 90 members, most of them herders.

"I am a guardian of the grassroots green culture. Nowadays, the local scenery of green mountains, grass and flowing water reminds me of my childhood," said Jamwang Phuntsog. 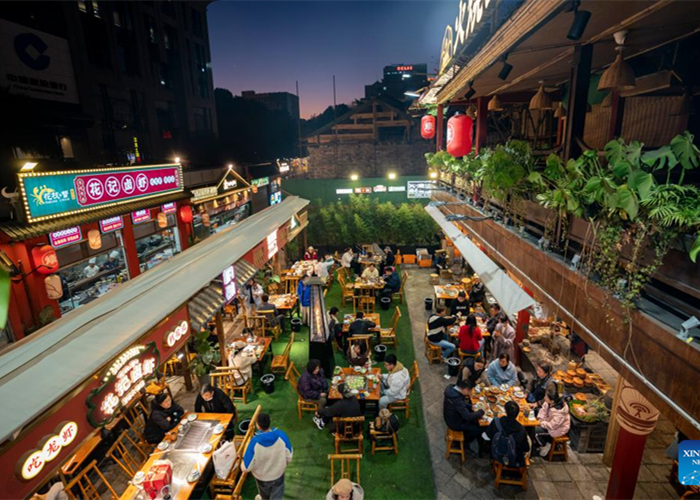 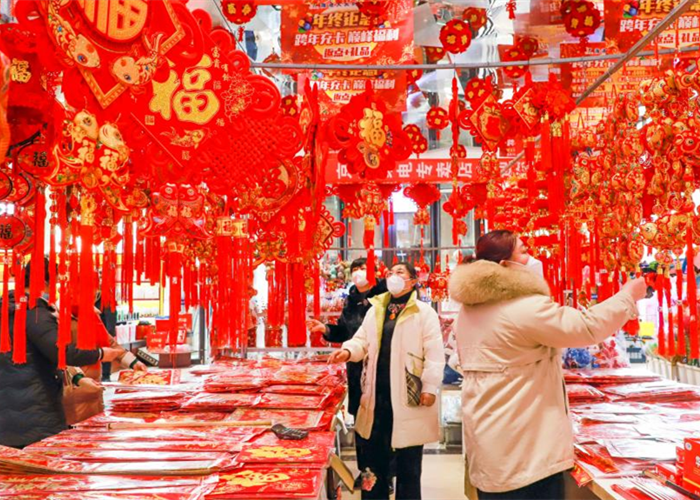 Markets Across China Full of Vitality As Spring...