Women's power has had a profound impact on the country and the economy with the improvement in career development and social status. This is especially so in the fashion industry, where women's power is becoming more and more dazzling, said Zhen Yan, former vice-president of the All-China Women's Federation, in a forum that was held at Fosun Foundation in Shanghai during the Shanghai Fashion Week.

Titled Her Power Fashion Dialogue and held by the Shanghai Fashion Week Organizing Committee, the forum used speeches and roundtable sessions to explore women's power and responsibilities through fashion with officials, artists and celebrities.

As the main speaker, Zhen shared information about the public welfare fashion events that were launched jointly by the federation and Shanghai Fashion Week since April, including Genius Mom and Dongxiang Embroidery.

According to Zhen, these fashion events helped women embroiderers from underdeveloped areas display and sell their intangible cultural heritage handicrafts to cities, helping to improve their living conditions.

"Half a year later, we came to Shanghai Fashion Week again. We saw more and more women playing leadership roles and showing their creativity. They forge ahead, unremittingly enthusiastic about public welfare, and help more women realize their self-worth with their own strength," Zhen says.

"Cross-disciplinary cooperation, as well as today's dialogue, are beneficial attempts at public welfare to join hands with fashion industry resources," she adds.

Artist Wen Fang, who grew up in a demanding financial situation but still graduated from one of the best art schools-Ecole nationale superieure Louis-Lumiere-shared her experiences.

She was known for a window design for the Dior flagship store in Shanghai a decade ago, in which she cooperated with women embroiderers in rural areas of the Ningxia Hui autonomous region and provided them with a chance to display their art and design talent, while at the same time helping to improve their living standards.

Wen has also been to Ningxia to design and create artwork with local women in the same situation she once was, helping them turn their traditional art into financial and spiritual wealth. In 2011 and 2012, she invited these women to Beijing. As well as giving them a free tour, Wen took them to art exhibitions and Beijing Fashion Week. There, these women from remote villages introduced their traditional embroidery skills to Beijing citizens.

"A spark may start dimly but over time it can ignite," says Liu Xiaolu, founder of lingerie brand NEIWAI, who says women should have both physical and mental liberty. Her products focus on providing comfort so that women can balance the body and spirit, she says.

Pu Yiliu, 26, founder of jewelry brand ANOTA, says it's important for women to have identity.

"In the past, people had many rules and restrictions for women as if they were to be labeled. But as society advances, there is no definition for women's identity. That is the idea of ANOTA," she explains.

Supermodel Liu Wen also says: "We know people who are doing things like tiny little sparks. We come to bring each other warmth and brighten more people's lives." 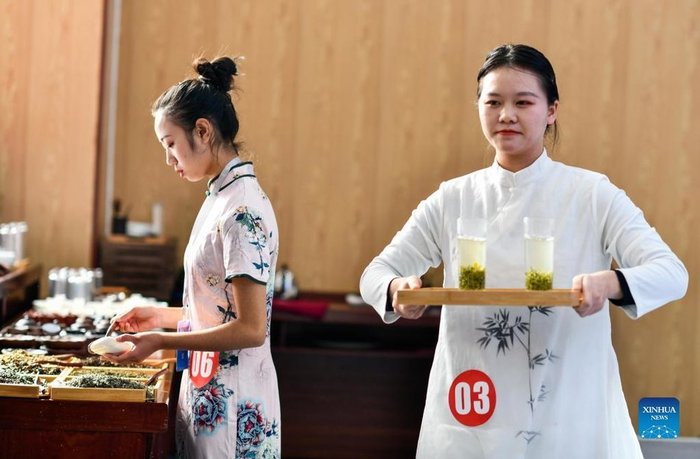