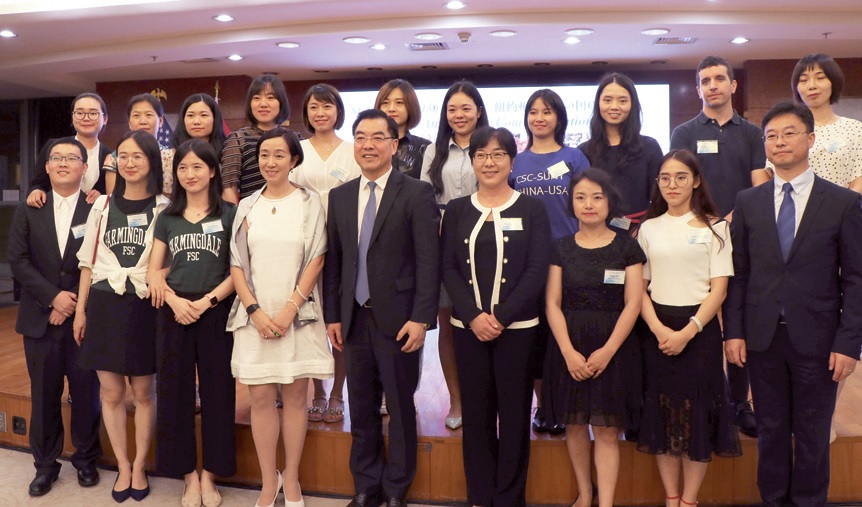 Eleven years ago this month, Jiang Tao, a college student from China's Sichuan Province, stepped on a plane for the first time in his life. The plane was to take him to New York City, where he would study for a year at a local university.

Jiang was among 150 Chinese students whose hometown was devastated by an 8-magnitude earthquake that hit the southwest Chinese province in May 2008. They were selected for a program to study at various State University of New York (SUNY) campuses for one year on scholarship.

Called China 150, the program was life-changing for many participants such as Jiang, who is now an engineering manager at Facebook.

Educators and students reunited in New York on Wednesday, celebrating the tenth anniversary of the program, which highlighted the friendship between the US and China. They vowed to strengthen ties in the future.

"It was a year of reciprocal exchange and mutual respect — we learned from each other," said Beverly Kahn, former provost of SUNY Farmingdale State College that hosted the largest cohort — 19 students — among the 22 campuses that joined the program, during at event Wednesday at the Chinese Consulate General in New York.

"The best type of relationship is one of mutual respect and sharing — that's the experience that we had 10 years ago at Farmingdale," she added.

Plans for the study program started in June 2008, a month after the disastrous earthquake that killed nearly 70,000 people in China.

SUNY initiated the project, which was not easy for the school, with the global financial crisis looming.

Despite the challenges, cooperation between the Chinese and US sides and help from many made it happen in around 10 weeks, which George Hu, former assistant to the governor of New York, called "a miracle."

The school was able to raise $3.7 million from private donors to cover the students' tuition and living expenses, according to Nick Rostow, former SUNY counsel.

One hundred and fifty students from low-income families of the 42 most-damaged counties after the Wenchuan earthquake were selected from more than 2,000 applications from 13 universities in five days.

SUNY collaborated with both governments to speed the visa-application process. From August 2008 to May 2009, the students spent two semesters in the US, including tours around New York City, trips to Washington DC, and birthday parties and holiday celebrations.

"When we just got here, we did have a hard time during classes because of the language barrier," said Zheng Yupeng, one of the China 150 who studied at SUNY Delhi.

"The school assigned a buddy for every one of us, helping us to adapt academically," she said.

While studying abroad was a new experience for the students, playing host was also a first for some of the colleges.

"It really had a transformative effect on our programs, on our faculties who could see different perspectives to addressing" some of the academic issues, said Susan Jagendorf-Sobierajski, executive director of international education at SUNY Cobleskill, which hosted 18 of the students.

"The intelligence, the motivations those students had, deeply affected our faculties and our staff," she said, calling it "eye-opening."

For many American students from rural areas, "their visions of China were shaped by stereotypes and occasional news stories or programs on TV", said Craig Wesley, former dean at SUNY Delhi.

He said that interacting with the Chinese students gave them an opportunity to develop an awareness of the Chinese people, history and culture.

"Our China 150 students clearly left an indelible mark on the students and faculties at Delhi," added Wesley, who said the program was one of his most enjoyable experiences in four decades as an educator.

For schools like SUNY Cobleskill, China 150 and the positive impact it brought to the campus inspired deeper connections with China.

The school has six different degree programs with partners in China and is sending students to China annually through an exchange program called Rising Star.

"They've really matured in 10 years, and they are now very capable young men and women," she said Wednesday about the students. Thirteen of them went to the reunion and talked about their plans to give back to society.

The students announced three initiatives that will support people in need, help develop education and sports programs in Sichuan, and facilitate China-US exchanges.

"In the past, it was our teachers leading us. In the next decade, we hope we can take the lead," said Zheng, who in past years has engaged in nonprofit programs like the Aba Youth Camp, dedicated to helping youth from a Sichuan county.

The program exemplified "the courage, the goodwill and all the positive things we need to sustain, especially when we are facing a little problem today with the relationship between China and the US," said Huang Ping, Chinese consul general in New York.

"Even though we have different races; our language, culture and histories are different; we are people, and people have good hearts," said Hu, adding that the friendship "is not going to be diminished by time and by distance." 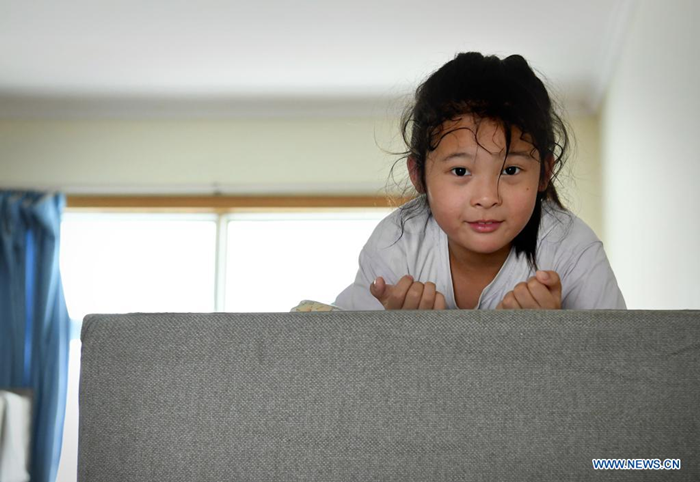