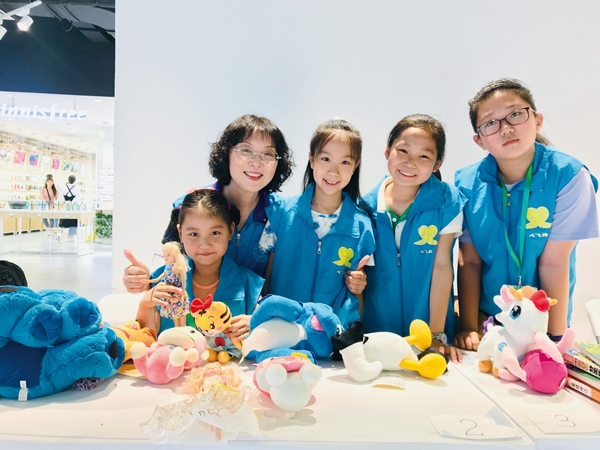 Every child has a loving heart and the sense of shouldering his/her responsibility. Every woman can make outstanding achievements in her life. Every family can create its own happiness. Zheng Chunling remembers how excited she was, in August 2008, when she became a volunteer for the Summer Olympics, held in Beijing. She has since been named a "five-star volunteer" and a "most beautiful volunteer" of the Chinese capital. During the past 13 years, Zheng's participation in various volunteer activities has brought remarkable changes to her life; meanwhile, the voluntary services, provided by her, has enriched the happiness she has enjoyed with her family.

Zheng gave birth to her daughter, Li Dongman, in 2001. After Zheng's six months of maternal leave ended, she discussed with her husband, Li Hui, what she should do next. Li Hui worked for a media outlet, and he often traveled outside Beijing on business. Zheng eventually decided to quit her job and stay at home — to be a fulltime mother, so she could concentrate on taking care of their child. Since then, many people have come to know Zheng as "Dongman's Mom."

In 2008, Li Dongman was in the first grade of primary school. In May that year, a magnitude-8 earthquake ravaged Wenchuan, in Southwest China's Sichuan Province. When Li Dongman's school was collecting donations, Zheng asked her daughter, "How much would you like to donate?" The little girl answered, "Five yuan (71 US cents)." Zheng asked if her daughter would donate more. Li Dongman hesitated, but eventually said, "How about six yuan (86 US cents)?" Zheng thought about the tiny gap — one yuan (14 US cents) more — and then decided she should do something to improve the family education she could provide to her daughter. Beijing hosted the 2008 Summer Olympics in August. Zheng thought the Olympics would be a good opportunity to raise her daughter's awareness of shouldering her social responsibility — by volunteering to work for the grand sports games. Since then, and with the support of Li Hui, Zheng and Li Dongman have volunteered for various events and causes.

For example, they have visited residential communities, to advocate environmentally friendly lifestyles; they have become volunteer tour guides, in the Capital Museum of China; they have donated books to left-behind children, in Northwest China's Qinghai Province or in Southwest China's Tibet Autonomous Region; they have participated in storytelling events, held specially for children of migrant workers; and, they have accompanied patients suffering from the rare disease osteogenesis imperfect (OI, a group of genetic disorders that mainly affect the bones, and OI patients are known as "porcelain dolls") during their visits to Olympic Forest Park.

In 2014, Zheng established Beijing Xinfeiyang Teen Volunteers League, based in Xicheng District. Li Hui helped her organize a series of cultural activities, to help promote the spirit of volunteerism. 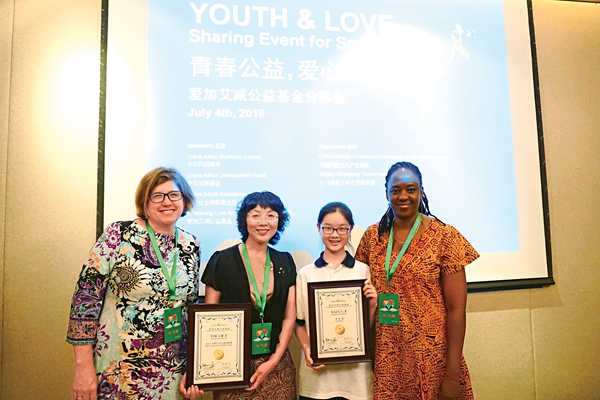 In 2015, a charitable program was launched under the Increasing Love for Decreasing AIDS Fund. Through this program, Zheng and her husband helped collect more than one million yuan (US $142,857), to support mothers and children in Africa affected by HIV/AIDS. Zheng introduced the program to several mothers from Zimbabwe. The mothers from Africa were grateful. Li Dongman, who was in middle school that year, participated in her school's charitable bazaar, and she helped raise money to support the program. Both Zheng and Li Hui were glad to see their daughter had learned to make contributions, and to shoulder her responsibility and help people in need.

From 2015 to 2019, Li Hui helped his wife build up connections with a welfare institution in Xuchang (a city in Central China's Henan Province), the women's federation of Haibei (a Tibetan autonomous prefecture in Qinghai Province), and the committee of the Communist Youth League in Jiangjin (a district of Southwest China's Chongqing Municipality). Working with them, Zheng led volunteers from Beijing to visit left-behind children in those places, and together they donated clothes and raised money to build reading rooms for those children.

During the past eight years, members of Beijing Xinfeiyang Teen Volunteers League have visited more than 30 nursing homes in Beijing, and the capital's neighboring areas. 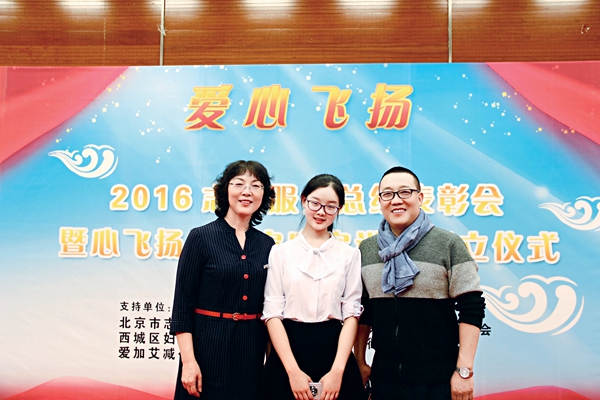 Zheng and five other fulltime mothers form the management team of Beijing Xinfeiyang Teen Volunteers League. Since the league was formed, they have led approximately 10,000 families in Beijing in participating in various volunteer activities. The families help combine family education with school education and social education, and they pass on family virtues and learn from each other, to create a harmonious social atmosphere.

Li Dongman, now 20, is also a "five-star volunteer" and a "most beautiful volunteer" of the Chinese capital. In 2017, she established an international volunteers' service union, SOWER, through which she has led more than 1,000 teens in providing volunteer services. For example, they have donated vaccine storage boxes to Zimbabwe, to help children receive secure vaccinations. Last year, Li Dongman led a 40-person team of volunteers in participating in the "food system dialogue" organized by the United Nations Children's Fund (UNICEF). The Chinese youth shared stories about their home country in saving food.

"We have obtained fruitful results — which exceeded our expectations — by integrating voluntary service into our family education and the building of our family," says Zheng. "A fulltime mother, as I am, has had the opportunity to make remarkable achievements. My child has learned to show her loving heart, and to shoulder her responsibility. My husband and I have learned to better understand and respect each other."

Adds Li Hui: "Participation in volunteer work helps children and teenagers grow into better persons. We are happy because we are volunteers, who acquire joy by making contributions." 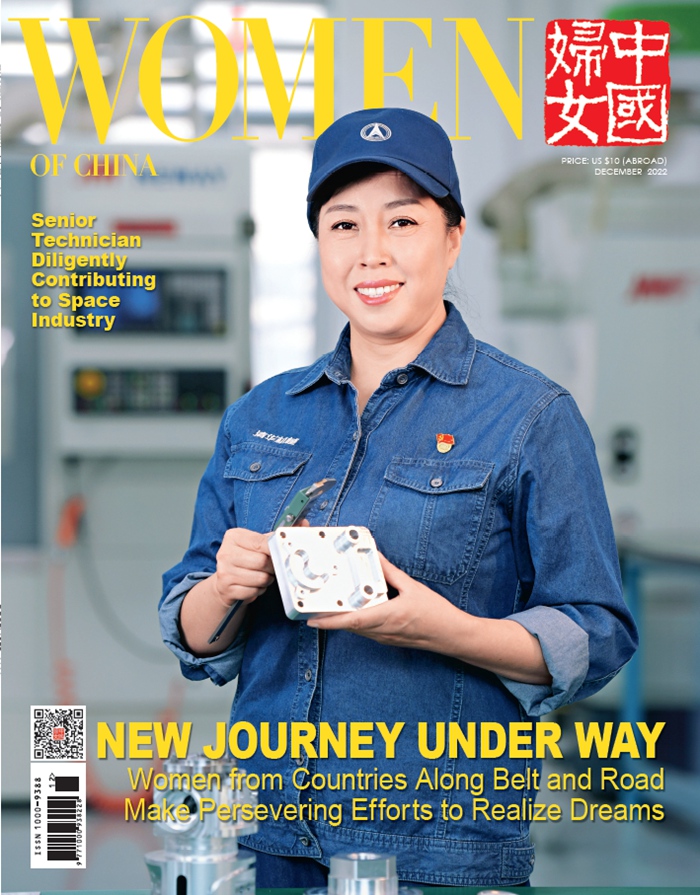 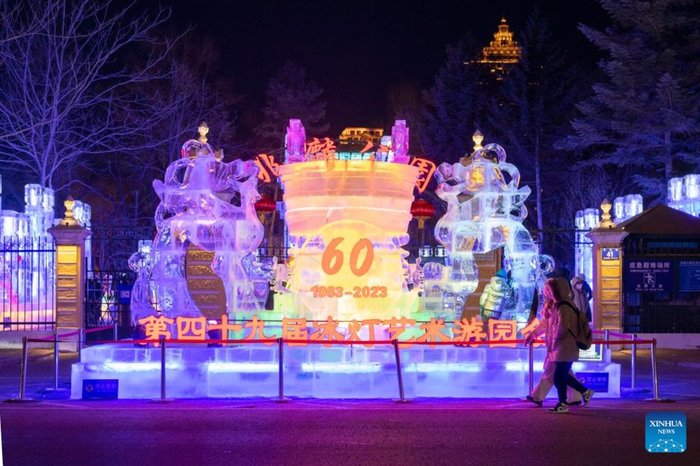