Inheriting Patriotic Virtue in Family 'Born with the Red Gene'

Every morning, 96-year-old Liang Caiying combs her hair — nice and neat — before she pins her Party member's emblem on her blouse. Liang was born in 1926 in Ganlin, a village in today's Mazhang District, administered by Zhanjiang, a city in South China's Guangdong Province. Liang joined the Communist Party of China (CPC) 79 years ago. Influenced by Liang, her husband, second son, wife of her eldest son, and one grandson decided to join the CPC. The elderly woman's family is often referred to as a Party member's family "born with the red gene." Liang's family received the National Five-Virtues Family award in May (presented by the All-China Women's Federation).

Liang Caiying was born into a rural family, in Ganlin, during the autumn of 1926. Her older brother, Liang Biao, joined the CPC when he was 16. Following his mother's guidance, Liang Biao joined Ganlin Village's armed force when he was 19. He died during a revolutionary battle in 1947.

"My mother often said to me, if we follow the Party, we will live a happy life. But lives can be sacrificed, with no regrets, during our revolutionary journey to overthrow the old society," Liang Caiying recalls.

When Liang Caiying was a girl, she followed her mother, who set a good example for her. Little Caiying encouraged women in the village to study at night school. In 1942, Liang Caiying, then 16, applied to join the CPC. She wrote in her application letter, "I am willing to join the CPC. I am determined to complete the tasks the Party has given me. I will never surrender to our enemies. I will never betray the Party."

Liang Caiying fulfilled her wish, in July 1943, when she formally joined the CPC. In December 1944, she relocated to Chengjiawai, another village in Mazhang. She married Fu Jiaying that year, and she used their home as a base from which to encourage residents to join the Party. Fu was one of the original six people influenced by Liang Caiying to join the CPC. Liang and other Party members in Chengjiawai formed the village's Party branch in 1947. They eventually established a printing room and a medical clinic in the village.

At that time, the Party members and some of the villagers risked their lives, as they secretly printed and distributed brochures, and other documents, to promote the revolution. Liang Caiying organized women in Chengjiawai to study how the CPC had fought against Japanese invaders, and how the CPC had liberated women in China. She urged young pioneers to donate money, to buy clothes, shoes and other goods to support members of the revolutionary force. Encouraged by Liang Caiying, many of the young people in Chengjiawai joined the CPC, and they helped strengthen the Party's influence at the grassroots. 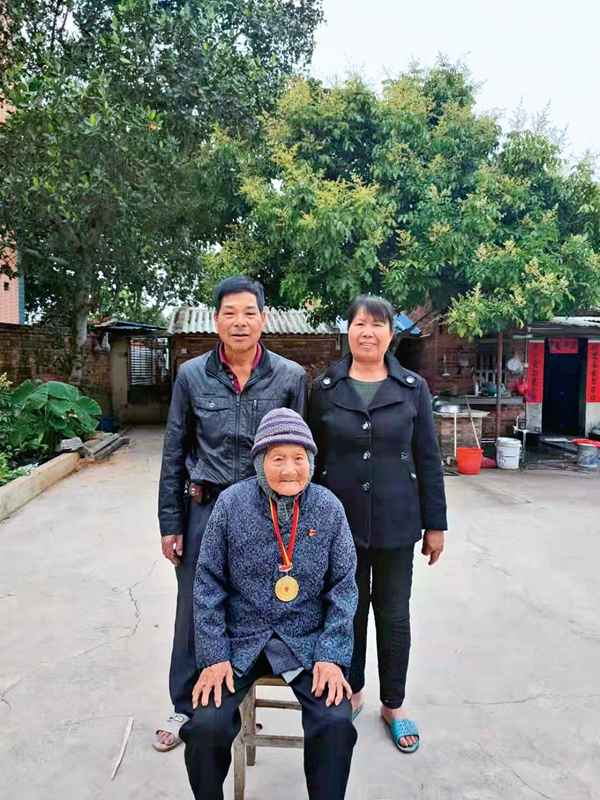 Liang Caiying participated in the Chinese People's War of Resistance Against Japanese Aggression, and in the War of Liberation. She has also participated in the building of a socialist country with Chinese characteristics. She has witnessed CPC's journey of glory, and how her motherland has made a huge leap forward, to become the strong and prosperous country that it is today.

Liang Caiying knows clearly the revolutionary spirit is the source of power. Nowadays, as she lives in the beautiful and harmonious new era, she hopes her children and grandchildren will pass on the family's tradition of loving the Party, and loving the home country.

Liang Caiying believes she should be a good example for her offspring. Under her guidance and education, her eldest son, Fu Riguang, joined the army. For many years, Liang Caiying participated in the construction of Chengjiawai, and she called on her fellow villagers to participate in rural revitalization. Liang Caiying's children and grandchildren now shoulder their social responsibilities, especially as they work in their respective posts. With four generations of CPC members, Liang Caiying's family does its best to pass on the "red gene" of loving the Party and the nation. 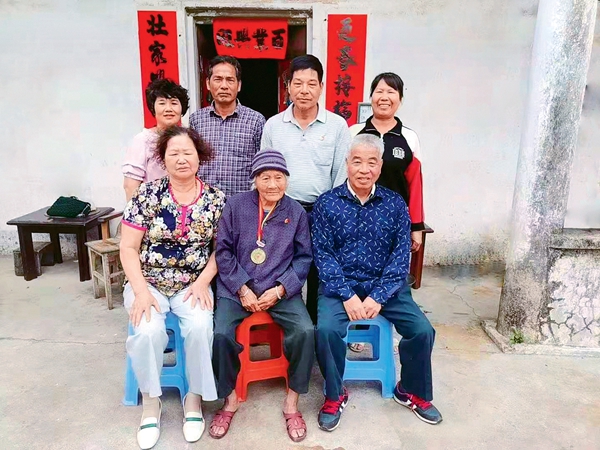 Both Liang Caiying and her husband have paid a lot of attention to their children's education. Given her loyalty to the Party, and her sense of mission as a Party member, Liang Caiying has visited many schools in Chengjiawai, and in neighboring villages, to share stories of the revolution with the students.

"Our lives today are much better compared with the past. However, no matter how far we have walked, we should never forget from where we started our journey. We ought to remember the history, and we ought to know it has never been easy to achieve today's happy life," Liang Caiying tells the children.

Members of Liang Caiying's family hold dear to their virtues, including respecting the elderly and caring for the young, providing each other with help and support, and always being honest and friendly. They have family gatherings on weekends and during festivals. "My children all take good care of me. My second son and the members of his small family live with me. My eldest son visits us sometimes," Liang Caiying says, with a smile, as she talks about her children. The neighbors are impressed by Liang Caiying's happy and harmonious family.

Despite being in her nineties, Liang Caiying still makes an effort, with her family members, to pass on the revolutionary spirit and moral virtues to residents in her village.

(Source: The Department of Family and Children's Affairs of the All-China Women's Federation/Women of China English Monthly October 2022 issue)