Du Shaoxia, a woman from Linzi District, Zibo City in East China's Shandong Province, is an inheritor of cuju or kick ball, an ancient iteration of football that dates back to 2,000 years ago. Due to her hard work, more people are finding out about this old sport.

According to historical records, cuju was first played as public entertainment in Linzi, once the capital of Qi, one of the most powerful states of the Spring and Autumn Period (770-476 BC).

According to Du, there are two types of ball-making crafts. One is sewn with leather and stuffed with hair or rice bran; the other is made of embroidered wool or silk wool. Du learnt the latter from her mother.

In 2004, Linzi was recognized by FIFA as the origin of world football. Two years later, cuju was approved by the State Council to be included on the list of the national intangible cultural heritage. The important events prompted Du to think about how to pass on and develop the old skills.

An experience of visiting the Linzi Football Museum in 2013 made Du determined to take up the responsibility. Du began to enthusiastically collect all available materials, from books on the development history of cuju to its crafts, style and gameplay.

"Hand-embroidered cuju is the art of needle and thread. It needs more than a dozen kinds of stitches. To get started as soon as possible, I turned to my mother for help," Du explained.

In this way, Du practiced making cuju while gathering data and information, and her skills became more mature.

There are many forms of cuju recorded in classical books, but how to show the contemporary style of folk culture required innovation. Du's husband Yang Wenhui found inspiration in the calligraphy of seal characters.

"Hai Dai Qi Feng" is one of Du's most satisfying works. From this work forwards, she opened up her mind and boldly incorporated various elements of folk culture such as cranes and flowers into the hand-embroidered cuju.

In 2017, Du took her works to the Linzi District Intangible Heritage Folklore Exhibition. She didn't expect that her work would be welcomed by so many people as soon as it debuted. Du was also invited into schools to tell the story of her hand-embroidered cuju.

"The embroidered ball not only shows the ingenuity of women in Linzi, but also reflects people's love for beautiful things," Du said, adding that she is willing to do her best to publicize the time-honored crafts and folk culture, and hopes that more people can join her.

(Source: Dazhong Daily/Translated and edited by Women of China) 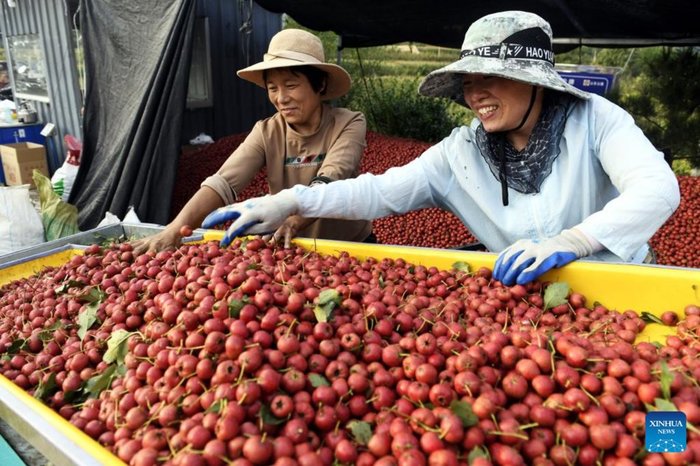 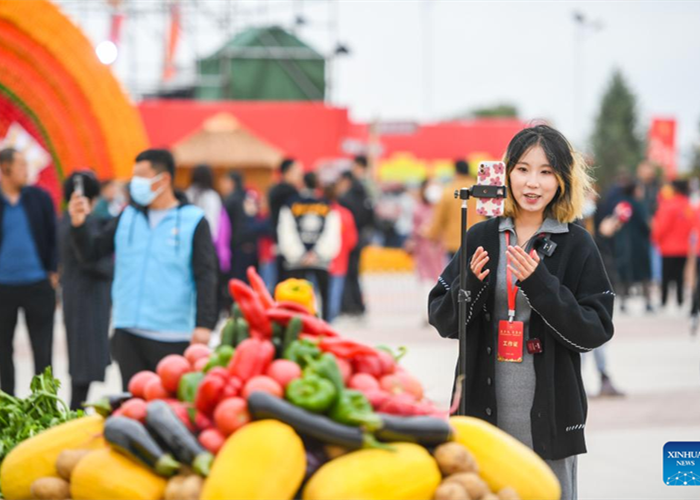