HEFEI, Jan. 10 (Xinhua) — As his conversation in a mountain village museum proceeded, all the familiar laughs that Zimbabwean youth Albert Mhangami saw during his trip flashed into his mind, warmly and inspiringly.

It was "a laugh that was shared by the people of that village, by the hundreds of millions of people that had been pulled out of destitution," as he wrote later. 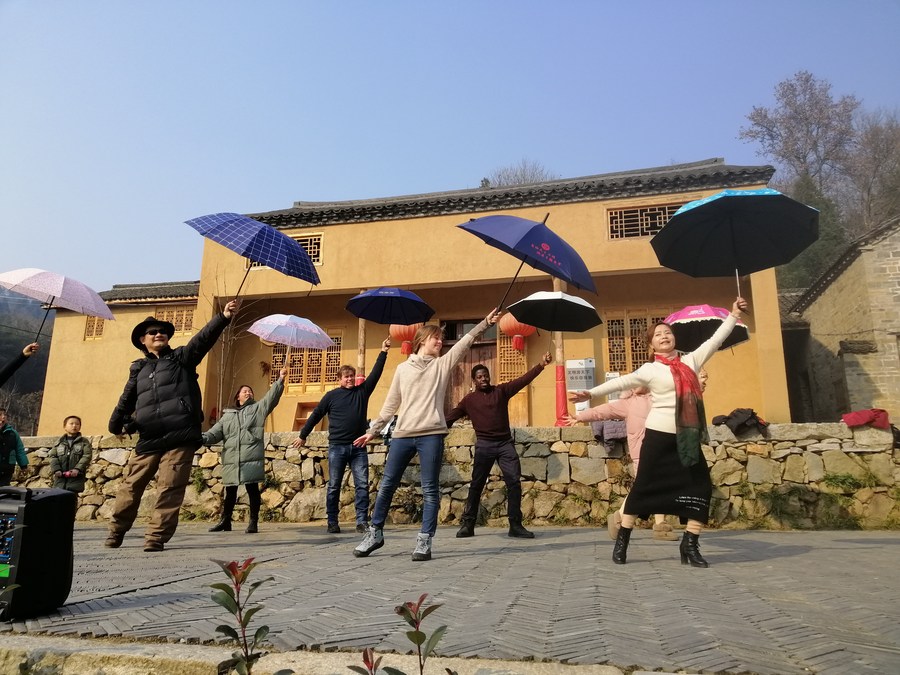 At the end of 2020, all of China's nearly 100 million impoverished rural residents living below the current poverty line had shaken off poverty. All of the 832 poor counties, including Jinzhai, had been lifted out of poverty.

Back at Tsinghua University where the 27-year-old studies, Mhangami has been a keen researcher of China's fight against poverty.

Immersed in macro-level, theoretical studies, he finally got the chance to have real interactions with the people that he has been researching.

"I was expecting to see a lot of old people and very few young people, less technology and the infrastructure more oriented toward getting business in rather than getting business out," Mhangami said.

However, a series of surprises were in store for the group.

One of the most impressive among them was Zhang Chuanfeng, an internet celebrity whose family used to be identified as an impoverished household. 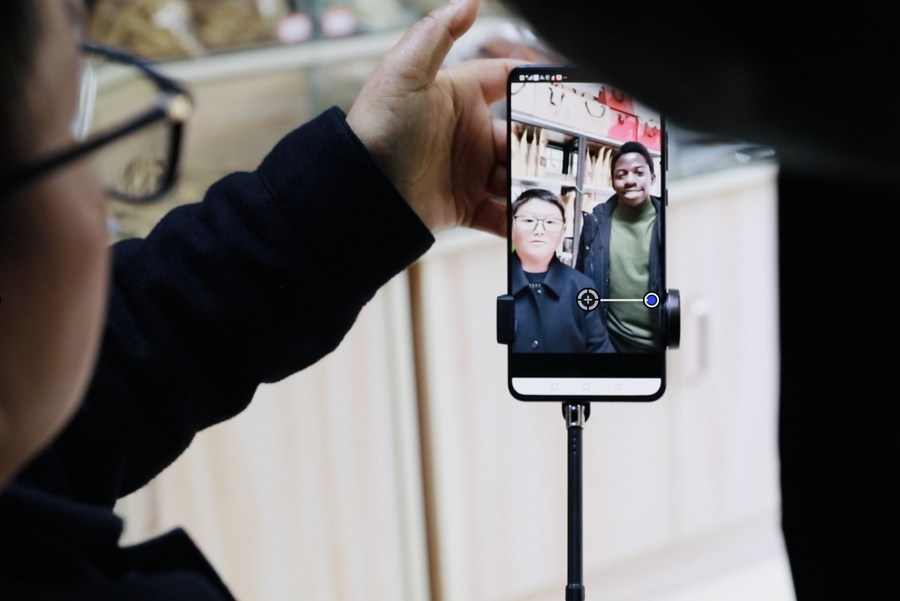 Thanks to the government subsidization and favorable policies such as free rent accommodation, Zhang set up a store in 2017 that buys local specialties from many impoverished families and then sells them online to consumers across the country.

"He has a massive online presence. I think he had around 50 million views for one of his videos," Mhangami said, after collaborating on two TikTok videos with Zhang to promote local goods like dried sweet potatoes and tea.

China's development of internet infrastructure and booming digital economy in this rural area also surprised the rest of the group. 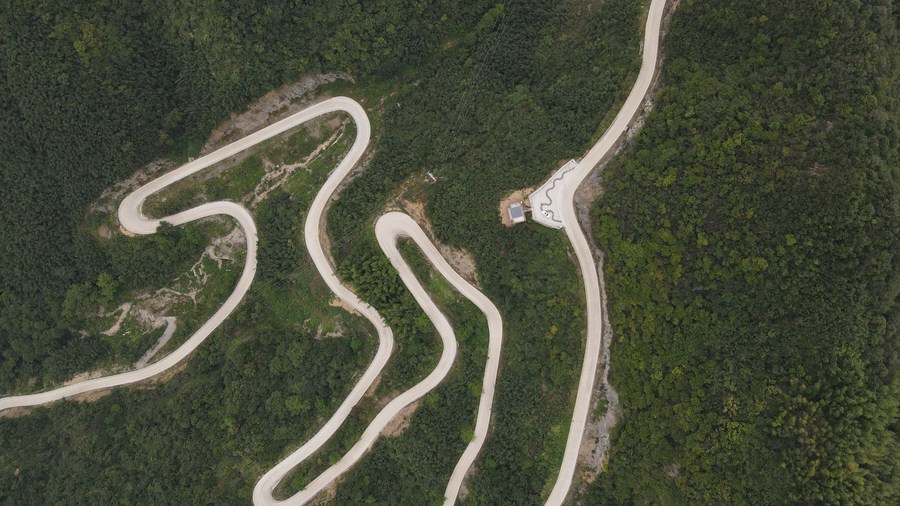 Shaun Nish and Rebecca Nish, who live in Anhui's capital of Hefei, were also delighted with the fact that there was easy access to wireless internet and TV service in the villages.

"But it is not just wifi. It's internet connectivity. That's pretty much how this village is able to market its products," said Chick, who has traveled to many South East Asian countries for TV production. 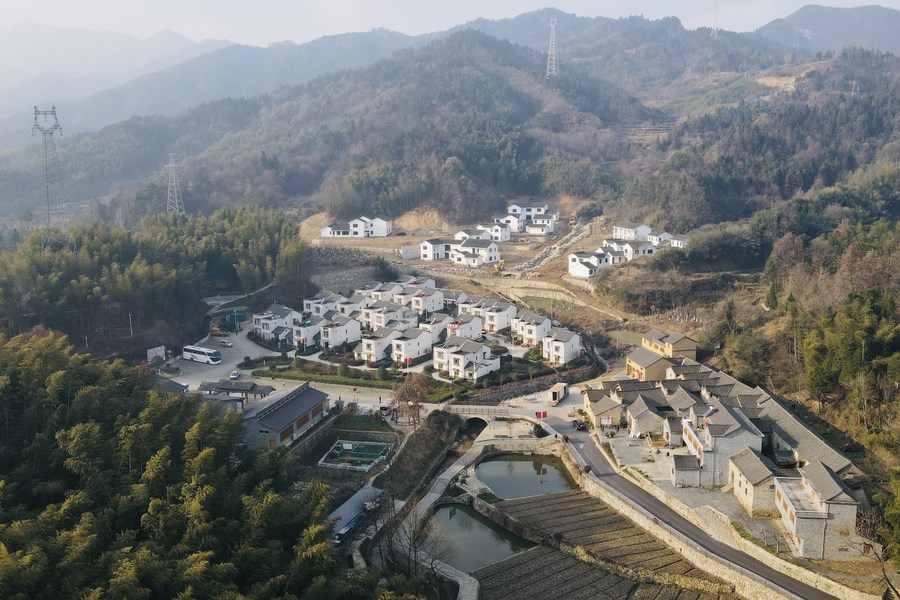 Basic Needs and Beyond

While visiting local residences and tourist sites, Mhangami was greeted with a smile by village community cleaner Zhou Duanqiong.

Zhou told him that her husband died many years ago, and she used to financially support the whole family by running a small shop, but the income was far from enough to live a comfortable life.

But in 2016, things changed for Zhou. A new housing and infrastructure project was launched in her community, which gave her family a roof over their heads.

As Mhangami learned, the government's project involved purchasing the residents' worn-down houses at a high price, building better-quality residences and then selling these new homes back to them at a lower price with additional subsidization.

Besides that, the government also launched a tourism infrastructure project. The influx of tourists resulted in more income and more job openings, including Zhou's community cleaning position.

In a village primary school, Mhangami talked with a class of students, whose topics ranged from the new infrastructure of the entire village to subsidized meals at school.

An injured child with a sling on his arm told Mhangami how his medical bill was largely covered by the government.

"There is the medical infrastructure that the government has put in a decent amount of work on," Mhangami said. "The subsidization and insurance were the guardians of the millions of jobs and assets the government had created for the people." 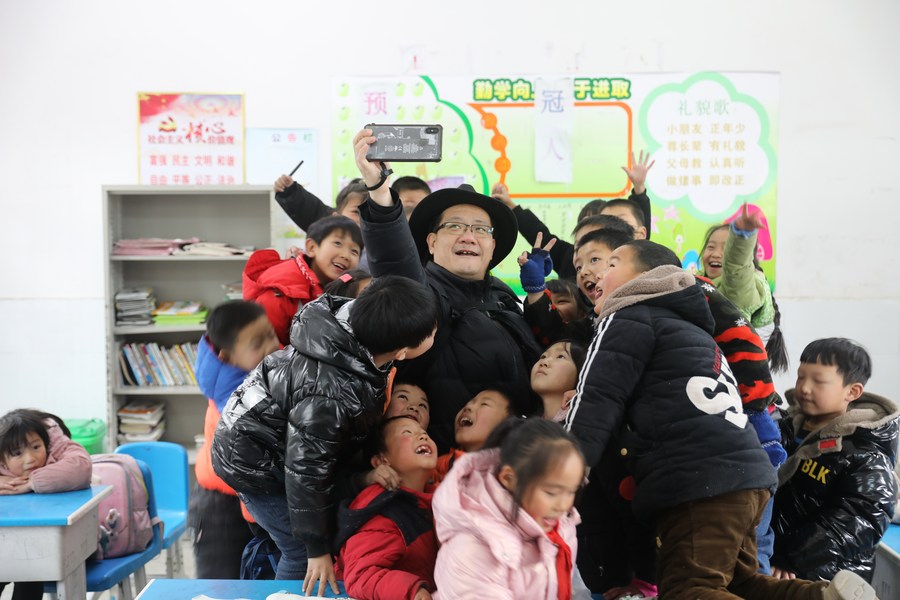 Chick's observation in a village clinic corresponded with Mhangami's comments. Chick learned that on average, villagers from impoverished households can have 95 percent of their total medical costs reimbursed. Local residents infected with COVID-19 can also have free treatment.

Another memorable moment for Mhangami in the primary school was when he asked the students about their future aspirations, one of them raised his hand and replied that he wanted to study abroad.

"Poverty is ultimately a conversation about options," Mhangami commented.

"When a child who only five years prior would have seen the provincial capital city as the goal, but now speaks of the international community as a space for his dreams, poverty has truly been alleviated," he added.

In Shaun Nish's point of view, poverty alleviation efforts should not only cover people's basic needs but also their desire for a better life, such as internet services.

"Wifi may not be a need, but it can help you a lot. And that's why I think the Chinese government is very good at doing that because it can help you to fulfill your wants like TV, the internet and online shopping," Shaun Nish said.

During the trip, the group saw how the locals were enthusiastically working together with the government to improve their own lives.

Wang Jian, a young villager who now runs a distribution center for express deliveries, shared his entrepreneurial story with Chick.

Wang's store opened in 2017. He borrowed money from the bank and his relatives and was given a financial grant from the government.

"It is 10,000 yuan seed money as opposed to 300,000 yuan in personal loans. That actually shows you how much he wants to get this business going," Chick said. 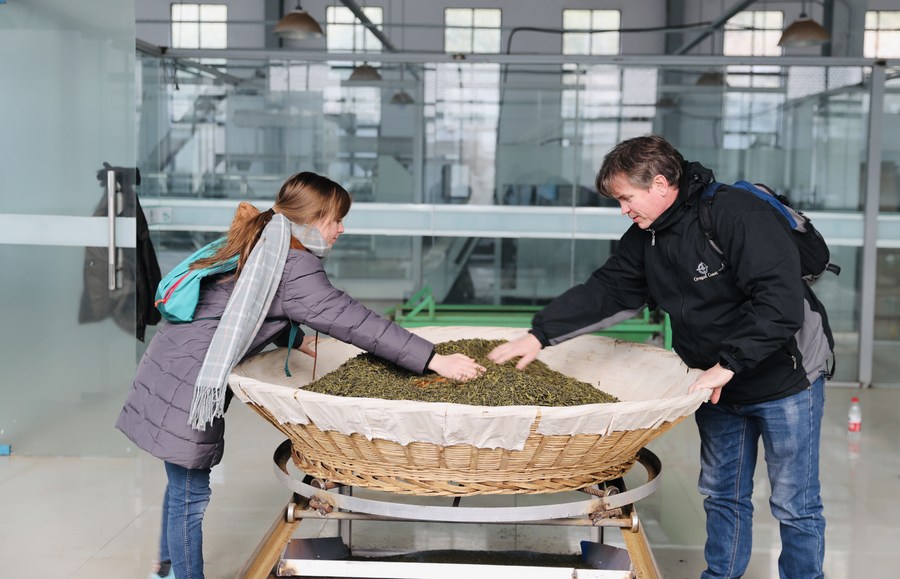 In his conversation with the owner of a village inn where he stayed, Shaun Nish was told that her family used to be one of the poorest households in the village.

Nevertheless, two years ago, she finally managed to get her own business up and running.

"The government gave her some money, and she put in three times the amount the government did," Shaun Nish said. "And now she is doing quite well."

The government has been constantly helping local communities and reevaluating its own work. If something does not work, then they will change it, he said. 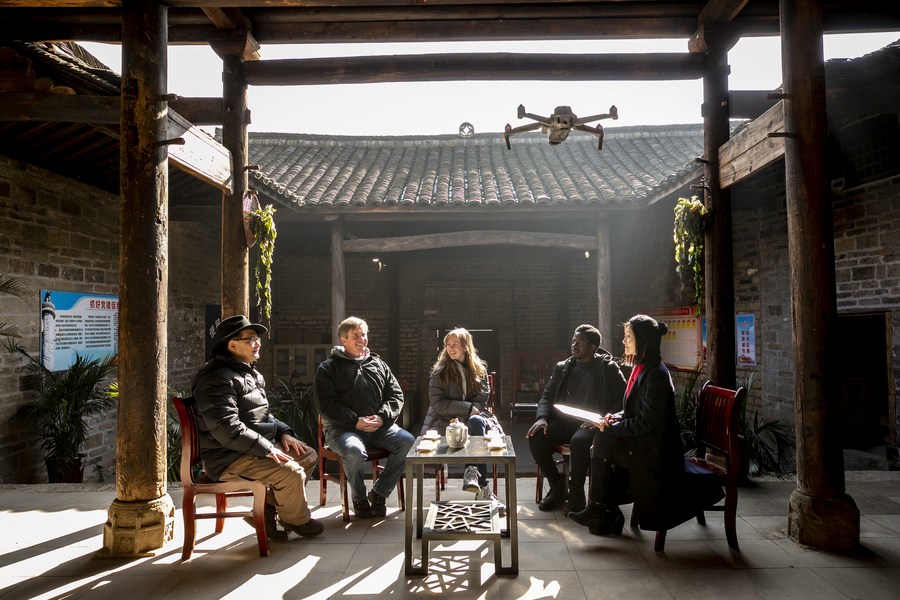 Mhangami believed that interactions and joint efforts by the people and the government are crucial to win the battle against poverty.

"If your government has the political will to engage your people, to make getting people out of poverty a priority, it makes a massive difference," he said.

Another important thing "is to be a part of the people. Make sure you are going there, asking them what is happening, sitting down with them and having these conversations. It immediately changes the dynamic," he added.

For him, all the genuine laughs and smiles he witnessed on the journey have said a lot about China's excellent practice in that regard.

It was "a laugh that showed confidence in a government that had prioritized the people in the global battle against poverty," he wrote.