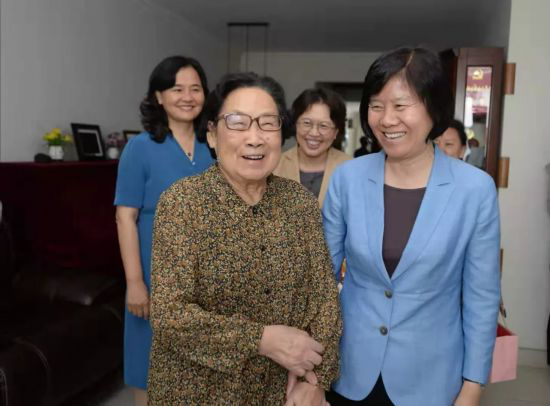 Shen Yueyue(R), Vice-Chairperson of the Standing Committee of the National People's Congress and President of the ACWF visits Tu Youyou (L), winner of the Medal of the Republic. [Women of China]

On the occasion of the 70th anniversary of the founding of the People's Republic of China (PRC), the All-China Women's Federation (ACWF) organized visits to female recipients of the Medal of the Republic and national titles of honor, the oldest Red Army veteran and directors of women's organizations that existed before the founding of the PRC.

Shen Yueyue, Vice-Chairperson of the Standing Committee of the National People's Congress and President of the ACWF, Huang Xiaowei, Vice-President and First Member of the Secretariat of the ACWF, visited Wang Dingguo, the oldest Red Army veteran, Tu Youyou, winner of the Medal of the Republic, Zhang Miman, academician of the Chinese Academy of Sciences, and Guo Liwen and Huang Ganying, retirees of the ACWF. 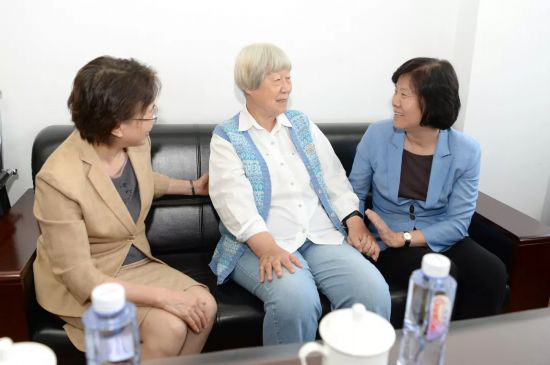 Tan Lin, Vice-President and Member of the Secretariat of the ACWF, visited Zang Junying and Wang Guoshu, directors of the women's organization for saving the country before the founding of the PRC. They made unique contributions to China's revolution in history and expressed their happiness and joy in seeing China becoming stronger and wealthier.

Wu Haiying, Vice-President and Member of the Secretariat of the ACWF, called on 82-year-old Miao Xiaohong, one of the second group of female pilots in the history of the PRC, who controlled the Tecnam P2010 plane to take off, turn, climb, dive and land safely at Shifosi Airport in Pinggu District in Beijing several months ago.

Miao said she will fight for her next goal — flying a plane 10 years from now, when she turns 92. 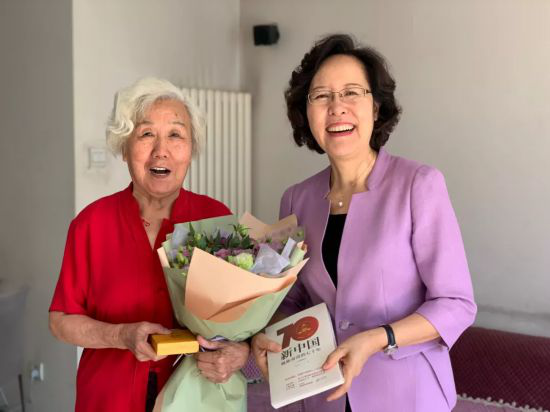 Leaders of the women's federations of Shanghai Municipality, Shanxi, Gansu and Guangdong provinces and Inner Mongolia and the Xinjiang Uygur autonomous regions also paid their respects to the women who have made outstanding contributions to the founding, construction and development of the PRC.

Shen Jilan said she felt grateful to the Party and the people for granting her such a high honor. 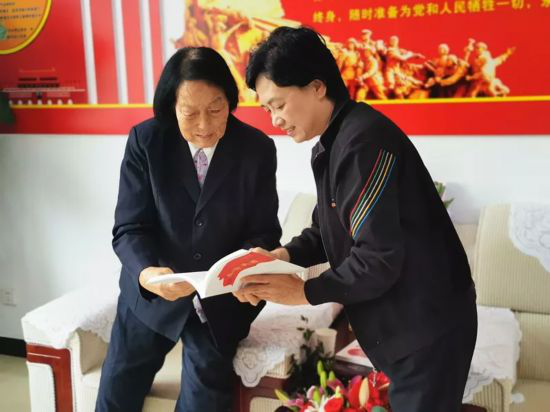 An official of the Women's Federation of Shanxi Province visits Shen Jilan (L), winner of the Medal of the Republic from Xigou Village in Pingshun County in North China's Shanxi Province. [Women of China]

Shen said she will continue to do a good job at the grassroots level and strive for the realization of the Chinese Dream while following the instructions and guidance of the Party. 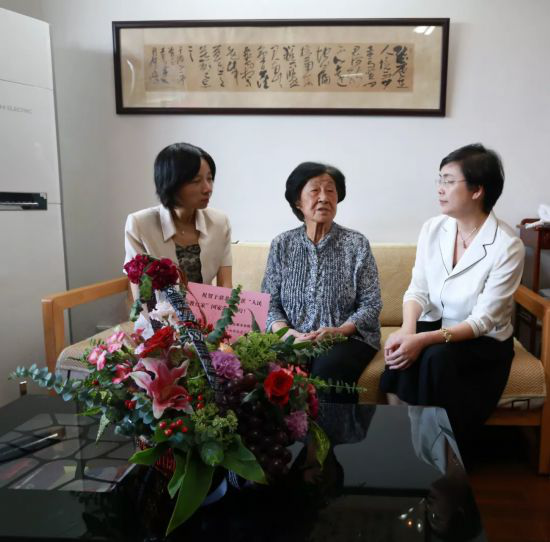 Yu said she would choose to devote her on-going existence to the cause of education if there is an afterlife. 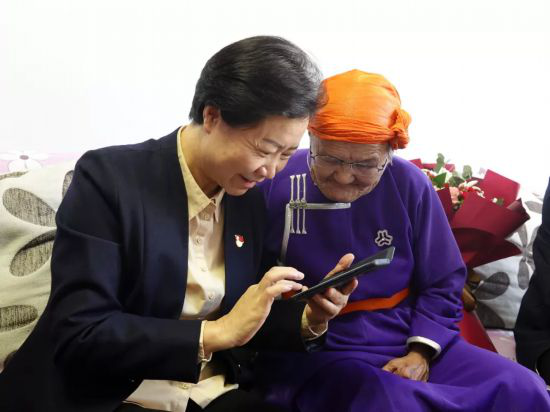 An official of the Women's Federation of the Inner Mongolia Autonomous Region talks with Duguima (R), who was granted the 'People's Model,' a national honorary title for her adoption of 28 Shanghai orphans. [Women of China]

Duguima said she was pleased that all the 28 Shanghai orphans she raised have grown up and contributed to the country, and have visited her frequently. "This is my greatest honor and pride in my life," she said. 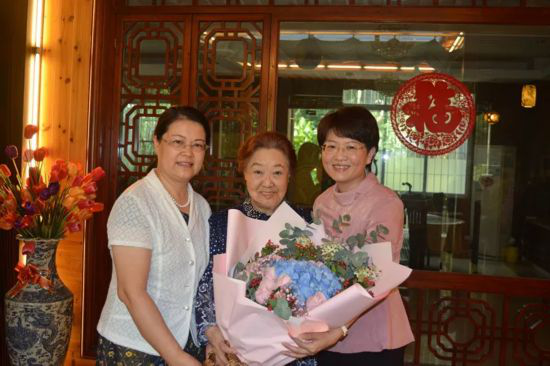 Vocalist Guo Lanying says she is thankful for the honor given by the people and singing for the motherland and the people is her lifetime dream. Fan Jinshi (R) says she will continue to contribute to the protection of Mogao Grottoes as much as she can even though retired. [Women of China]

Fan said she hopes the younger generation of her colleagues will uphold the "Mogao Spirit" in protecting, researching and carrying forward the cultural treasures of the motherland, and contribute to the Chinese dream of the great rejuvenation of the Chinese nation.

Officials of Women's Federation of Xinjiang Uygur Autonomous Region visit the representatives of the first women's oil-extraction team in China. [Women of China]

The representatives of China's first women's oil-extraction team expressed their desire to inherit the good tradition of arduous struggle and selfless dedication from generation to generation.

The women's oil-extraction team, established in 1958, has contributed greatly to the development of Karamay Oil Field in Xinjiang, China's first large-scale oil field. They are proud of the glorious history they have created and witnessed.

BACK TO THE TOP