The first six rounds of the 12-round championship were held in Shanghai, China before moving to Vladivostok. Ju Wenjun was leading by 6-5 after 11 rounds. The young Russian tied the match 6-6, dragging the championship to the rapid game playoff.

After two draws in the first two rapid games, Ju Wenjun won in Game 3, and tied with her opponent in Game 4 to defend her title, again.

The International Chess Federation raised the total prize money to 500,000 euros as the winner will take 55 percent of it. 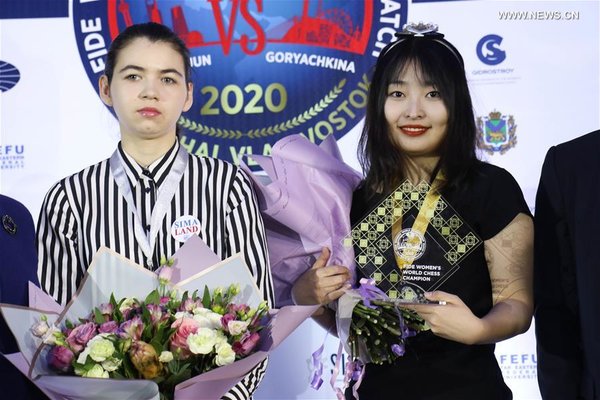