Fu Han, 23, teaches esports at a vocational school in Chongqing. [For chinadaily.com.cn]

Fu Han, 23, a League of Legends gamer and esports commentator, has one more job now — teacher.

Born in southwest China's Chongqing, Fu was first introduced to the esports game League of Legends in high school. At the age of 15 she started Chongqing Youth LoL Competition, a local LoL competition for youngsters, with another friend. The competition has been successfully held for six sessions, hosting 76 teams at its peak.

Later, she became an esports commentator. Having watched countless professional competitions and participated in many offline competitions, Fu has gained a deeper understanding of esports. Now she shows up to almost all the competitions in Chongqing.

In order to better spread esports culture, she chose to become a teacher of the subject at a vocational school in Chongqing last year.

With the popularity of esports in China rising rapidly, more and more people are choosing to enter the industry. In September 2016, the Department of Vocational and Adult Education of the Ministry of Education published 13 supplementary majors which will be implemented in 2017 for higher vocational education in general colleges and universities, and "Esports and Management" is in the supplementary catalogue.

"It's fine to be an esports enthusiast, but you should work your head off to live up to your dream. I feel happy I could turn my hobby into a career," she said. "I really enjoy interacting with those students. Watching them is like watching a younger me, once filled with fantasies and passion for esports." 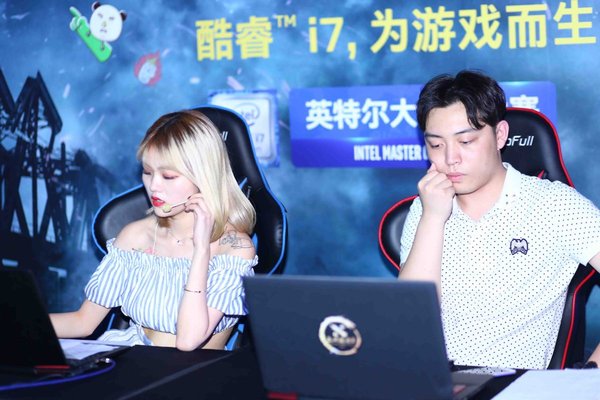 Fu Han (L) serves as an esports commentator at Inter Master Challenge Chongqing in 2018. [For chinadaily.com.cn] 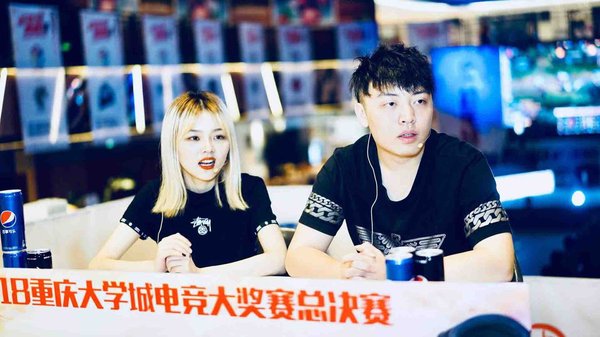 Fu Han (L) serves as an esports commentator at an esports final in Chongqing. [For chinadaily.com.cn] Fu Han (L) serves as an esports commentator at the 2019 Three Gorges E-sports Competition. [For chinadaily.com.cn]