On the Same Plain 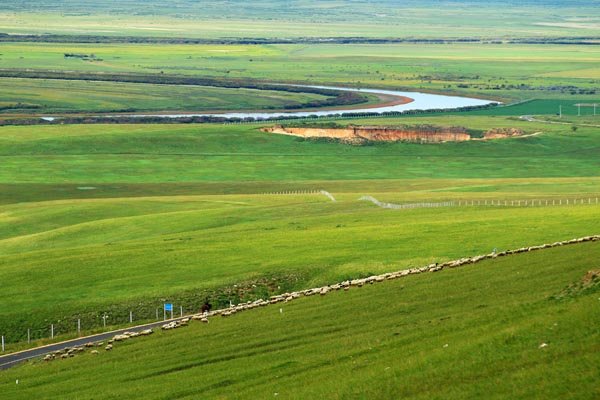 A lifelong love for the grasslands has inspired Xin Xiaoping's research that is key to cultivating a sustainable future for such environments, Li Yingxue reports.

As a leading expert in her field, Xin Xiaoping quite literally has a natural passion for the grasslands of the Inner Mongolia Autonomous Region and she loves nothing more than to travel out to the plains to take samples to study back at her laboratory.

Using a sampling square called a quadrat — a simple 1-square-meter frame — which she lays on the ground at a chosen spot, Xin takes samples of all the plants found within it, taking care to place each species of plant in a separate envelope. She then digs down to take soil samples every 10 centimeters to a depth of 80 cm beneath the surface.

"By using the quadrat, I gain a deeper understanding of the grasslands. Having visited nearly every Region of grassland in China, I realize my passion for them is in my blood," says Xin, 49.

A researcher and doctoral supervisor at the Institute of Agricultural Resources and Regional Planning at the Chinese Academy of Agricultural Sciences, Xin is also the head of the national field station at the Inner Mongolia Grassland Ecosystem Research Station in Hulunbuir.

She was given the 2018 Technology Innovation Award by China Central Television and Chinese Academy of Sciences in January for her research on grassland ecology. And now, after spending three decades studying them, Xin's colleagues refer to her as "the daughter of the grasslands".

She says her main interest is the grasslands and through science she can actually do something for such ecosystems. She recalls how at the age of 11 her father first took her to the grasslands in the Gannan Tibetan Autonomous prefecture, Gansu province, where she was stunned by the verdant world that unfolded in front of her. 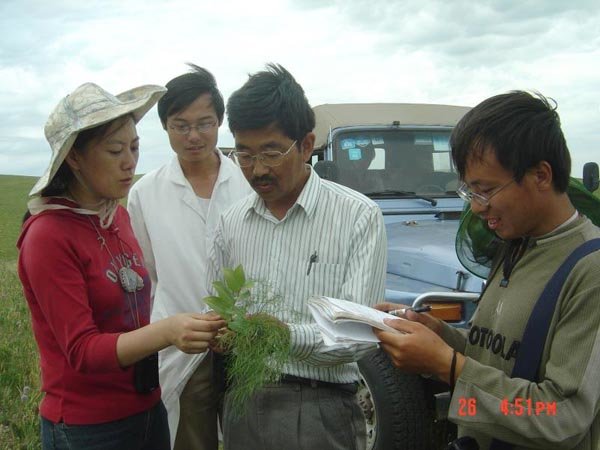 Xin Xiaoping and her team from the Chinese Academy of Agricultural Sciences have done years of observation and experiments on the Hulunbuir grasslands. [For China Daily]

From 1988 to 1992, she studied ecology at Lanzhou University. In her sophomore year she conducted field research in a forest. A year later, she got the chance to embark on a study of the grasslands.

"Wandering around the forest is fun, but when I lie down on the grasslands under the blue sky, it feels like home," Xin says.

She recalls a day when she was standing on the grasslands after the rain had stopped, she caught sight of the mountains in the distance layered with different colors — the green grasslands below, then the purple-brown rhododendron bushes, the red bald mountain, followed by its white snow-capped peak topped off with a white cloud hat.

"This image is so etched in my mind that it always reminds me of why I love the grasslands," says Xin.

Throughout her bachelor and doctorate years, she spent her summers visiting many grassland.

"As a 21-year-old I visited the Gannan grasslands. At 22, I went to the Qinghai-Tibet Plateau. Aged 25 to 27 I visited the Songnen Plain, and at 28 I traveled to the grasslands in the mountain Regions of southern China. At the age of 29, I was in Hulunbuir," Xin says. "Each grassland has its own personality."

Field work on the grasslands involved a lot of driving, and Xin spent hours chatting with the driver and watching the road. 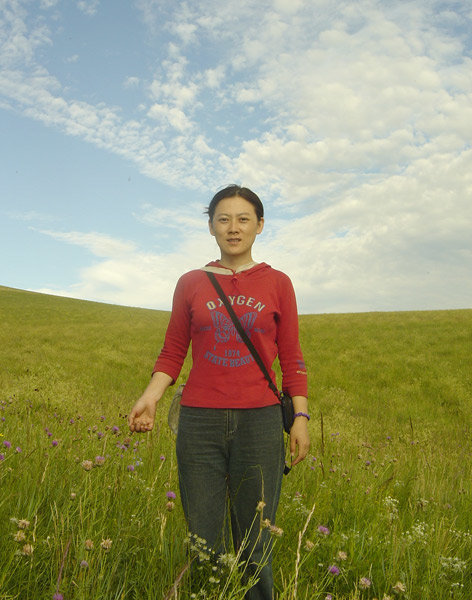 There are no hotels out on the plains, so Xin would often call at herdsmen's tents to ask for a meal. The herdsmen always welcomed her and offered her a place to sleep.

In 1998, Xin was recruited by Li Bo, an academician at the Chinese Academy of Sciences, to join his grassland ecology remote sensing team to help build an observation and research station in Hulunbuir.

Xin was keen to start the work, but Li suddenly died six months into the project. After taking three months to overcome her sorrow, Xin decided to finish Li's vision to build the observation and research station at Hulunbuir.

She was named executive deputy head of the station in 2005, the first female out of all the executives staffing the 53 wild scientific stations across China.

After years of observation and experiments on the Hulunbuir grasslands, Xin mapped out the key direction for research there, filling in the gaps in analysis into meadow steppe ecosystems through observation and research.

She studied ecosystem modeling for her doctoral degree. By combining all the data her team had collected, Xin realized it could be used to guide herdsmen to better grazing pastures.

Xin developed a software application in 2000 to show herdsmen what kind of plants grow in what area, and she continued collecting data and adding to it. In 2015, Xin and her team published a book summarizing guidelines and methods to cultivate pastures in China.

Two years ago, Xin's team launched an app aimed at helping herdsmen around China to manage their pastures and predict their harvest. Using the remote sensing techniques to observe the ecosystems of the grasslands and combining the data collected by her team of researchers, the app models growth patterns of the grass.

"We used to monitor and manage the situation using remote sensing (aerial scanning). Now with these formulas, we can predict the future and even make future plans based on them, which can raise the income of herdsmen in China," says Xin.

Xin is now looking for her successor to take up her work at the station in Hulunbuir, as she thinks it should not rely on her to keep running.

"No matter who is the head of the organization, it should continue to operate efficiently. That's my hope for the station," says Xin.

Xin's team in Beijing now has around 50 researchers, including graduate students, and there are also more than 20 staff members at the Hulunbuir station.

Xu Lijun, 40, joined the station in 2009 and took over its management in February.

"Now I understand how difficult this role is, because besides doing research, I have to take care of the team members, visiting researchers, and also stay in contact with the government," says Xu.

According to him, a four-story building next to their current dorm block is nearing completion.

"There is a list of rankings of all the wild science stations. When I joined in 2009, Hulunbuir station ranked somewhere in the middle, but this year we made it number one."

Xu could tell from Xin's eyes her love for the grasslands when they were first introduced as visiting researchers came to the station to start taking samples.

"She didn't see the introductions as an onerous task, you could tell she enjoys them every time," says Xu.

In Xu's mind, even when Xin is in her office in Beijing, her mind is always thousands of kilometers away in Hulunbuir, and after 20 years spent on the grasslands, the locals have already taken her as one of their own.

Xin has a 12-year-old daughter, who is used to her mother's busy schedule and her working late. From the age of 4, Xin would take her daughter with her to Hulunbuir each summer.

When Xin is working outdoors on the grasslands, she doesn't apply sunscreen, but her daughter covers herself up with clothes and a hat, gloves, sunglasses and a mask.

"My daughter says she will not work on the grasslands when she grows up, as it's too hard, but she's done many samplings together with our quadrat team, and some of the data she has collected are used in some of my student's papers," says Xin.