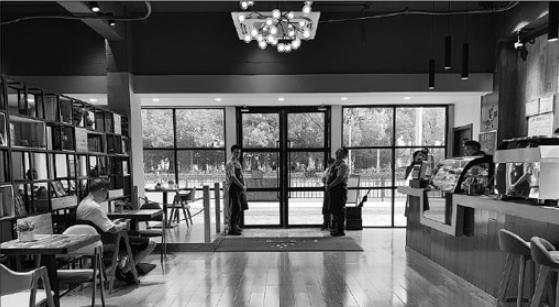 Chengshan Road in Pudong New Area is a relatively quiet area with no commercial buildings or shopping malls in its vicinity. Despite this, the Dream Workshop Cafe that is located along the road has attracted thousands of customers since its opening in July.

The main draw of this cafe is not its coffees or desserts - it is the employees.

Staffed with eight full-time and 10 part-time waiters, most of whom are youth with disabilities from the Pudong Special School, the cafe is a joint venture between the school and a private sponsor.

According to He Yutian, the manager of the cafe, the establishment aims to show people that despite their disabilities, each staff has a unique ability to be proud of. For instance, Ying Hao, who has Down syndrome, is adept at the piano and can make a good cup of coffee. Yang Ankun, who is autistic, is good at remembering numbers and is hence responsible for keeping track of visitor numbers every day.

Ying, who has also had to take on reception duties, said that he appreciates the training he has received, and that his latte art has been improving.

"I've never been late for my job. The reason I love my job is that I hope I can take care of my parents in the future," Ying said. "We treat the cafe as a home. The work is busy, but I never feel tired. I want to learn more coffee-making skills and improve myself." 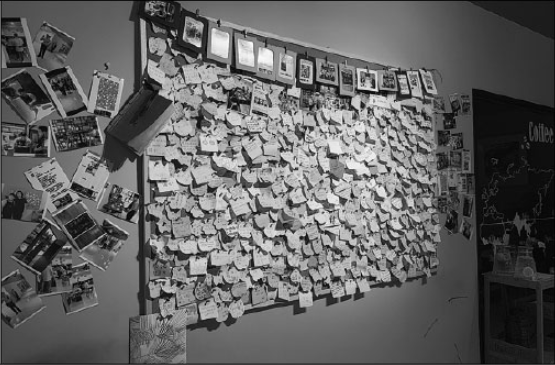 Each employee works eight hours a day, six days a week, and helps in several areas, such as making coffee, preparing meals and serving guests.

"All the waiters consider the cafe as their home. They have never been late for work and love doing what they do. They are more serious and careful than able-bodied people and are eager to be valued at work," said He.

Yang Bin, a teacher from the special school, said that Dream Workshop Cafe used to be located within the school, which was established in 2000 and formerly only catered to deaf-mute students. The school only expanded its education offerings to those with other types of disabilities in recent years. It currently has 380 students.

To help students secure a job in the society, the school has over the years offered courses that teach students how to create soap, wash cars, do gardening and craft pottery. It was only last summer that the school invited a team from Mellower Coffee to teach its students the craft of coffee-making.

"We had many concerns before opening. The location is relatively secluded and we had no experience of running a cafe. We were also concerned that our students could not adapt to serving customers from outside the school," Yang Bin said.

To help the students ease into their roles, teachers and parents helped with the daily operations of the cafe in the initial stages and advised the manager how to deal with his special needs staff.

"These youths work very hard because they cherish the chance. Most of them wake up at 5 or 6 am and want to be in the store earlier and leave the store later," he said.

According to Yang Bin, the cafe serves an average of 100 guests every day and has already been a profitable venture.

"We will seek support from the government and enterprises to help maintain this project and attract more people to join us," said the teacher. He also revealed that there are plans to launch a car wash and a small grocery shop beside the cafe to provide more job opportunities for the students.

"The ultimate goal of education is to help students go further in their careers. Even these special needs children are working hard to show their value in society - we able-bodied people should certainly be doing more," he said.