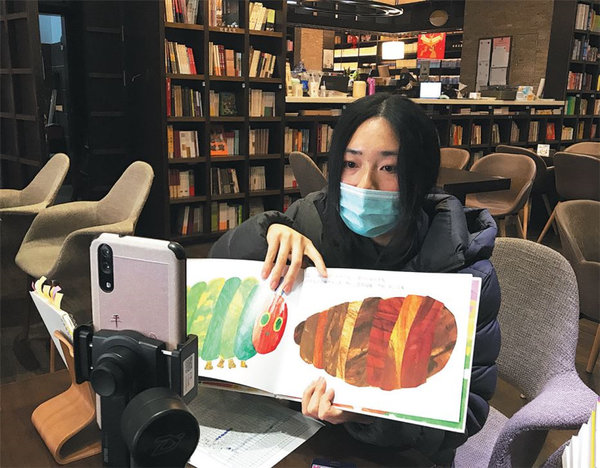 Demand for livestreaming anchors has jumped since the start of the novel coronavirus pneumonia pandemic as people spend more leisure time at home surfing the internet.

According to a report by Zhaopin, an online recruitment platform in Beijing, and Renmin University of China, the novel coronavirus outbreak has funneled customers to digital entertainment sites, spurring the growth of the online economy, especially livestreaming.

The report said that job vacancies in entertainment, sports and leisure rose 3 percent year-on-year in the first quarter of the year.

Zhaopin CEO Guo Sheng said on Wednesday that the outbreak had severely disrupted the job market, with only 5 percent of surveyed companies saying they did not expect losses due to the pandemic.

"Actually, the job market faces great challenges, but demand for some positions is growing rather quickly," he said. "For example, real estate agents and, obviously, people for livestreaming."

Real estate agencies had been enjoying brisk business despite the outbreak because renting was becoming less popular.

Data from QuestMobile, a big-data company in Beijing, show that the time people are spending on the internet has increased 21.5 percent since the outbreak started. Driven by people staying at home, the online economy is also expanding.

The average income for livestreaming bloggers－including basic salary and sales-related bonuses－was 9,845 yuan ($1,400) a month in February, up 1.63 percent year-on-year.