The final round and awards ceremony of the China Women's Craft Entrepreneurship and Innovation Contest was held on November 7-8, in Wuhan, capital city of Central China's Hubei Province. The All-China Women's Federation (ACWF) and the Hubei Provincial People's Government organized the event. The contest established a platform to display women's entrepreneurship and innovative projects, and to encourage women to develop an innovative spirit and entrepreneurial competence.

Shen Yueyue, Vice-Chairperson of the Standing Committee of the National People’s Congress and President of the ACWF, attended the awards ceremony.

The prize-winning works were on display during the event. Shen visited the excellent handmade works and talked with women entrepreneurs to learn about the support that they have received, how they designed, made and sold the crafts and the difficulties that they have encountered.

Shen said women's craft startups have many advantages. They not only help women get jobs at home and excel in life with their exquisite craftsmanship and ingenuity so as to improve the happiness of their families, but also turn the crafts that contain traditional Chinese culture and national characteristics into commodities of cultural value and economic benefit. They help impoverished women in rural areas get employment and increase their incomes, achieving common prosperity and creating better lives.

Shen stated that under the guidance of the Party and government departments, the women's federations, with the support of social sectors, have built platforms, offered services and set up role models to help women start their businesses and/or get employment, which vividly embodies the incomparable superiority of the socialist system with Chinese characteristics.

She stressed that women's federations at all level should implement the spirit of the Fourth Plenary Session of the 19th CPC Central Committee, summarize the experiences of the previous two sessions of the contest and push forward the establishment of institutional mechanism to make greater contribution to poverty alleviation and stable employment, turning people's aspiration for a better life into reality.

Huang Xiaowei, Secretary of the Leading Party Members' Group of the ACWF and Vice-President and First Member of the Secretariat of the ACWF, delivered a speech at the event.

Huang said that the Fourth Plenary Session of the 19th CPC Central Committee clearly pointed out that it is necessary to promote more sufficient, higher quality employment and to adhere to and improve the institutional mechanism for promoting gender equality and women's all-round development to provide a strong driving force for women to progress when they participate in development as equals.

She added that women's federations, at all levels, should study and implement the spirit of the plenary session, give full play to the brand effect, platform functions and leading role of the contest and provide more effective, targeted services to women, helping them have the courage and ability to start successful businesses.

Jiang said that many women role models in Hubei have devoted themselves to entrepreneurship and innovation, poverty alleviation, rural revitalization and social services. He noted that the province considers the contest as an opportunity to further implement General Secretary Xi Jinping's important remarks on women and women's work, and will strive together with women to contribute to better lives in the new era.

This year, it attracted 1,197 women's teams as participants, and motivated nearly 1 million women in urban and rural areas to start their businesses and/or get jobs, lifting them out of poverty.

During the final round, the ACWF and China Construction Bank signed a strategic cooperation agreement to support women's entrepreneurship and innovation and promote their development. The two parties will have further cooperation in the skill contest and provide free training on entrepreneurship and innovation as well as financial support for women to start their businesses.

More than 500 participants, including women entrepreneurs, craft enthusiasts, and representatives of venture capital enterprises and officials from the women's federations of the provinces, municipalities and autonomous regions attended the activity. 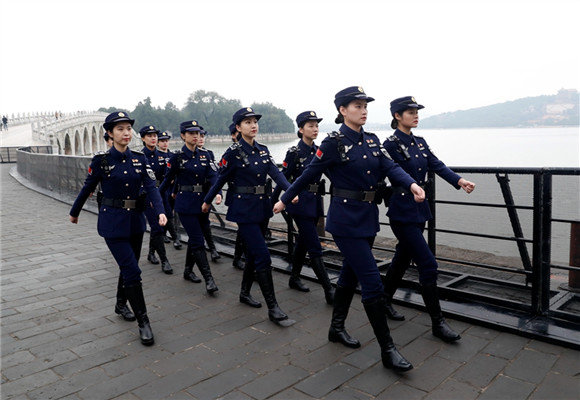