Medical materials from China arrive at the Liege airport in Belgium, on March 18, 2020.[Xinhua/Zheng Huansong]

From the Meuse River to the Dinaric Alps, from Rica to Piraeus, increasing numbers of Chinese enterprises and residents stand side by side with local authorities and frontline health workers in Europe to help attenuate the sanitary shockwave in their second homeland, now the epicenter of the pandemic. 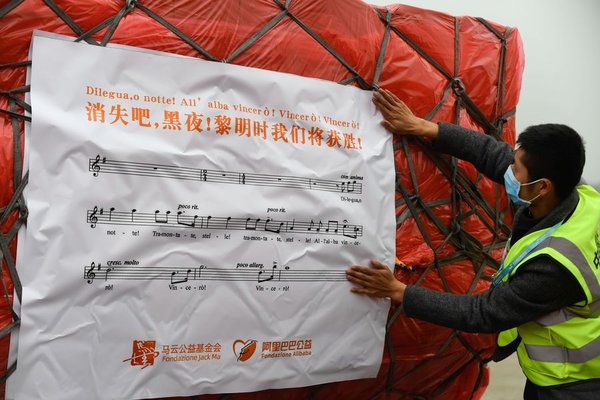 Chinese medical materials are prepared to be loaded onto the plane to Belgium at Xiaoshan International Airport in Hangzhou, capital of east China's Zhejiang Province, March 13, 2020. [Xinhua/Huang Zongzhi]

From the Meuse River to the Dinaric Alps, from Rica to Piraeus, increasing numbers of Chinese enterprises and residents stand side by side with local authorities and frontline health workers, mainly by providing much-needed medical protective gears to help attenuate the sanitary shockwave in their second homeland, now the epicenter of the pandemic.

On Monday morning, dozens of boxes containing 50,000 medical masks dispatched from Changsha in south-central China were handed over to Bedburg city officials in eastern Germany. Written on the boxes was a German proverb, which translates as "mountains and valleys don't come together, but humans do."

The donation came from the Sany Group, a leading Chinese construction machinery manufacturer whose European headquarters is in Bedburg. The masks are destined for hospitals in Bedburg and Essen, both in North Rhine-Westphalia, the state with the largest number of confirmed coronavirus cases in Germany.

"During the most difficult time of the COVID-19 outbreak in China, Sany Europe's partners and friends from Europe provided great support to the Chinese people. With a grateful heart, the Sany Group quickly prepared the first batch of 50,000 medical protective masks in China to support the prevention and control of the COVID-19 pandemic in Germany," said Martin Knoetgen, chief executive officer (CEO) of Sany Europe. A staff member of the local public health bureau stands next to packages containing protective suits in Heinsberg, Germany, on March 6, 2020.[Photo by Shen Zhengning/Xinhua]

Across the continent, Chinese enterprises are taking similar actions to fight the coronavirus hand in hand with their host cities. 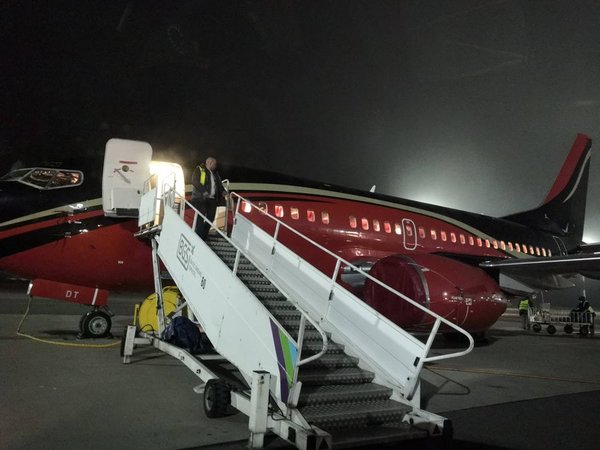 A plane from Avia Solutions Group with the donation from Huawei Baltic and China Chamber of Commerce lands at an airport in Vilnius, Lithuania on March 20, 2020.[Chinese Embassy in Lithuania/Handout via Xinhua]

Chinese tech giant Huawei has also been busy sending out aid wherever possible, but especially to the European countries where they have a long history of partnership in establishing mobile networks and selling phones.

Alibaba and Huawei have both announced that other vital supplies urgently needed at this critical time will arrive rapidly.

An exhaustive list would fill pages, but all these could be summarized by what a Chinese official said at a donation ceremony last Friday.

"The virus knows no borders. It is a common challenge for humanity," said Li Xiaosi, Chinese ambassador to Austria, when witnessing the donation of 150,000 protective masks and 3,000 protective suits to the Workers' Samaritan Federation (ASB), an Austrian aid organization primarily active in emergency medical services, by representatives of the China Railway Rolling Stock Corporation (CRRC), the world's largest rolling stock manufacturer.

"We, the Chinese living in France, have two homes — when China was in distress, we were all with Wuhan; now as the disaster falls upon France, we are all Parisians," wrote the Association of Chinese Residents in France in an open letter, urging some 700,000 Chinese expatriates living in their second homeland to collect protective gears and donate them to the frontline health workers.

Chinese associations had mobilized even before this open letter was published, by donating masks and other materials to France's pre-hospital medical emergency body and to hospitals treating coronavirus patients. In Spain, the Chinese community has donated materials, such as face masks, protective clothing and hand cleaning gels, to the local authorities, the police and hospitals in various cities. They also prepared videos to help raise awareness of COVID-19, keep people safe and prevent panic. A lot more people offering donations prefer to remain anonymous, stating simply: "We are the Chinese community."

"We want to thank the Chinese community in Zaragoza for the donation of face masks, gloves and thermometers to the Zaragoza police. There is no doubt that difficult situations promote solidarity, and this is a clear example: a thousand thanks!" read a message on social media from the City Hall in Zaragoza in northern Spain.

The Athens-based Sino-Hellenic Investors' Confederation has offered seven fully equipped apartments in the Greek capital free of charge for use by doctors and nurses treating patients in Greek hospitals.

The Association of Chinese Professionals in Belgium (ACPB) and a fundraising team that calls itself "Keep Going Wuhan!" have sent hundreds of pairs of protective glasses to two hospitals in Brussels. "The Meuse River runs long, so does our friendship with the Belgian people. We stand together with you in these difficult times," said their message posted on the boxes.

"We will continue to donate other supplies that are still on the way, this time from China to Belgium," said Dr. Xu Zhian, chairman of the association.

In Latvia, an online auction launched by Chinese and local artists, previously aimed at helping Wuhan, also decided to give its total proceeds of some 5,000 euros (5,400 U.S. dollars) to the local authorities, explaining that "the situation has changed" and "there is no such thing as an alien grief."

In Bosnia and Herzegovina (BiH), Chinese businessmen have donated over 10,000 euros to Banja Luka University Hospital and the Brcko special economic zone since the country's first COVID-19 infection was confirmed.

"Some of us have been in BiH for more than 20 years. When our second home is in trouble, we must do something," He Guoliang, a Chinese businessman who initiated the move, told Xinhua.

Elva Liu, a Munich-based Chinese business lawyer who considers Germany her second home, felt the same urge. She did not hesitate one second when she gave a package of masks she had bought in early March to her doctor earlier this week after watching a video in which a German doctor announced the closure of his clinic for lack of personal protective equipment.

"One more doctor continues working, much more chances patients will have for recovery," she told Xinhua. "I finished my studies, built up my career and my family in Germany. I will try my best to help bring normal life back to my second hometown and help others around me." 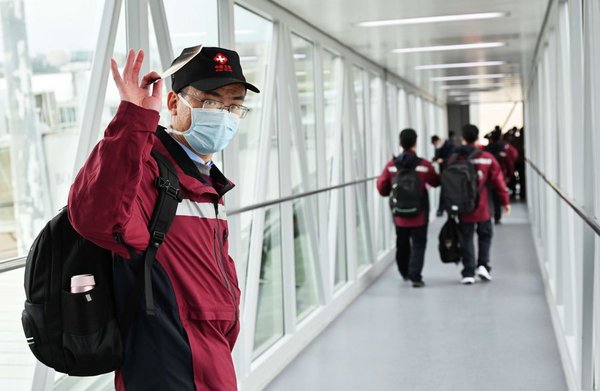 More and more Chinese are expected to join the fight against the virus and make their contributions to Europe's war against the pandemic, commented Nouvelle d'Europe, a Paris-based daily paper run by and for the Chinese diaspora in its Saturday editorial.

"When our motherland suffers, overseas Chinese rush to the rescue. When our second homeland is enduring a hard time, we will also shoulder our responsibilities," reads the editorial.