Chinese President Xi Jinping checks the treatment of hospitalized patients at the monitoring center and talks to medical staff on duty via a video link at Beijing Ditan Hospital in Beijing, capital of China, on February 10, 2020. Xi on Monday inspected the novel coronavirus pneumonia prevention and control work in Beijing. [Xinhua/Xie Huanchi]

BEIJING, February 12 (Xinhua) — The Standing Committee of the Political Bureau of the Communist Party of China (CPC) Central Committee on Wednesday held a meeting on the prevention and control of the pneumonia epidemic caused by the novel coronavirus or COVID-19.

Xi Jinping, general secretary of the CPC Central Committee, chaired the meeting and made an important speech.

Xi said the epidemic situation has shown positive changes due to concerted hard work and that the prevention and control work has achieved notable outcomes.

"The results are hard-won progress made by all sides," Xi said.

Xi demanded resolute efforts from Party committees and governments at all levels to win the people's war against the epidemic and urged them to strive to achieve this year's economic and social development goals and tasks. 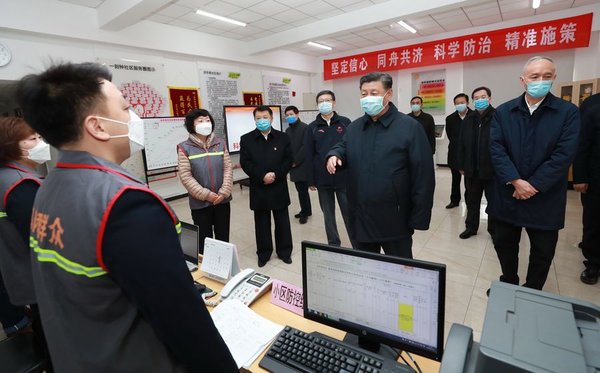 The meeting stressed the following key points in preventing and controlling the epidemic:

— raise the hospital admission capacity to leave no one unattended to in cities with a large number of fever patients;

— reduce the infection rate by strengthening the prevention and control in communities and cutting off transmission routes;

— improve treatment for patients, especially those in severe condition, by pooling strengths in medical resources and technology;

— implement the support of 19 provincial-level regions to different areas of Hubei;

— step up health monitoring of returning personnel in regions with large population inflows.

The meeting also called for efforts to ensure medical supplies as well as the supply of daily necessities.

The meeting called on Party committees and governments at all levels to minimize the impact of the epidemic to maintain steady economic performance as well as social harmony and stability. 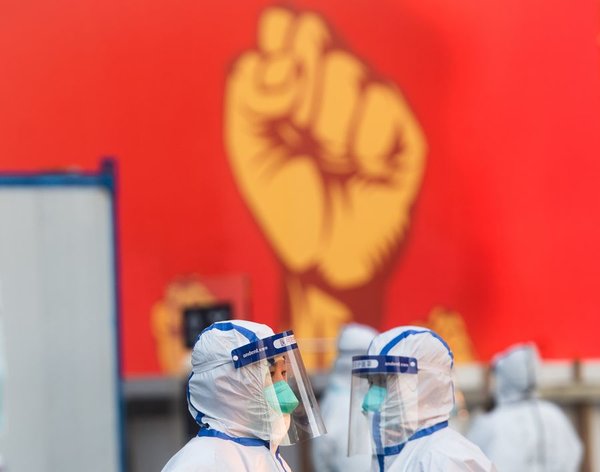 More efforts should be made to formulate policies and measures to cope with the impact of the epidemic. To better combat the epidemic, the country will increase funding and roll out targeted tax and fee reduction measures to ease strains on firms, while looking to offer discounted loan interest rates for producers of anti-virus materials.

The meeting also called for ensuring the orderly resumption of work and production in enterprises. At the same time, multiple measures will be taken to ensure a stable job market for college graduates and other job seekers.

Foreign trade companies will get help to resume work at an earlier date and financing support to trade will be beefed up, the meeting said. The legitimate rights and interests of foreign investors will be better protected as the country pledges more efforts in improving its investment environment.

The meeting said to well coordinate the epidemic prevention and control, and the economic and social development is a "major battle" as well as a "big test," urging Party committees, governments and leading officials at all levels to shoulder their responsibilities and pass the test.