Ten young people are honored the title of "10 most beautiful college graduates for grassroots services" at an award ceremony in Beijing on December 30, 2019.

At the ceremony, videos about the stories of the 10 role models, six of whom are women, were played, showing their firm faith, patriotism and sense of responsibility in their dedication to working at grassroots level.

The award aims to publicize the deeds of the ten young people who work at grassroots level after graduating from the university and motivate more college graduates to serve the people wholeheartedly.

The honored women role models are as follows:

Wang has spent 11 years on the island in Yantai City, East China's Shandong Province, far away from her parents and friends. In 2008, Wang graduated from the college in 2008 and became the first and only full-time doctor on the island.

Qi launched an agricultural cooperative and run an e-commerce business, which has helped local villagers shake off poverty.

Li has devoted 10 years to teaching children in a primary school in a remote village. She teaches three courses to students in four grades, saying that she is determined to help more rural students receive education in that backward mountainous area.

Yang is a role model of taking part in poverty-alleviation work in rural areas. She led the local villagers to build greenhouses and establish agricultural cooperative, and she also initiated a platform to help develop the village's collective economy.

Jin Caihong, an official in charge of endowment insurance in the Aba Tibetan and Qiang Autonomous Prefecture in Southwest China’s Sichuan Province

Jin has publicized the preferential policies of the government and encouraged people to join the social insurance system. 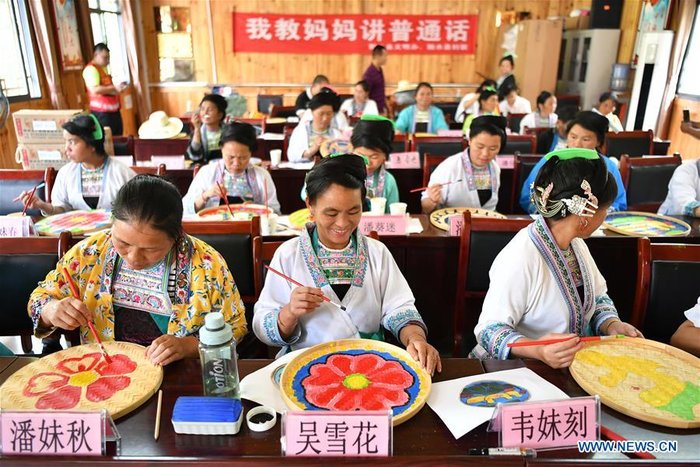