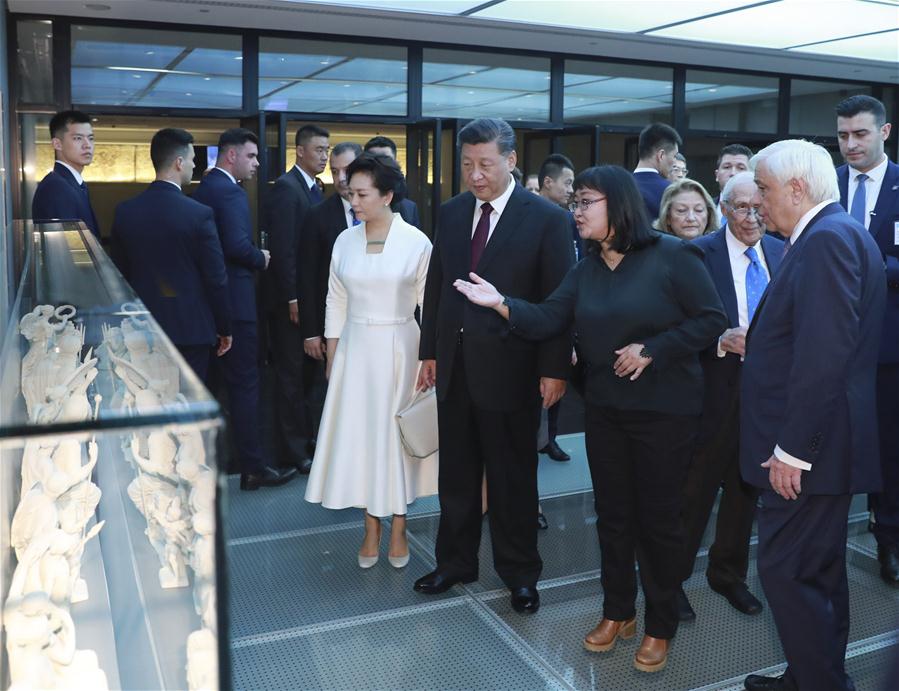 The couples listened attentively to the explanations. Xi, from time to time, stopped and asked questions.

Although China's artistic expression is different from Greek counterparts, China, as a representative of Eastern civilization, has many artistic achievements that have a profound influence on later generations, Xi said.

Due to historical reasons, many precious cultural relics of both countries are still lost abroad, Xi said, calling on the two countries to enhance cooperation to bring them back to their home countries.

Xi said the tour has left a beautiful and memorable impression on him, and that has also deepened his understanding of ancient Greek civilization.

He said he felt the impact of history and further realized that China and Greece, as two ancient civilizations, have much in common.

He once again thanked the Greek president, the government and people for their warm hospitality.

He said he thought a lot during this visit, which was hard to describe in words.

Together, the Chinese and Greek sides reviewed the past, learnt from the past and looked toward the future, Xi said, noting that both sides decided to work more closely with each other to open up a better future.

Particularly, the two sides should strengthen people-to-people exchanges, advocate dialogue among civilizations and make contributions to promoting inclusiveness, mutual learning and harmonious co-existence among different civilizations and countries, boosting world peace and prosperity and building a community with a shared future for mankind, he said.

Pavlopoulos said Xi's visit has opened up a new chapter in Greece-China relations.

He said he and Xi have had in-depth and cordial conversations in the past two days.

He said both Greece and China boast profound civilizations and their ancient, splendid and great civilizations have linked the two peoples closely with each other.

He thanked Xi on behalf of the Greek people for understanding and respecting the Greek civilization and for seeing Greece as a bridge between Eastern and Western civilizations.

If all countries uphold these standards, the road ahead of mankind will become broader and broader, he added.

For world peace and a brighter future for mankind, Pavlopoulos called on Greece and China to strengthen communication and cooperation. 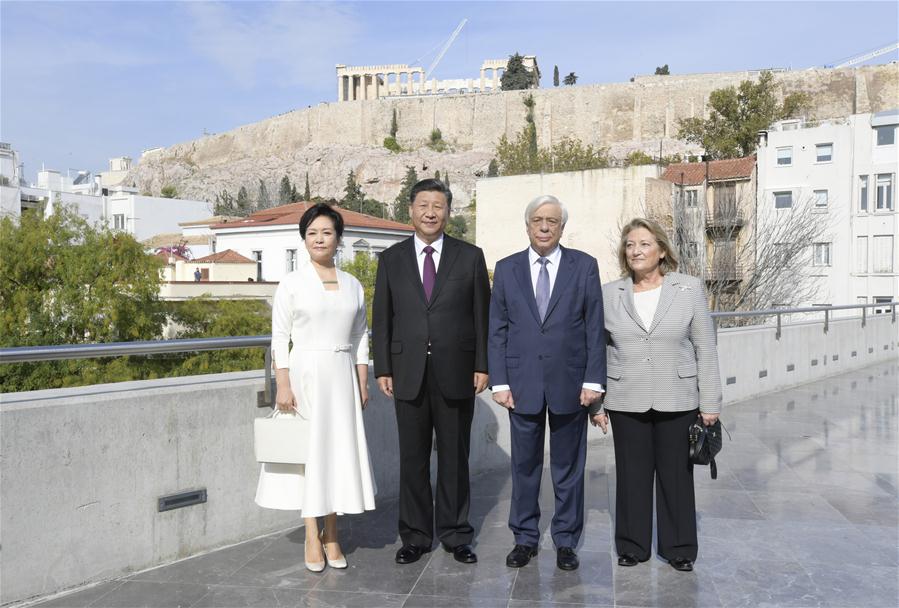 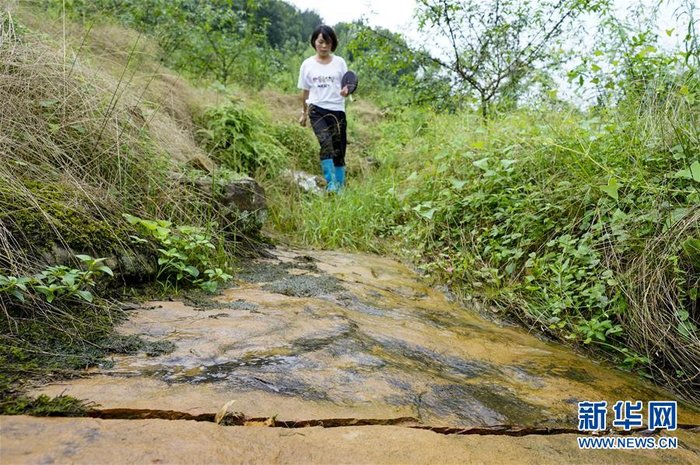