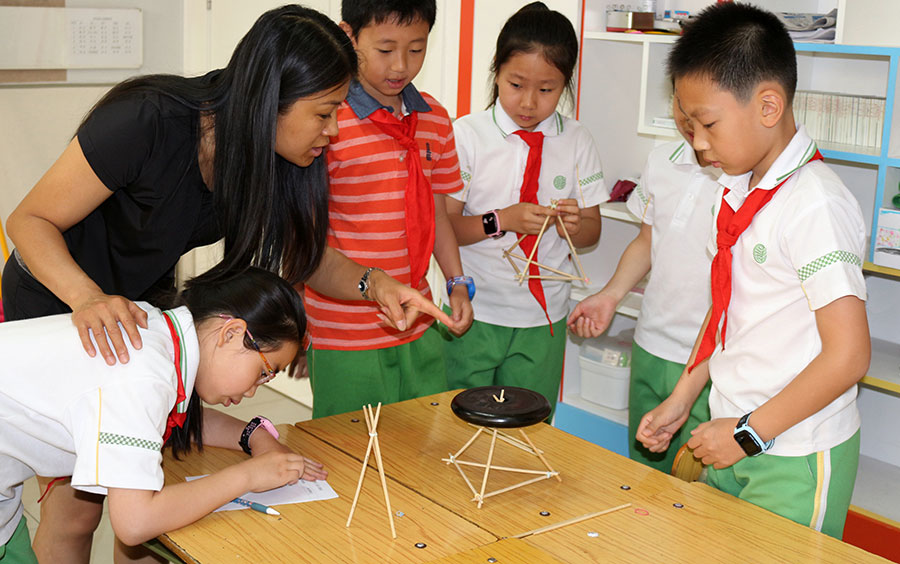 Children participate in an invention activity at Fangcaodi International School in Beijing in 2017. [For China Daily]

BEIJING — China will launch a national platform for survey research on the reality of the implementation of key national education policies and major education problems, according to a guideline released by the Ministry of Education Thursday.

Calling for transparency and sharing of education data nationwide, the guideline also required efforts in learning about the latest educational reform in foreign countries as well as managing and making use of existing achievements in China's education research.

Teachers of primary and secondary schools were also encouraged to take an active part in research activities to have an insightful grasp of educational reform and explore effective approaches to teaching and student development, the guideline said.