China's Migratory Bird Sanctuaries along the coast of the Yellow Sea-Bohai Gulf (Phase I) were inscribed on the World Heritage List as a natural site on Friday at the ongoing 43rd session of the World Heritage Committee in Azerbaijan's capital here.

The decision to inscribe the Chinese natural site on the United Nations Educational, Scientific and Cultural Organization's (UNESCO) World Heritage List was unanimously supported by all members of the World Heritage Committee.

"This inscription demonstrates the firm commitment of China to conservation of the world heritage. It will set an example for subsequent sites for the nomination of East Asian-Australasian Flyway," said Shen Yang, ambassador and permanent delegate of China to the UNESCO, following the announcement of the decision.

Migratory Bird Sanctuaries along the coast of the Yellow Sea-Bohai Gulf of China are located in the Yellow Sea ecoregion, containing the world's largest continuous mudflat seashore.

It is the central node of the East Asian-Australasian Flyway (EAAF), which is the most threatened migratory flyway worldwide and boasts the largest number of endangered and critically endangered species.

The area has a high biodiversity, with about 280 species of fishes and more than 500 species of invertebrates, providing a variety of food resources for millions of migratory birds.

The total nominated area of Phase I, located in Yancheng Municipality of China's Jiangsu Province, is 186,400 hectares, which accounts for 42 percent of the total area of the serial nominated property that consists of 16 nominated components.

The remaining 14 components will be detailed in the Phase II documentation, and the State Party of China has agreed to submit the nomination documents for Phase II before Feb. 1, 2022.

"To be inscribed on the World Heritage List not only means a great honor, but also more responsibilities. The Chinese government will continue to strictly implement the Convention and relevant decisions," said Zhou Zhihua, deputy director of the Department of Nature Reserve of China's National Forestry and Grassland Administration, at the session of the World Heritage Committee.

The Chinese government will continue to protect and maintain the new world heritage, which is a "precious gift from nature to all human beings" through scientific planning as well as strict management and enforcement, he added.

The 43rd convention of the World Heritage Committee, held from June 30 to July 10, started on Friday to examine 35 nominations for inscription on the UNESCO World Heritage List, according to UNESCO.

The committee will also examine the state of conservation of 166 sites on the World Heritage List, 54 of which are also on the List of World Heritage in Danger.

More than 2,500 delegates from 180 countries participate in the 11-day convention, according to Azerbaijan's state-run news agency AZERTAC. 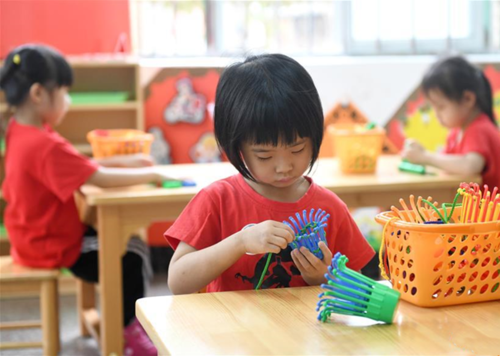