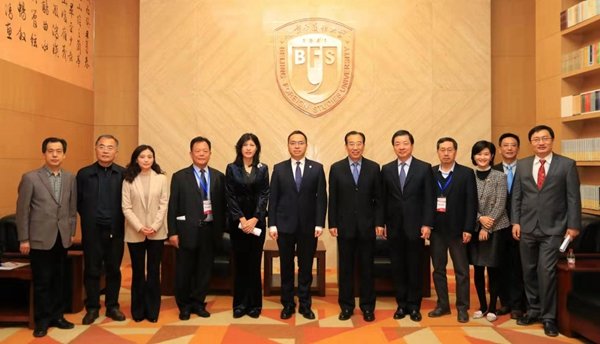 Part of the participants take a group photo at the 9th Public Diplomacy Beijing Forum held at Beijing Foreign Studies University on November 23. [For Women of China]

The 9th Public Diplomacy Beijing Forum with the theme of "Public Diplomacy and Global Partnership Network" was jointly held by the China Public Diplomacy Association and the Beijing Women's Federation (BWF) at Beijing Foreign Studies University (BFS) in Beijing on November 23. More than 100 people, including officials from the Ministry of Foreign Affairs, the International Department under the Central Committee of the Communist Party of China, the Ministry of Emergency Management and the foreign affairs departments of Beijing, Shanghai and other cities, along with representatives from universities, enterprises, think tanks and social organizations, attended the forum.

Zhao Haiying, Vice-President of the BWF, spoke at the opening ceremony of the forum. Zhao extended deep thanks to the BFS for its efforts in making use of its think tanks in creating a high-level exchange platform where all forces involved in public diplomacy can conduct their studies and practices.

She underscored the importance of the implementation of women-oriented public diplomacy in the new era, and she highlighted its development direction and major tasks. Zhao Haiying, Vice-President of the BWF, delivers a speech at the opening ceremony of the 9th Public Diplomacy Beijing Forum on November 23. [For Women of China]

Guo Ruixiang, a former project coordinator with UN Women, talked with attendees about the latest indices concerning gender equality in the implementation of the UN 2030 Agenda for Sustainable Development, China's unique strengths in the fulfillment of its international obligations and implementation of public diplomacy for the sake of gender equality and women's development. She spoke about the functions of global partnership in ensuring equal participation and contribution by the two genders as well as an equal sharing of benefit between them.

Meanwhile, a parallel session with an emphasis on the experiences gained from women-oriented bilateral and multiple cooperation on the projects of people's livelihoods in the world was co-sponsored by the Beijing Women's International Center and the Public Diplomacy Research Center under the BFS. 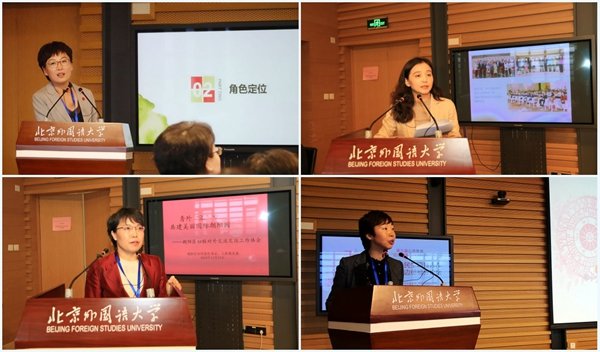 Several participants talk about the roles of the women's federations in the development of women-oriented public diplomacy at the parallel session. [For Women of China]

The session has two sectors — discussing the role of women's federations in women-oriented public diplomacy and exchanging the experiences of women-oriented livelihood project cooperation in different countries.

In addition, Ma Jie, Vice-President of the Women's Federation of Shaanxi Province, introduced the "Silk Road on Fingertips," an international women's craft development and domestic service project, to show the building of women's homes and craft exhibition platforms as well as the vocational training for women in foreign countries involved in the Belt and Road Initiative. 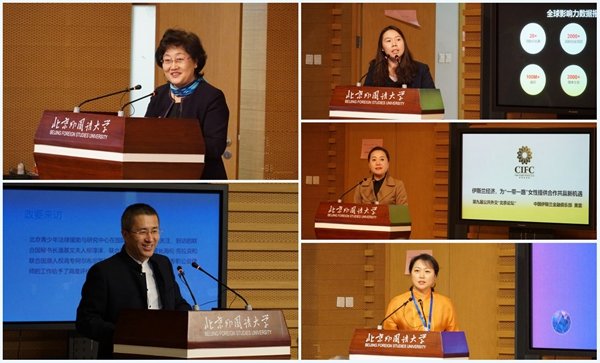 Speakers share the experience in the promotion of the cooperation of women-oriented livelihood projects at the parallel session. [For Women of China]

The Public Diplomacy Beijing Forum has become a flagship event, and it is one of the most influential platforms for the academic exchanges of public diplomacy among domestic universities and colleges. 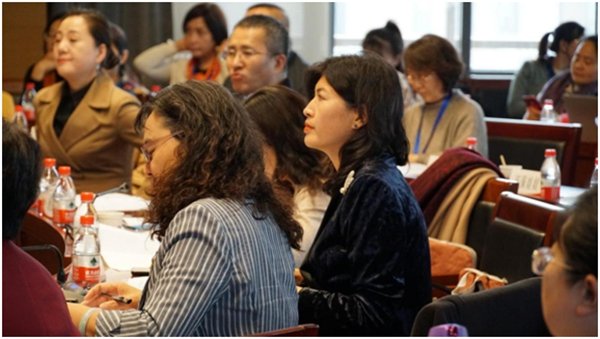 Participants listen attentively at the parallel session. [For Women of China] 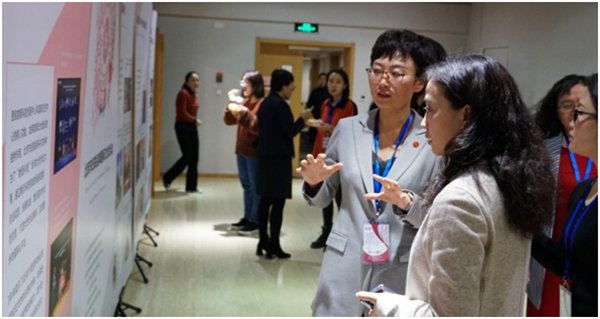 Attendees visit an exhibition featuring foreign exchanges undertaken by the BWF. [For Women of China]