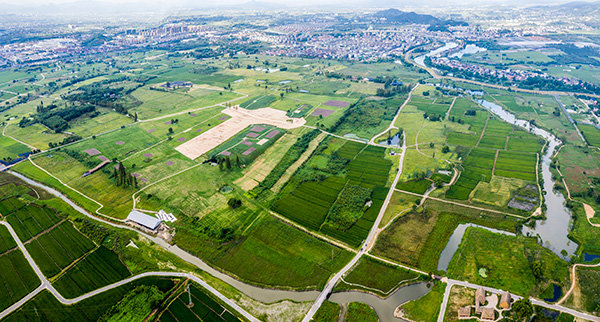 The Archaeological Ruins of Liangzhu City in Hangzhou, Zhejiang Province, which date back 5,300 years, were inscribed onto the UNESCO World Heritage list on Saturday during the 43rd session of the World Heritage Committee in Baku, Azerbaijan.

The ruins, whose core area covers 14.3 square kilometers in the northwest of Hangzhou, is considered an important representation of early urban civilization, with rice-cultivating agriculture as the economic foundation.

The heritage site includes city ruins with palace and altar remains, 11 early-stage dams, and high-level cemetery sites. The Neolithic civilization was thought to last about 1,000 years until 4,300 years ago, according to archaeologists' research.

The site is also known for its abundance of ceremonial jade, which shows a complicated ritual system and indicates a realm with a combined authority of deity and kingship.