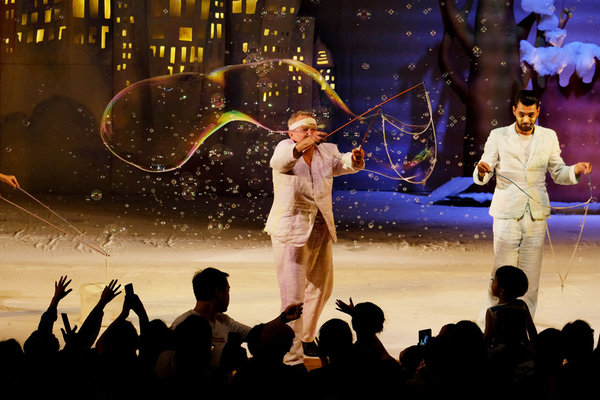 Performances from last year's Gateway to Music arts festival. The annual event will run from July 2 to Aug 31 in Beijing this year. Run by the Forbidden City Concert Hall, the event will feature a variety of programs staged by international artists for children, including dance, music and acrobatics. [For China Daily]

A Beijing festival is set to inspire kids to pick up an instrument over the holidays, Chen Nan reports.

Having established itself as one of Beijing's biggest arts festivals for children during the summer vacation since 1995, the annual Gateway to Music, which will take place at the Forbidden City Concert Hall, is set to open on July 2.

With 16 mini summer camps teaching Western classical music, traditional Chinese opera, traditional Chinese folk dance and calligraphy to children as well as over 100 live performances and public lectures, the festival will run for two months until Aug 31. Looking to beef up its educational role, the festival organizers hope to build up more opportunities for interaction between international artists, local musicians and young Chinese students.

Chinese conductor Tan Lihua will lead the Beijing Symphony Orchestra to open the festival with a concert held on July 5 at the Forbidden City Concert Hall, with repertoires including The Blue Danube, by Austrian composer Johann Strauss II, and He's a Pirate, the theme tune to Disney's Pirates of the Caribbean film. 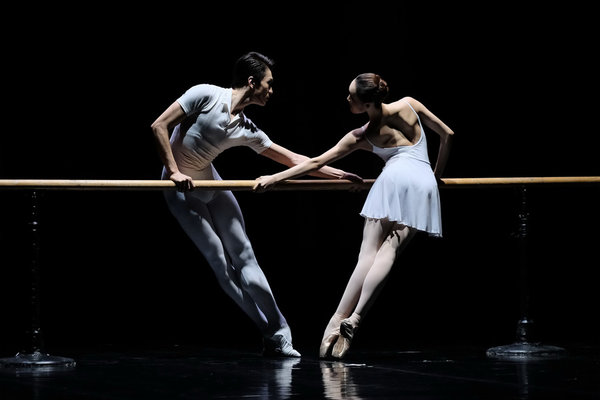 Performances from last year's Gateway to Music arts festival. The annual event will run from July 2 to Aug 31 in Beijing this year. Run by the Forbidden City Concert Hall, the event will feature a variety of programs staged by international artists for children, including dance, music and acrobatics. [For China Daily]

"The arts festival is not just designed as entertainment for children during the summer vacation. It's also about inspiring and educating. That's why we design programs along with experienced music educators," says Xu Jian, the general manager of the Forbidden City Concert Hall.

"Art education is a vital aspect of what we do as professional musicians. Teaching inspires not only the students, but also the teachers in many ways," says pipa player Zhang Hongyan, who started to play the traditional Chinese four-stringed musical instrument at the age of 7 studying with his father, also a pipa player.

"We don't set age limits for the summer camp, so every year, we see students from 5 up to 60 years old playing pipa together in the classroom," says Zhang, adding that this year about 200 students will join the summer camp, who will be divided into classes based on their level of understanding. "For students who have never played pipa before, it's a real fun experience to learn about the traditional instrument." Zhang adds that since more and more parents in China are encouraging their children to learn to play music, whether Western classical or traditional Chinese music, she will invite music psychologists to join the summer camp and interact with parents, discussing issues about music education and ways to help their children get the most out of their music lessons.

Xu notes that in May, the Beijing, Tianjin and Hebei symphony orchestras teamed up to form an art alliance aimed at promoting the development of the classical music scene in the Beijing-Tianjin-Hebei area.

With the support of Beijing Poly Theatre Management, the alliance will bring programs to children in four other cities: Baoding, Hengshui, Tangshan in Hebei province, and Tianjin-as part of the Gateway festival.

One of the highlights will be a concert performed by the BBC Symphony Orchestra on July 2 at the Tianjin Grand Theater. Under the baton of conductor laureate Andrew Davis, the orchestra will perform Piano Concerto No 1 by Pyotr Ilyich Tchaikovsky, featuring pianist Pavel Kolesnikov. Over the course of the next 58 days, audiences will be able to enjoy around 45 more performances at the Tianjin Grand Theater, all diverse in their scope and nature. 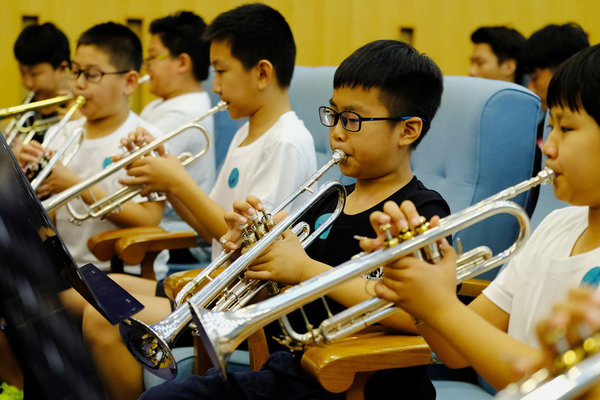 Children join a summer camp music class during the 2018 festival. [For China Daily]

Jingju, or Peking Opera, has a history spanning more than 200 years, which combines several art forms, including singing, dancing, martial arts and acrobatics. In 2010, UNESCO declared it as an Intangible Cultural Heritage of Humanity.

For the upcoming festival, Peking Opera masters from the Jingju Theatre Company of Beijing will give performances and host workshops for children.