Produced by Mango TV, a streaming site backed by Hunan Satellite TV, the reality show has made huge waves across China's social platforms even before its highly-anticipated premiere on June 12.

The show teams up 30 seasoned, established women singers, actors and hosts all born before 1990, with 52-year-old Taiwan singer Annie Yi as the oldest contestant.

"Even though some possibilities in life fade after you hit 30, you can still transcend time and reinvent yourself," reads part of the show's manifesto-like preamble, conveying a clear message against the ageism confronting women, especially those in the notoriously ageist entertainment industry.

The "reinvention" promised by the show comes with three-month training and competition, where the 30 performers, like contestants in popular idol-creating shows such as Produce 101 and Youth with You, sharpen their vocal and dance prowess and battle it out to secure a spot in a five-member women's group.

Some contestants spoke out about their attitude towards aging and age discrimination.

"Women of different ages all have their own charm. I think I'm in the prime of my life, so why should I deny the potential I have?" said The Wild Goose Lake star Wan Qian, who at 38 is known for her roles in many arthouse films.

Wu Xin, 37, a hostess on the popular variety show Happy Camp, also voiced a similar opinion, believing she's at the best age of her life.

"I used to limit myself due to a narrow vision, and thus missed a lot of opportunities. As I get older, I've come to realize actually I can do many things, so I decided to seize this chance to stretch myself," she said.

Some viewers raved about how the show helped relieve anxieties over aging on Douban, a popular TV and film review website.

On the site, Sisters has notched up 8.3 points out of 10, far eclipsing two other girl group reality shows from 2020, season 2 of Youth With You and Chuang 2020, which have respectively earned 5.8 and 5.9 points.

"The shows I've watched all seem to emphasize the value of youthfulness, which makes me feel only young girls are lovable and a woman unmarried by the age of 30 is absolutely a pathetic loser," wrote Douban user Ma Qiao, who revealed she's 24 but cannot help shivering whenever she thinks of reaching her 30s and 40s.

"Sisters is definitely a breath of fresh air for me. I have come to realize all the sisters' experiences and self-assurance are actually gifts that come with age," Ma added.

Women entertainers in China and other parts of the world have become increasingly vocal about age discrimination as a cause for mid-career crises.

Meanwhile, many western women celebrities like Nicole Kidman and Jennifer Aniston have spoken against the stigma that comes with age and the lack of job opportunities as they get older.

And Chicago Tribune predicted "older women confronting ageism" as the next Me Too moment, referring to the movement against sexual harassment and sexual abuse since the widespread allegations against Hollywood producer Harvey Weinstein in 2017.

While many people see the successfully staged show as a progression in challenging society's rampant youth-obsessed pop culture, others remain doubtful and critical.

Some viewers reveal their aging anxiety has gotten worse after watching the show.

"My older sister had a meltdown last Sunday after watching the show. She became more anxious, as she found out she's a nobody nearing 30 while all those rich, high-achieving celebrities still look amazingly young in their middle age," reads one Weibo user's comment.

"My heart quivered as I heard 50-year-old Christy Chung say she still feels as young as 20 physically and would always be 18 at heart," reads a Weibo post by Tang Shuang, a senior fashion editor and former deputy publisher of Vogue China.

Chung, an actress from Hong Kong, revealed in the show she worked out every day to stay fit.

"The show actually points out the predicament faced by women — a woman's actual age is neither acceptable for the public nor for herself," reads the other half of Tang's post, which has so far attracted 77,000 likes.

"It makes me feel a bit uncomfortable when those sisters in their 30s, 40s, and 50s are still widely commended by some audience members and even media for looking young as in their 20s," commented Wang Chuan, a user on the Quora-like site Zhihu.

A viral article published by official WeChat account "jianpiao yuangong" points out the show's content has yet to measure up to what it preaches.

"The tryout results in the first episode show contestants in the 30-39 age group scored higher than those aged 40 and above. Doesn't this suggest the younger, the better?" an excerpt from the article reads.

Still, some industry insiders say the show could do nothing to shatter social stereotypes of middle-aged women.

She used to be the brains behind Hunan Satellite TV's signature talk show Day Day Up.

The assumptions refer to older women's bossiness and unruliness, which are in line with contestants' behavior, such as putting on airs, talking back to the coaches and sometimes even ignoring the rules, Zhang explained, adding the show's producers have sensationalized these qualities in order to keep the audiences engaged.

Wu Changchang, a journalism professor with East China Normal University in Shanghai, noted Sisters, a variety show, has to some degree adhered to gender stereotypes of women — their competition can be more dramatic and attracts more attention than that of their male counterparts.

"Critiquing a variety show like Sisters through the lens of feminism is not of enormous significance. But it can certainly bolster a sense of gender equality and the subject consciousness of professional women, especially those in their middle age," added Wu. He served as a screenwriting consultant for the hit girl group survival show Produce 101 in 2018. 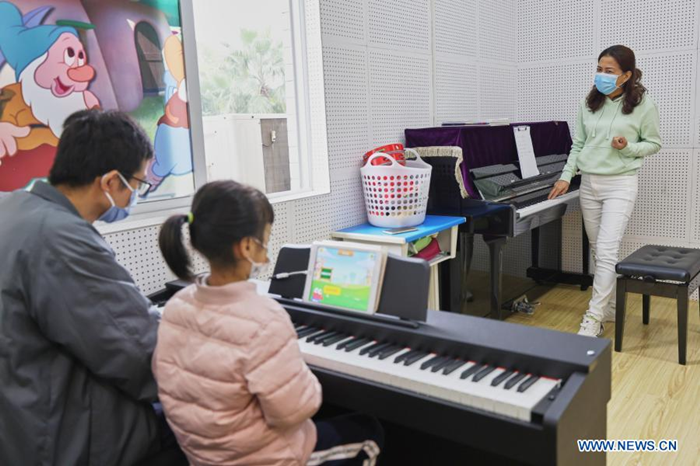