Guizhou Teacher an Example to All 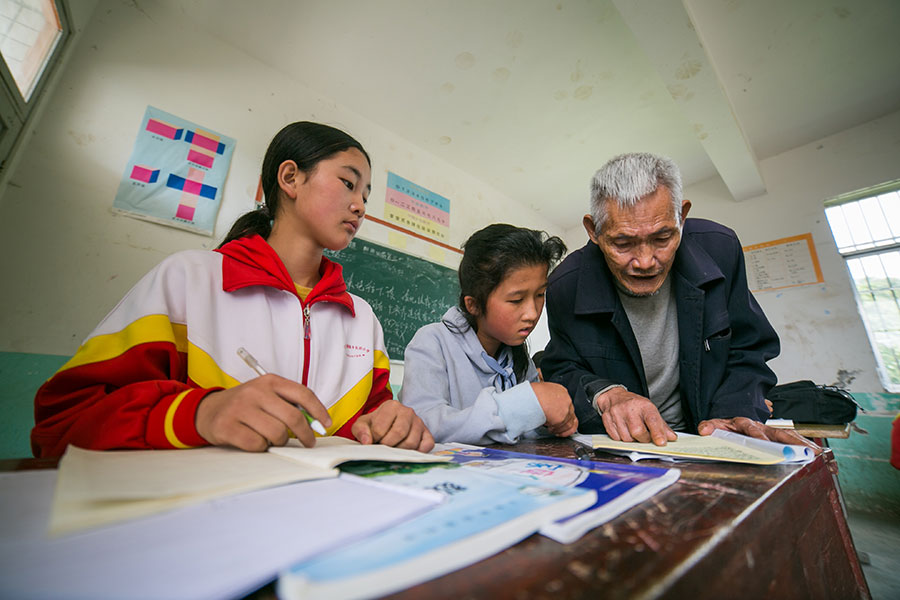 Jiang Wuyuan, 76, has devoted himself to education for 58 years in the most remote areas of Southwest China's Guizhou Province. He is so dedicated he has said he would continue teaching as long as he possibly could.

Jiang, a native of Changfeng Village in Dingxin Township, Guizhou's Bijie City, started teaching students at Changtian primary school when he was 18 years old. The school covers children from 10 nearby villages. 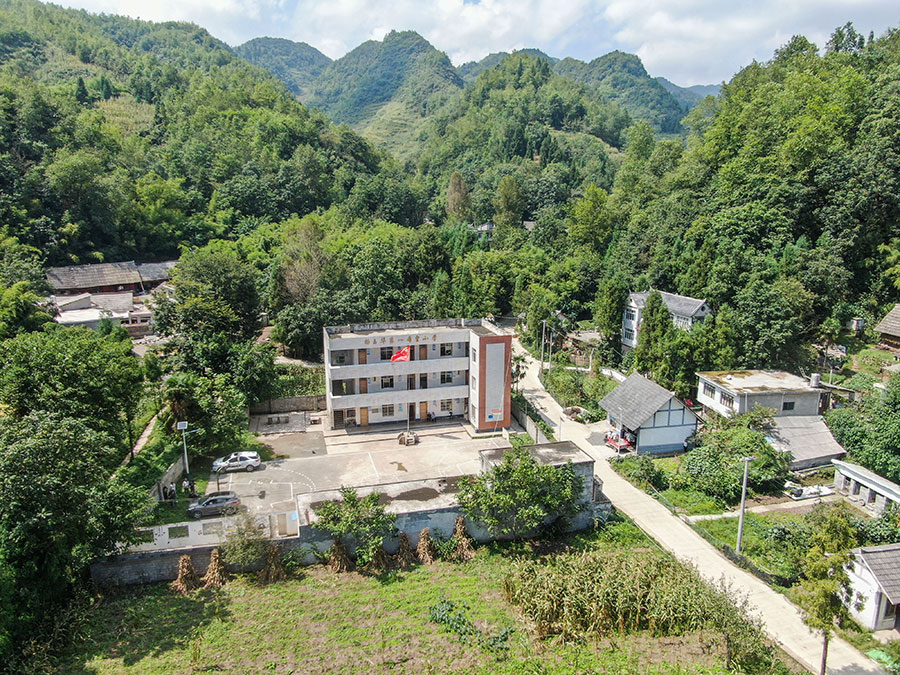 He still remembers his first days as an account of his village after graduating from Pojiao middle school. At that time, he was preparing for further study.

It was his father Jiang Zhaoyun, a teacher at Changtian, who asked him to teach. If not, he said, the school might be closed due to a lack of teachers. 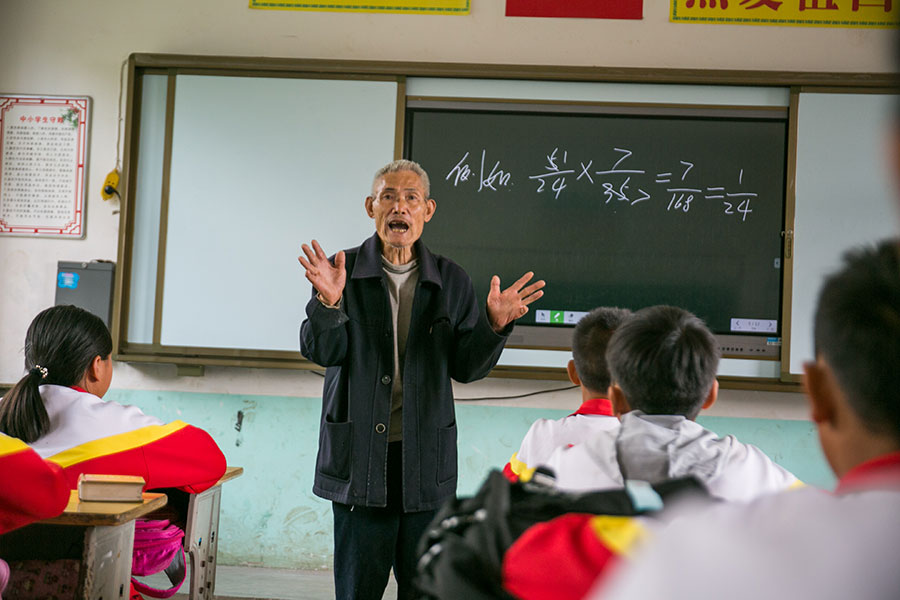 "If the school were closed, more than 100 children would have to go to a school more than 10 kilometers away, and a large number of them might drop out due to the long distance," Jiang Wuyuan said.

After considering the advice from his father, he finally accepted the post. From then on, he devoted himself to education, putting his heart and soul into the job. 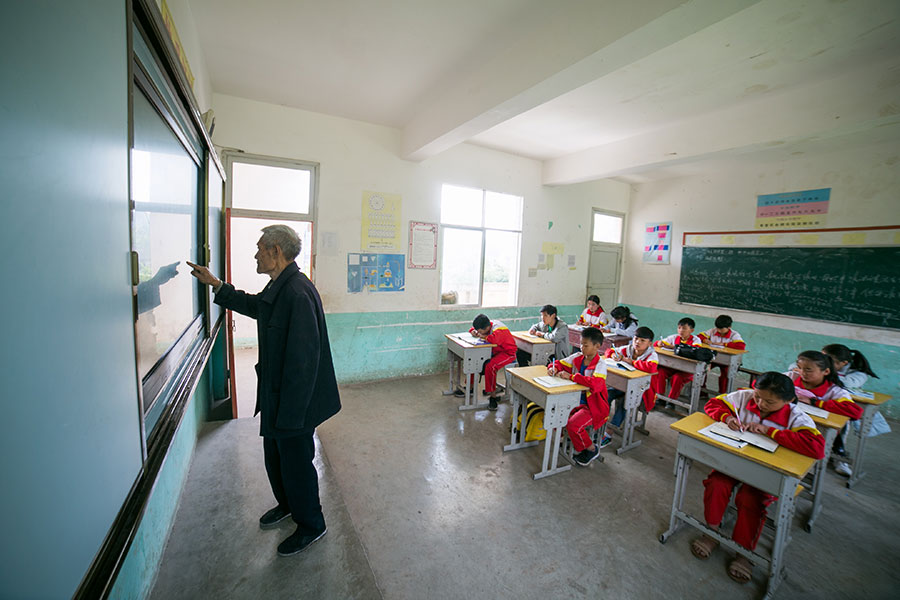 Zhao Chaowen, a student of Jiang Wuyuan, said he was ready to drop out of school, but Jiang convinced him to continue. Eventually, he enrolled in college and changed his life.

Jiang Rongfang, now a teacher at Changtian, had a similar experience. It was Jiang Wuyuan who convinced her to continue her studies, which led to her following in her own teacher's footsteps. 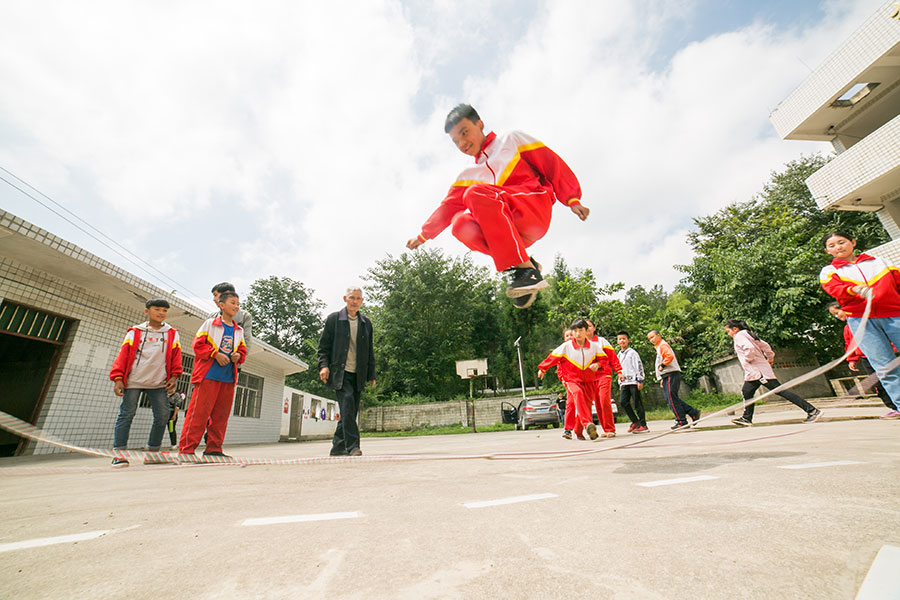 Among his students, more than 100 went to college and 3 received a postgraduate education.

Jiang Wuyuan retired from his post as Changtian primary school principal in 2003, but continued his teaching work up to now.