Hunan Province was the second stop of the ACWF's story-telling tour after the story-telling activity held in Jiangxi Province on July 1. Similar events will be held in Fujian, Guizhou, Sichuan and Shaanxi provinces and the Ningxia Hui Autonomous Region in the next few months.

Pingjiang County is one of the birthplaces of the Chinese revolution, and is known as "the cradle of the Red Army and the hometown of the generals" in China.

At Pingjiang's story-telling session, Chen Jiating told the story of the martyr She Yizhen, who jumped off a cliff to save her comrades in arms.

"The revolutionary martyrs were great. They had no hesitation and fear in battle. She was pregnant when she sacrificed her life, selfless and bold enough. What impressed me most is the martyrs' dedication to the revolution and to their beliefs," said Chen, sharing her thoughts after the event.

Another inspiring story was told by Tu Mingtao, 82, who shared his mother Zhu Yinmei's story of absolute sincerity and loyalty to the Party.

Tu's father Tu Zhengkun, who was then an adviser to the New Fourth Army Colonel, died in the Pingjiang Massacre on June 12, 1939. Tu's mother found half a kilogram of gold preserved by her husband that should have been used for the Party's activities when cleaning his relics.

As she couldn't find a Party organization at the moment, she took her young child begging for a living on the street, but kept the gold safe and secure. In July 1949, she handed the gold and even her own gold jewelry to the people's government after keeping it all for 10 years.

During the story-telling event held In Shaoshan County, hometown of Mao Zedong, one story was about Mao. He returned to his hometown in 1921 and persuaded his younger brothers and sisters to follow him in the revolutionary undertakings. Another tale is of Mao's cousin Mao Zejian, tracing her progress from a woman enslaved by feudalism to a pioneer for woman's liberation. These stories reflected the patriotism of Mao's family.

Sangzhi County was another important place of the Chinese revolution. It had more than 50,000 people participating in the Red Army, the guerrillas and the Red Guards, with over 10,000 people sacrificing their lives for the victory of the revolution.

Hunan Province is an important region for the Chinese revolution, and its revolutionary stories are numerous. With the deep-rooted revolutionary spirit, the province continues to write its stories of struggles, development and poverty alleviation in the new era.

During the event in Pingjiang County, a short play was performed to tell the story of the women in the county who strived to get out of poverty by making Hunan embroidery. This is one of the examples of the county's poverty-alleviation efforts, which have helped over 132,500 people and 37,000 households find new prosperity.

Sangzhi County is a main battlefield of the poverty-alleviation campaign in Zhangjiajie City. Wang Wei, the First Secretary of the Suoziqiu Village in Mahekou Bai Ethnic Township, shared his story of helping the locals escape poverty. With the idea of developing culture and tourism, it took the village three years to generate 3.5 million yuan (US $509,783) of tourism revenue.

In Pingjiang County, Yuan Jin'e, the granddaughter of the martyr Yuan Tai'an, told her grandfather's revolutionary story. Inspired by her grandfather, she left home at 18, and made a success in Beijing after years of hard work.

Though no longer in her hometown, she still has strong feelings and concern for the people in Pingjiang, and she has been offering help to Red Army veterans and left-behind children in the county.

The story-telling sessions were hosted by the ACWF and organized by the Publicity Department of the Hunan provincial Party committee, the Women's Federation of Hunan Province, the People's Daily website and China Women's News. Representatives of Party members and officials from Pingjiang, Shaoshan and Sangzhi counties attended the event.

The sessions in Pingjiang and Shaoshan were also broadcast via people.cn, womenvoice.cn and the China Women's News as well as commercial media platforms. 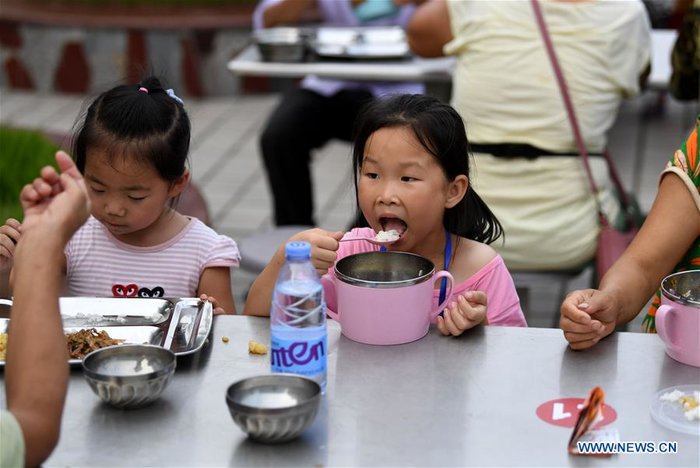