"Listening to the Sound of Flowers Blooming — the Story Sharing of the Spring Bud Project" was held in Beijing on September 4. 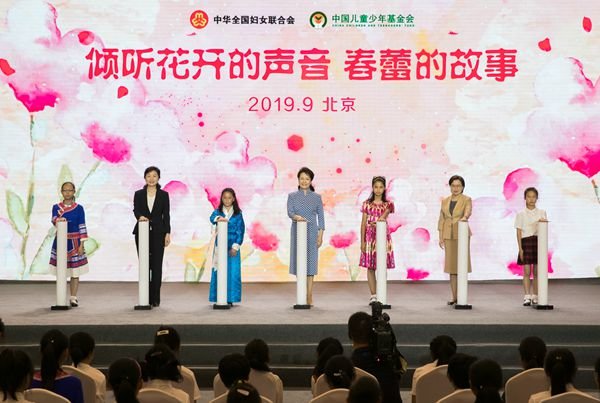 Peng Liyuan, who serves as the envoy for the promotion of girls' education of the Spring Bud Project, attended the activity and launched the "Spring Bud Project -- Dream of the Future" campaign. 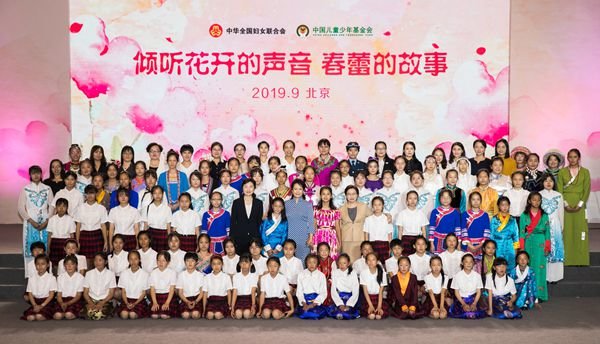 The participants of the activity take a group photo. [Women of China]

This year is the 30th anniversary of the Spring Bud Project, a public welfare program to help girls in poverty-stricken areas go back to school and improve local educational conditions.

The Spring Bud Project was launched by the China Children and Teenagers' Fund under the guidance of the All-China Women's Federation in 1989, and has received 2.1 billion yuan (US $293 million) in donations from 27.84 million people, assisted more than 3.69 million poor girls, constructed 1,811 Spring Bud schools and released 2.17 million copies of book about girls’ personal security.

During the activity, representatives of girls subsidized by the project, donors, teachers and staff members of the China Children and Teenagers' Fund and media reporters shared their stories about the Spring Bud Project, celebrating the faith and confidence of these girls in pursuit of their dreams.

(Source: Women Voice/ Translated and edited by Women of China)