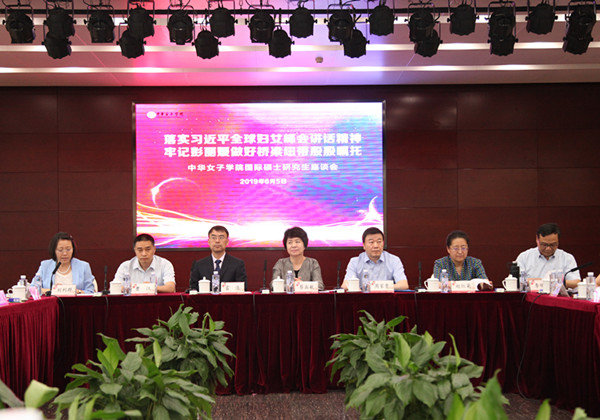 The China Women's University (CWU) held an international postgraduate-student symposium on June 5, to implement the guiding principles of President Xi Jinping's speech at the Global Leaders' Meeting on Gender Equality and Women's Empowerment and uphold Professor Peng Liyuan's stressing for the need to serve a bridge.

Zhao Hongju, Vice Director of the Liaison Department of the ACWF, also attended the meeting.

Cai stated that the launching of the "women leadership and social development" international postgraduate-student program is a way in which the Chinese Government honors the promise that President Xi Jinping had made at the Global Leaders' Meeting on Gender Equality and Women's Empowerment. 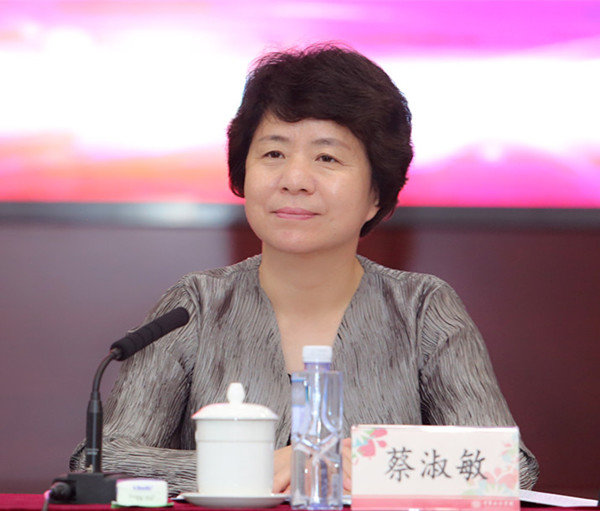 Cai also urged the CWU to acquire a better understanding of the guiding principles from the speech of President Xi Jinping and to reach a consensus on them as they work to implement the international postgraduate program.

Li Mingshun, Secretary of the Party Committee of the CWU, said at the meeting that the CWU should attain a deep understanding of the guiding principles from President Xi Jinping's speech, always keep in mind Professor Peng Liyuan's stressing for the need to serve as a bridge, excel in MOFCOM's foreign aid training program and the short-term training program. Li Mingshun delivers a speech at the symposium on June 5. [China Women's University]

Li said it would help the university to demonstrate the achievements of Chinese women on higher education and establish it as a center for serving China's overall diplomacy.

Lei Hao encouraged international students to fully take advantage of their studying in China to contribute to the development of women.

Zhou Jiagui fully acknowledged the UNESCO Chair in Media and Gender hosted by the CWU and the Communication University of China. He indicated that he would promote the cooperation within the field of women and girls' education between the CWU and UNESCO.

Cao Jiang hoped that in the future the CIDCA and the ACWF could initiate more training programs for women from developing countries. An international student shares her experience in China on June 5. [China Women's University]

The symposium was chaired by the CWU President Liu Liqun.

She thanked the ACWF for being concerned about the development of the CWU and its talent cultivation, as well as for its special care and support of the university's training program of the international postgraduates. Liu said that under the leadership of the ACWF's Leading Party Members' Group and with the support of related government ministries and commissions, the CWU would comprehensively implement the guiding principles from President Xi Jinping's speech at the Global Leaders' Meeting on Gender Equality and Women's Empowerment, uphold Professor Peng Liyuan's stressing for the need to serve as a bridge, strive to provide high-quality curricula, services and a sound environment to international students for growth and self-improvement. 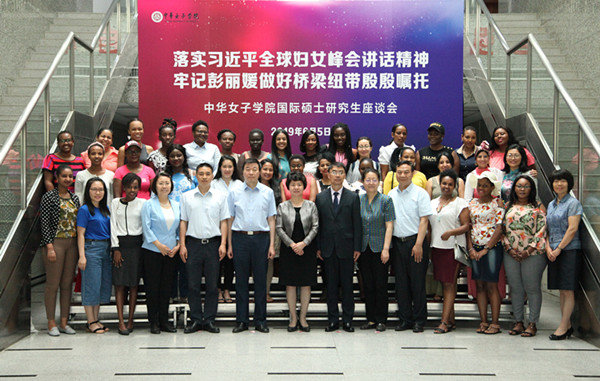 (Source: China Women's University/Translated and edited by Women of China)