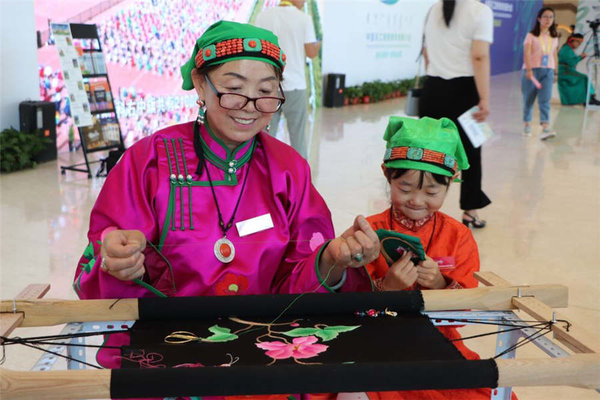 The exhibit was a sideline event of the Conference on Inheritance and Innovation of Chinese Handmade Embroidery, which was held in Ulanhot from Thursday to Friday.

The time-honored needlework is one of the most outstanding cultural treasures in China. Up to now, more than 30 kinds of embroidery styles have been inscribed on the country's state-level intangible cultural heritage list, containing the Mongolian embroidery — represented by Hinggan League's Horqin Right Wing Middle Banner.

Horqin Right Wing Middle Banner's embroidery industry currently involves 21,000 people in 173 villages, including more than 2,800 who are impoverished. According to official statistics, the needle craft helped increase the annual income of local poverty-stricken people by around 2,000 yuan ($290) per person in 2018.