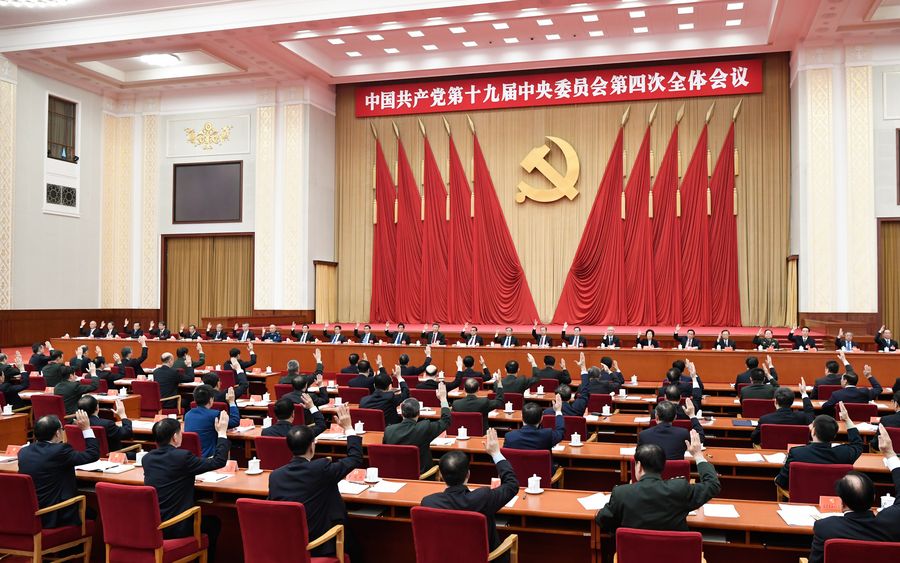 The fourth plenary session of the 19th Central Committee of the Communist Party of China (CPC) was held in Beijing from October 28 to 31, 2019. [Xinhua]

The 19th Central Committee of the Communist Party of China (CPC) concluded its fourth plenary session in Beijing on Thursday with the release of a communique. The session reviewed and adopted the CPC Central Committee's decision on some major issues concerning how to uphold and improve the system of socialism with Chinese characteristics and advance the modernization of China's system and capacity for governance.

We should make effort to earnestly sum up the remarkable outcomes and valuable experience in deepening the reform, consolidate the achievements, continue to improve the functional system of Party and state institutions and modernize China's system and capacity for governance.